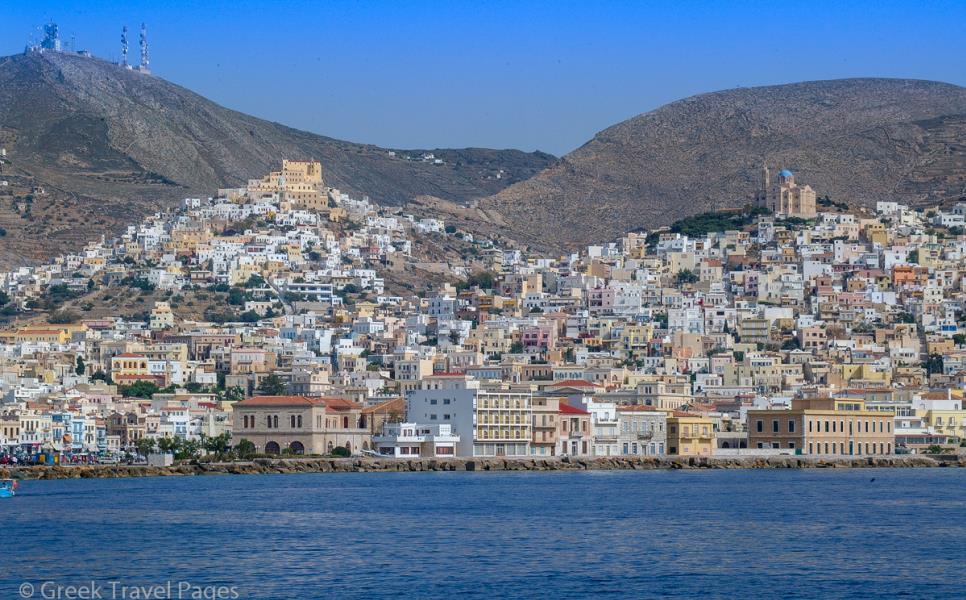 Syros is an island of the Cycladic Archipelago, of which it is also its administrative centre. Thus its capital, Ermoupolis (or Hermoupolis), is also the capital of the entire archipelago. Its land is mountainous and barren, with some fertile small valleys. Its coasts are lined with beautiful sandy beaches and rocky inlets, lapped by the crystal waters of the Aegean Sea. One of the attractions of the island is its very interesting neoclassical architecture, which makes it different from the other Cycladic Islands.
Syros was inhabited from Prehistoric times and archeological finds testify that it was an important centre of the Cycladic civilisation. The island was first colonised by the Phoenicians, who gave it the name Syros, which means "rocky". Later the Ionians founded two important cities, one on the site of today’s capital and the other on the site of the village of Posseidonia. During the Persian Wars it was an ally of the Persians and later of Athens. Syros was conquered in turn by Macedonia, Egypt and Rome. In Byzantine times, it became a possession of France and later of Venice. Under the rule of these two powers, Catholicism took such a strong hold of the region that Syros was to become the only island of the Aegean Sea with exclusively Catholic inhabitants.
In 1537, it fell into the hands of the Turks, but the continuous support of France made their domination more tolerable. With the beginning of the War of Independence in 1821, inhabitants from the islands of Chios, Psara and Smyrni took refuge here. They brought the art of modern shipbuilding to the island. From this historic moment, Syros turned into an important commercial and seafaring center of the Aegean Sea. Today’s capital, Ermoupolis, was constructed at that time.The Orthodox religion of these immigrants started to spread throughout the island. Syros began to lose its importance only when the port of Piraeus became the principal port of Greece.
This text is cited Apr 2003 from the University of Patras' XENIOS DIAS website URL below, which contains images. 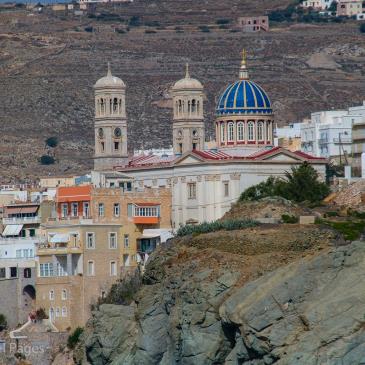 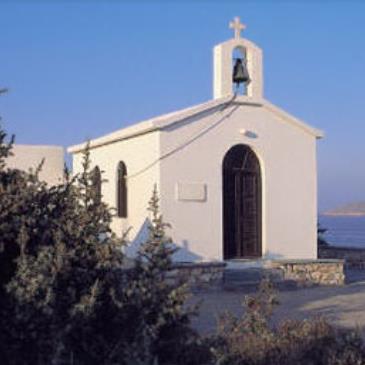 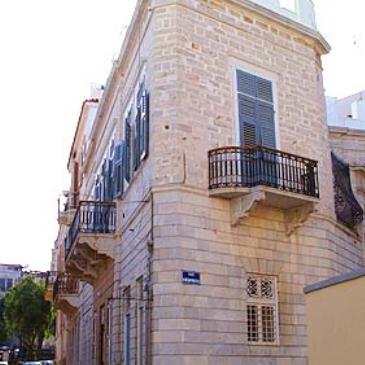 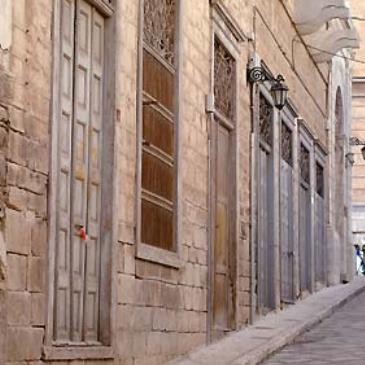 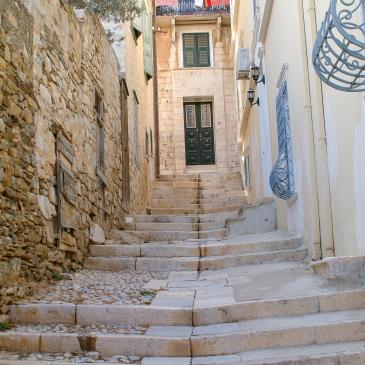 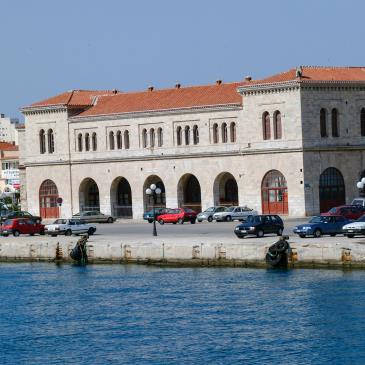 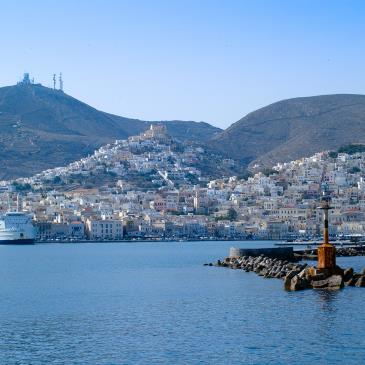