Western Achaia is one of the most beautiful parts of the Greek land. The visitor will be stunned by the sudden scenery changes, the exquisite sandy beaches, as well as the popular resorts on the slopes of Erymanthos and Panahaikos.
Kato Achaia is the most important commercial and intellectual centre of the area. According to historians, in antiquity this must have been the territory of the city of Dyme, a member of the Achaean Confederation. Its residents had participated in all national contests and they had developed a remarkable civilization while keeping the name of Achaia, which, according to Homer, was the first name of Greece.
Araxos airport, which is the only place in Achaia where an airplane can land on is not far from Kato Achaia. Metohi with a wonderful Museum of Natural History is also nearby.
The golden beach of Kalogria, an endless sandy beach with sky blue water and an exotic atmosphere, together with the pine forest of Strofylia, composes and idyllic landscape famous all round Europe.
Pappas pond and the wetland of Prokopou consist a rare ecosystem of unique beauty and great scientific interest. It is here where Teichos Dymaeon, as well as many archaeological ruins, lie.
Along the coastal strip starting southwest of Patras and extending down to the western border of the Prefecture we meet on the waterfront many scenic villages with significant tourist services. Such villages are Vrahnaika, Kato Alissos, Niforeika, Lakopetra, Alikes, a fishermen’s village and a Commune of the Municipality of Kato Achaia is not far form there either.
In the interior of Western Achaia, in the area of Chalandritsa, the excavations of 1928 brought into light burial grounds of the Mycenaean era. Similar remains were discovered in the Community of Portes in 1995.
Katarrachtis, Demesticha, and Leontio (where the ruins of an ancient city and a theatre of the 4th B.C. century are exposed) are three of the most picturesque villages in the area, and so is Michas, which is set 1,100 m. above sea level. The whole are is situated right on the site of ancient Tritaea, offers very good tourist services, as well as an amazing view. The surrounding area of Fares is equally remarkable for its traditional communes and the obvious traces back to the time of Frankish rule. In Skiada the ancient Tower of a Byzantine general, Doxapatri, has escaped destruction, whereas further south lie the scanty ruins of the castle of Paleologos. Sandameri is the favourite area of parachutists who organize games of perpendicular and vertical free-falling.
Last but not least, the monasterial cluster of Movri foothills (Agios Nikolaos Spata, Batha, Maritsa, and Filokali), which attract a large number of visitors, also belong to Western Achaia.
This text (extract) is cited March 2004 from the Prefecture of Achaia tourist pamphlet (1999). 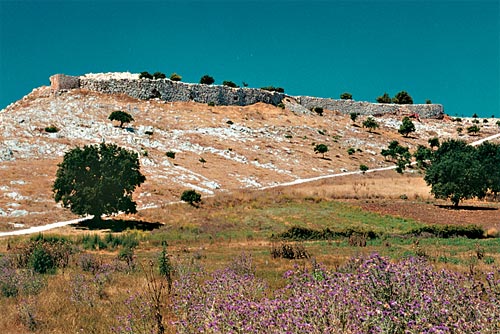 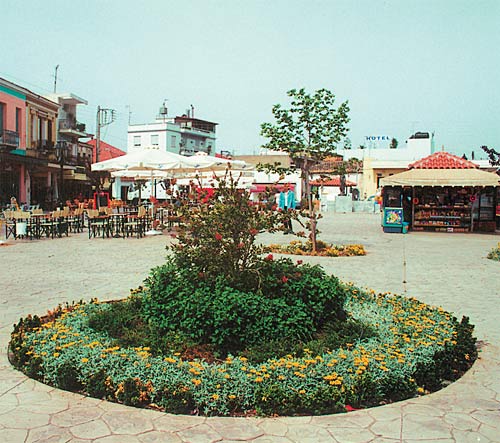 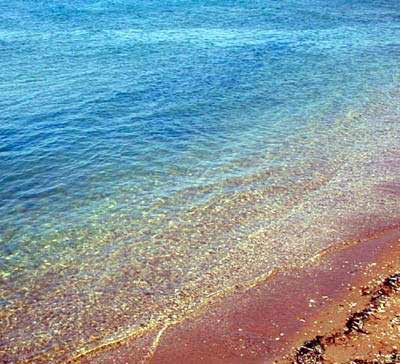 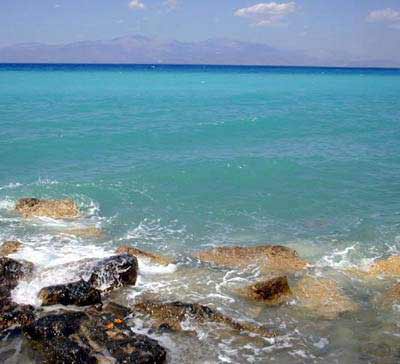 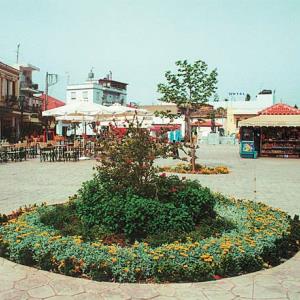 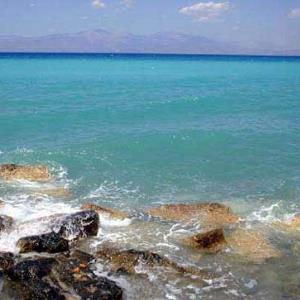