Karfas, with its beautiful beach, is the harbor (Skala) of Thymiana. Situated 5 km from the town of Chios, it has evolved into the largest tourist resort of the island. Every summer, thousands of vacationers gather on the beautiful beach to enjoy the cool waters of the day and play with its fine-grained sand. The beach of Karfas is surrounded by large hotel units catering to more demanding tastes but has also a number of inns and rented rooms.
Being a tourist center, Karfas has an intense night life, Greek evenings are regularly organized at the various hotels; numerous bars and pubs, as well as discos, cater to those who like to dance.
Close to Karfas, in the area of the village of Vavili, there is the church of the Virgin Krina (Panaghia Krena), one of the most dazzling examples of 12th century island religious architecture. Inside the church, the walls are covered with many layers of mural paintings. The upper layer is the work of Michail Chomatis, one of the last artists of the 18th century Cretan School. The Byzantine tower of Agelastos, situated in the same area, is also quite interesting.
This extract is cited Febr 2004 from the Chios Prefecture Tourism Committee URL below, which contains image. 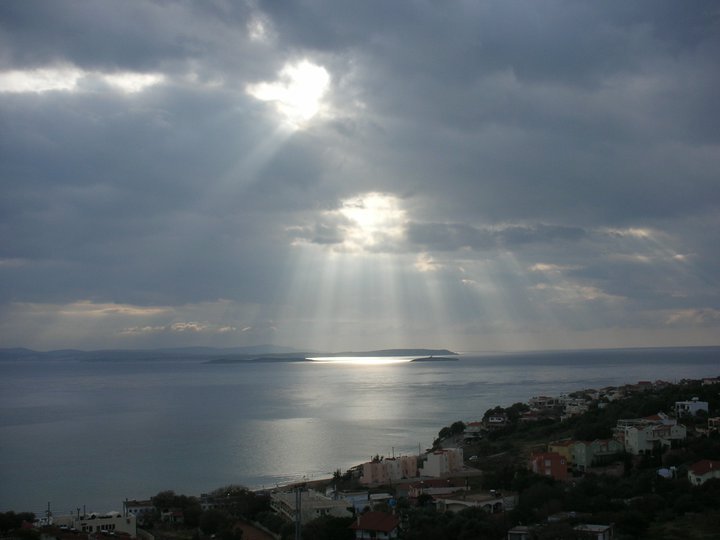 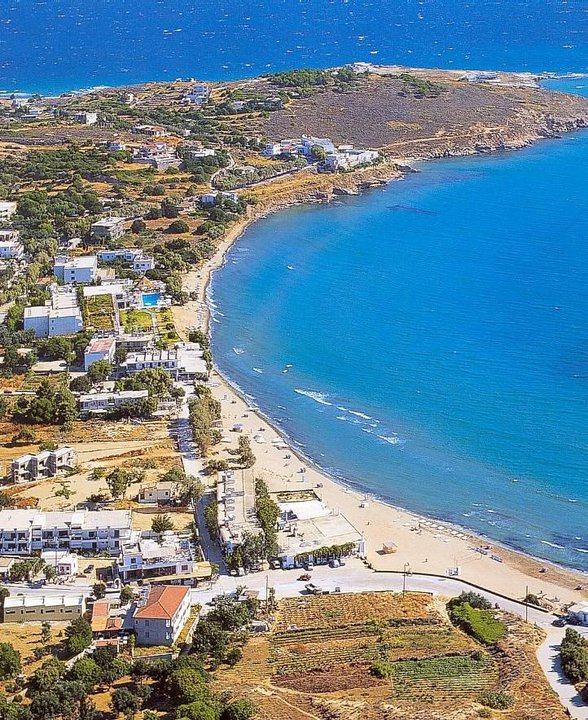 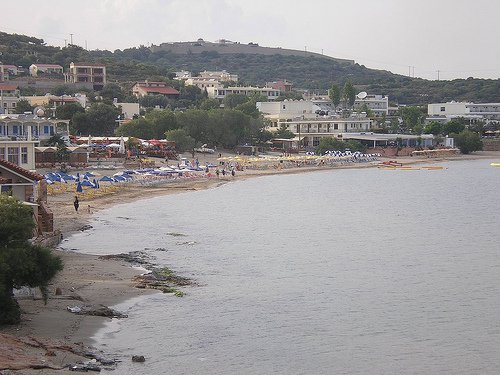 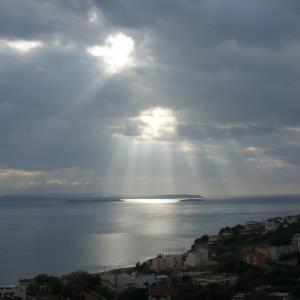 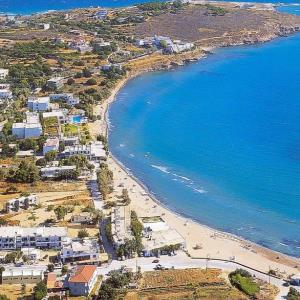 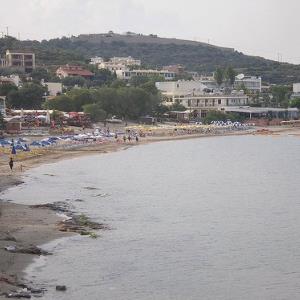