Marble statue of Athena (Minerva), Roman copy of a 4th century BC original

The new archaeological museum of Nikopolis is situated at the entrance of the city of Preveza and 1km away from the archaeological site of Nikopolis. The building, occupying a space of 2.150 square meters, was built between 1999 and 2001. The permanent exhibition, dedicated to the Roman and Early Christian Nikopolis, is housed in the two main exhibition halls of the museum. The exhibition aims at presenting the evolution of Nikopolis into a major political and cultural center of the Late Antiquity, particularly highlighting the crucial role of its geographical position between Rome and Constantinople. The first gallery focuses on the public sphere, presenting the historical evolution of the city from its foundation in 31 BC until the 10th century AD, while the second gallery illuminates aspects of every-day life in ancient Nikopolis.
Among the most important exhibits of the museum are:
- Funerary statue of a lion from the area of the theatre. Dated to the 3rd century BC.
-Marble statue of Athena found in the area of the odeum.
- Marble cylindrical base with a relief representation of Amazonomachy. In second use, it was incorporated in the pulpit of the basilica of Alkison (mid-5th century AD). As a result, part of the original relief decoration was replaced with mosaics depicting heads of saints.
- Marble head of Octavius Augustus, 1st century BC - 1st century AD. 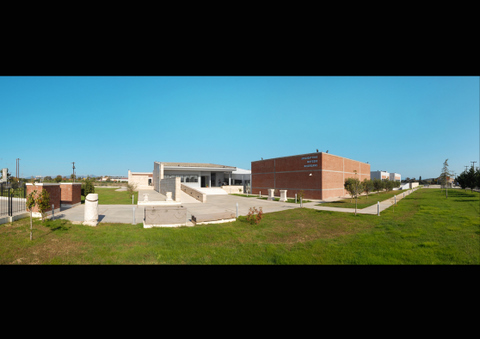 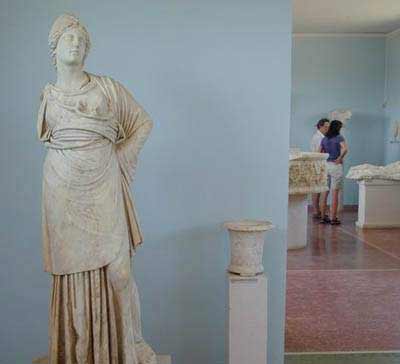 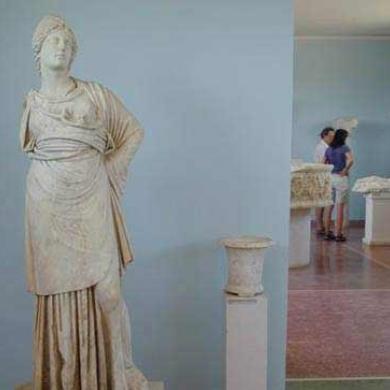 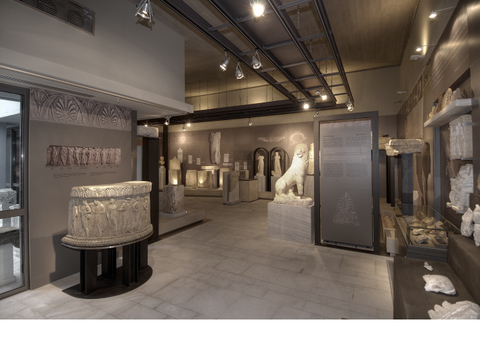 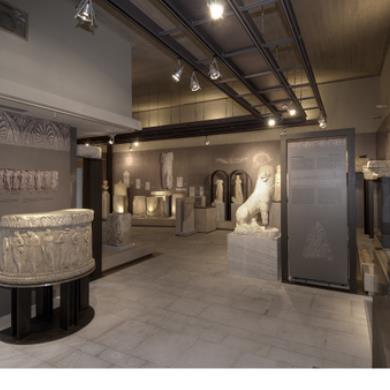 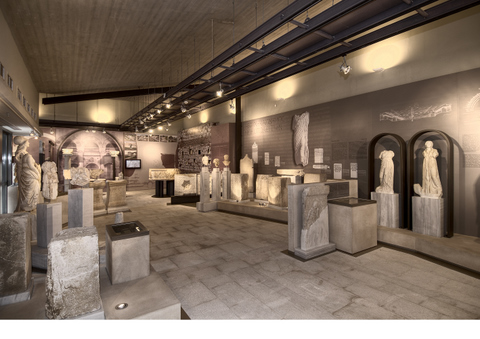 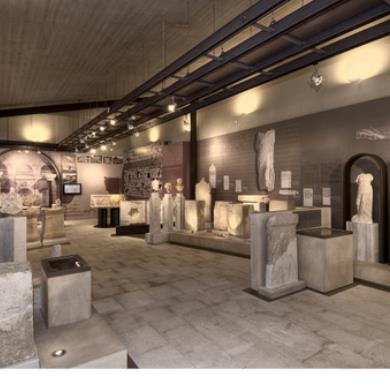 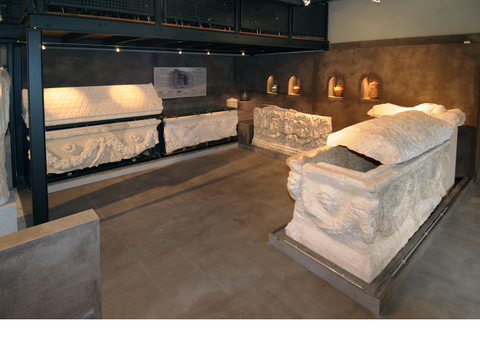 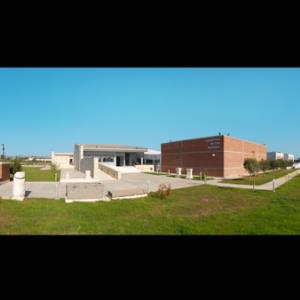 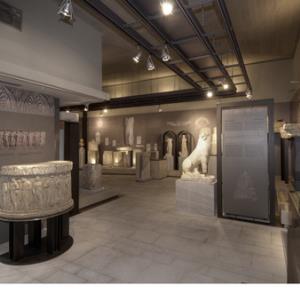 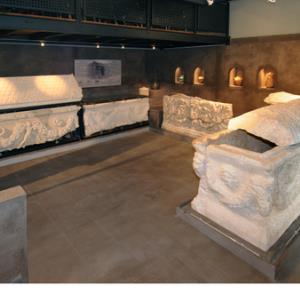