Archaeological site, Cultural heritage
Address: 22001 IERA MONI LOUKOUS , ARCADIA , GREECE
Tel.: +30 27550 23701
URL: http://odysseus.culture.gr/h/2/gh251.jsp...
During the last century many travellers had visited the ruins of the villa and had described various remains and findings . In 1906 Konstantinos Romaios read two inscriptions and identified with certainty the remains of the structure with the villa of Herodes Atticus.
Tradition wants a Turk with the name Veli-Pasas to be the first excavator of the site. In 1977 a small rescue excavation was carried out by Dr. G. Steinchauer. In 1979-1996 systematic excavation and conservation were undertaken by Dr. Th. Spyropoulos. The land was also purchased by the Greek Government and fenced. Τhe finds (numerous statues and mosaic floors) are exhibited in the Museums of Astros and Tripolis.


The most important monuments of the site are:
•Villa of Herodes Atticus. They have already been revealed the atrium, the artificial ditch-river, three porticos with mosaic floors, the exedra (platform), the Megaron and the baths of the south side of the villa.
• Bridge and aqueduct of the Imperial Roman times. 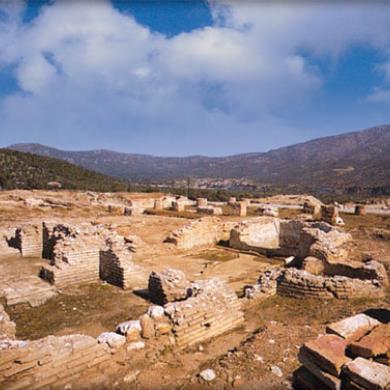 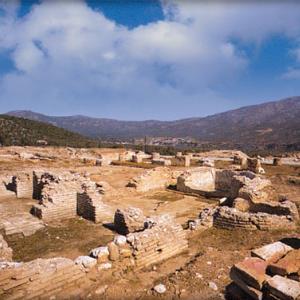