Monastery, Byzantine & Post-Byzantine Monuments, Cultural heritage
(Est. 1375)
AGION OROS , HALKIDIKI , GREECE
Tel.: +30 23770 23686-7, 23272
URL: http://odysseus.culture.gr/h/2/gh251.jsp...
It was built in the middle 14th century by the monk Dionysious of Koryssos in the Kastoria precinct, with the financial support of the emperor Alexius III Comnenos of Trapezous. In 1535 the monastery has been destroyed by fire. It was rebuilt and from then onwards its architecture and buildings remain unaltered.
It is one of the most bold architechtural structures, built on a rock, high above the sea. Although the inward space is rather limited, there is however not only the central church, but also several chapels, many of which are wall-painted. Inside the monastery there is also the defensive tower, built in 1520 and used periodically for the safe keeping of the monastery΄s library.
The monastery is inhabited today by a new dynamic monastic community, which has undertaken the redecoration of the old buildings.
The Katholican frescoes dated in 1546 are the work of the painter Georges, one of the main representatives of the Cretan school in the middle 16th century. The Refectory΄s frescoes had been executed in two separate phases: in the middle 16th century and in 1603. The monastery possesses one of the most remarkable collections of works of art (mainly portable icons) as well as illuminated manus cripts. 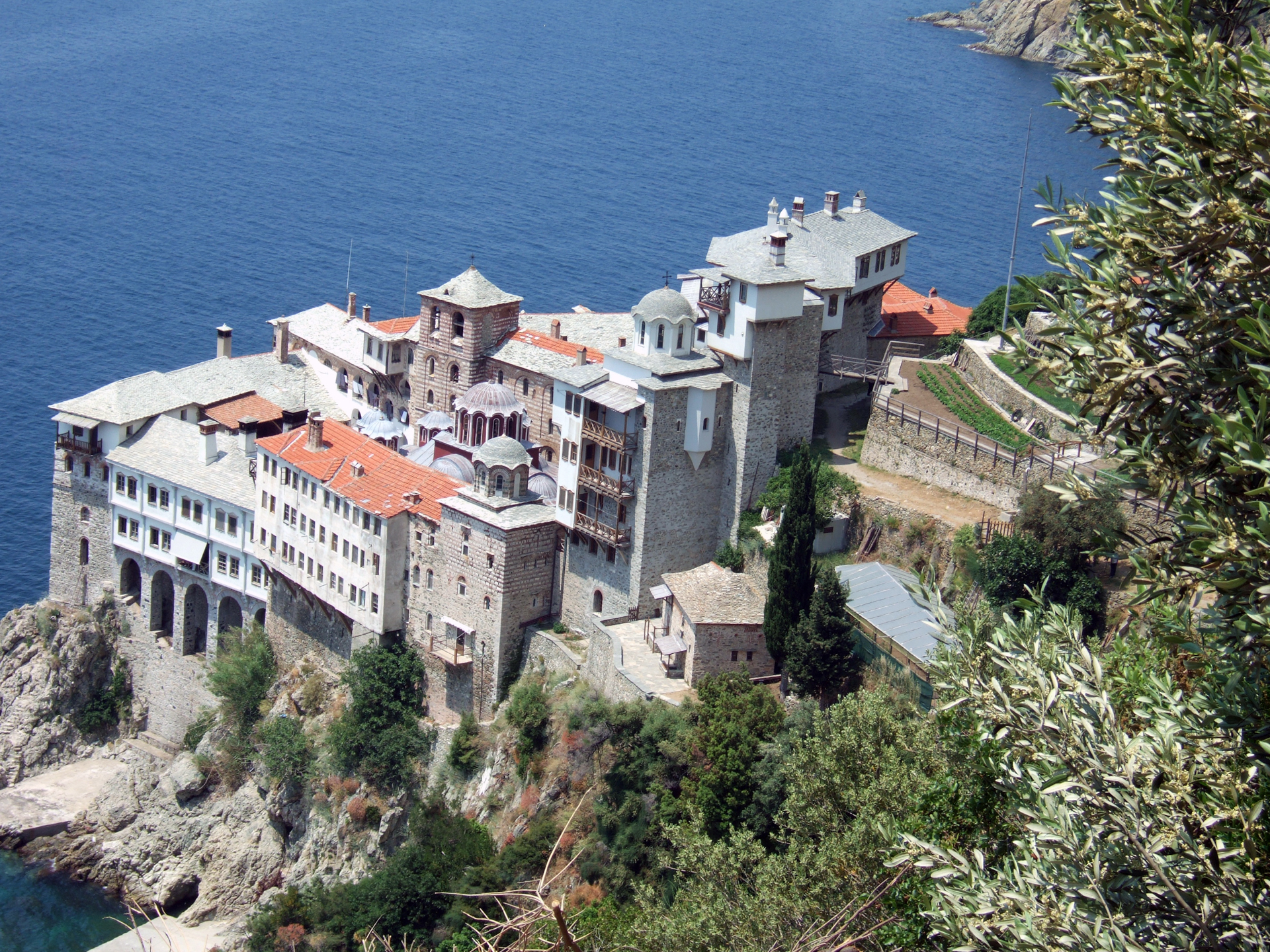 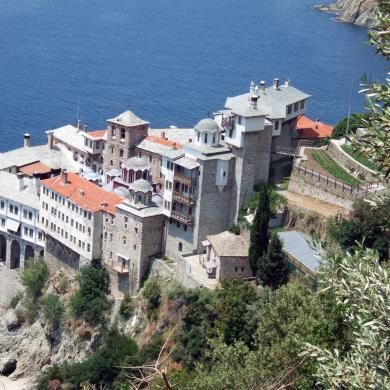 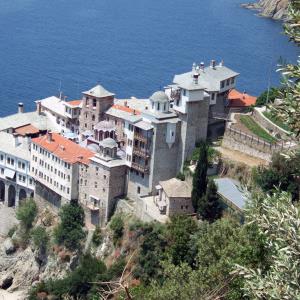