Monastery, Byzantine & Post-Byzantine Monuments, Cultural heritage
Established: 10th century
AGION OROS , HALKIDIKI , GREECE
Tel.: +30 23770 23245
URL: http://odysseus.culture.gr/h/2/gh251.jsp...
It is one of the most elegant and beautiful monasteries of the Holy Mountain, sited by the sea. One sees first the Refectoty (old and new) and ends at the uppermost point on a high tower which dominates the place. The Katholikon, which is equally high, has been built over the walls of the older church.
The monastery was founded during the second half of the 10th century; its foundation is attributed to Euthymios, a pupil of Saint Athanasius of the Great Lavra, who had the service of the "Docheion" (vessel), which gave the name to the monastery. The Katholicon and the Refectory were built and decorated with frescoes in the mid 16th century (1568). The wall-paintings of the Refectory are dated in 1675 and in 1700 (the northern part).
Apart from the 16th century frescoes in the Katholicon, there are also important frescoes of the 18th century in the exonarthex, which are excellent copy of the 14th century from other monuments. Equally remarkable is also the library of the monastery, where one can find, apart from the most important historic monuments, abour 900 manuscripts.
The monastery is inhabited by a very active group of monks who take care of its various needs -especially the hospitality to pilgrims and scholars. 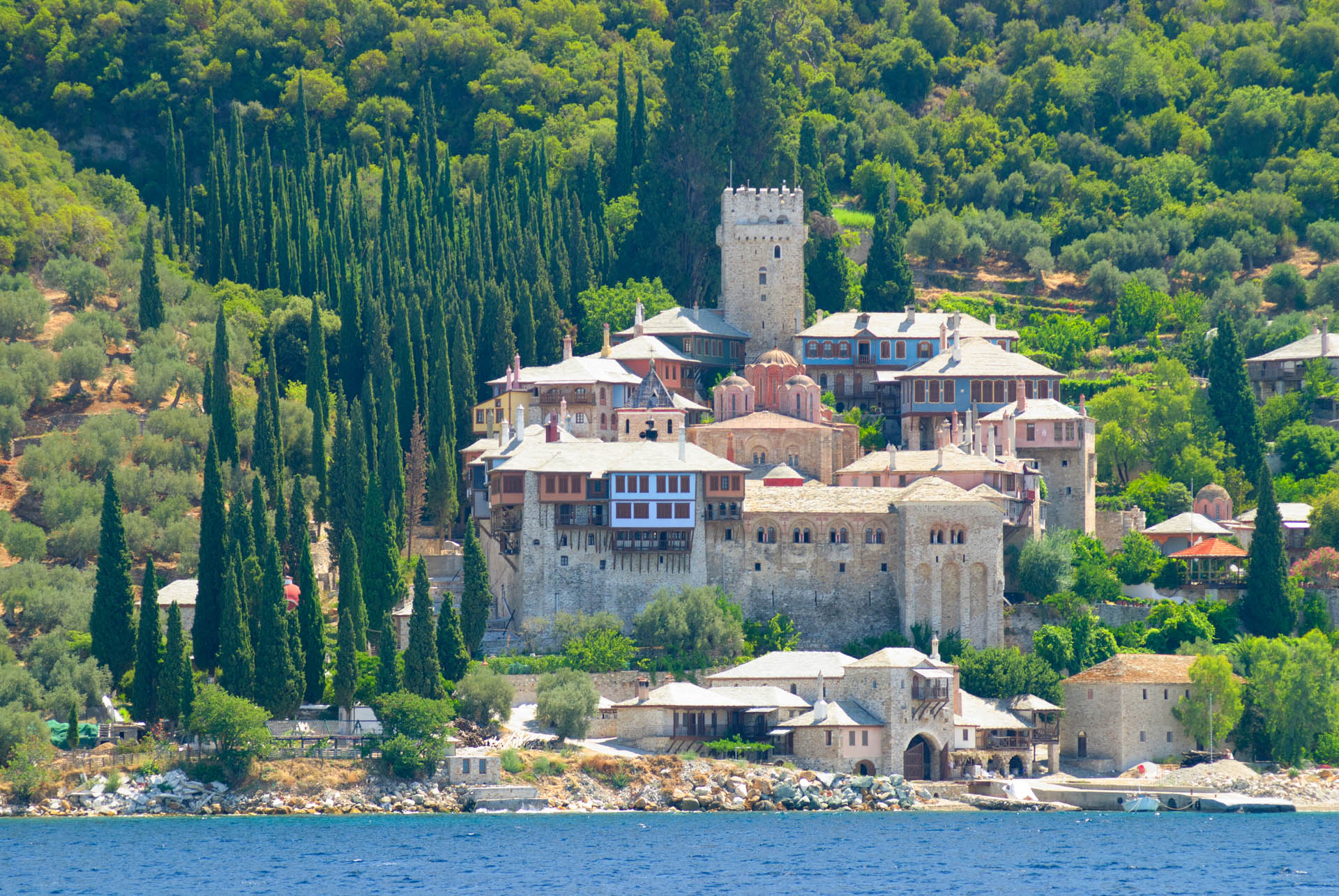 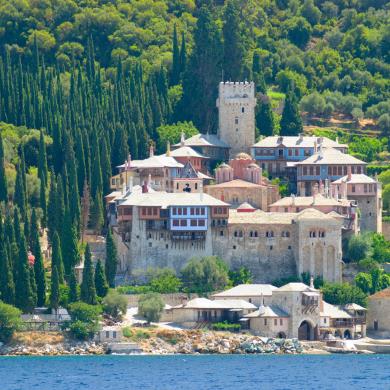 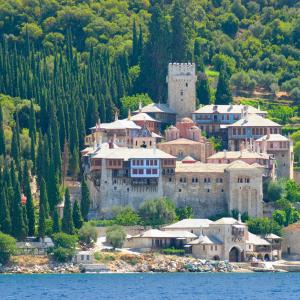