Monastery, Byzantine & Post-Byzantine Monuments, Cultural heritage
Established: 10th century
AGION OROS , HALKIDIKI , GREECE
Tel.: +30 23770 23653
URL: http://odysseus.culture.gr/h/2/gh251.jsp...
The monastery is built by the sea and surrounded by a rectangular wall which forms a rathwer spacious courtyard. In the middle one sees the Katholicon and around, the wings with the monks' cells, the guest-house and the refectory, which is a semi-detached building in the west wing, west of the Katholicon.
Με το here was always a monastery in existence with this name in the 10th century and apparently flourishing during the byzantine period. It has been pillaged by pirates many times, but again considerable power after the 18th century. The Katholicon was built in 1810 in the place of an older church that had been demolished, while the frescoes were made by the Galatista painters in 1811 and 1818. The monastery's oldest building is the refectory with its frescoes of 16th-17th centuries.
Apart from the Katholicon and the refectory, the monastery possesses an excellent collection of Byzantine and postbyzantine icons, among which the most remarquable is the mosaic icon of Christ. In the library one can see many rare manuscripts, among which the manuscript no 14 is set out for its remarquable decoration.
The monastery is inhabited be a large number of energetic monks who follow strictly the Athonite monastic tradition. 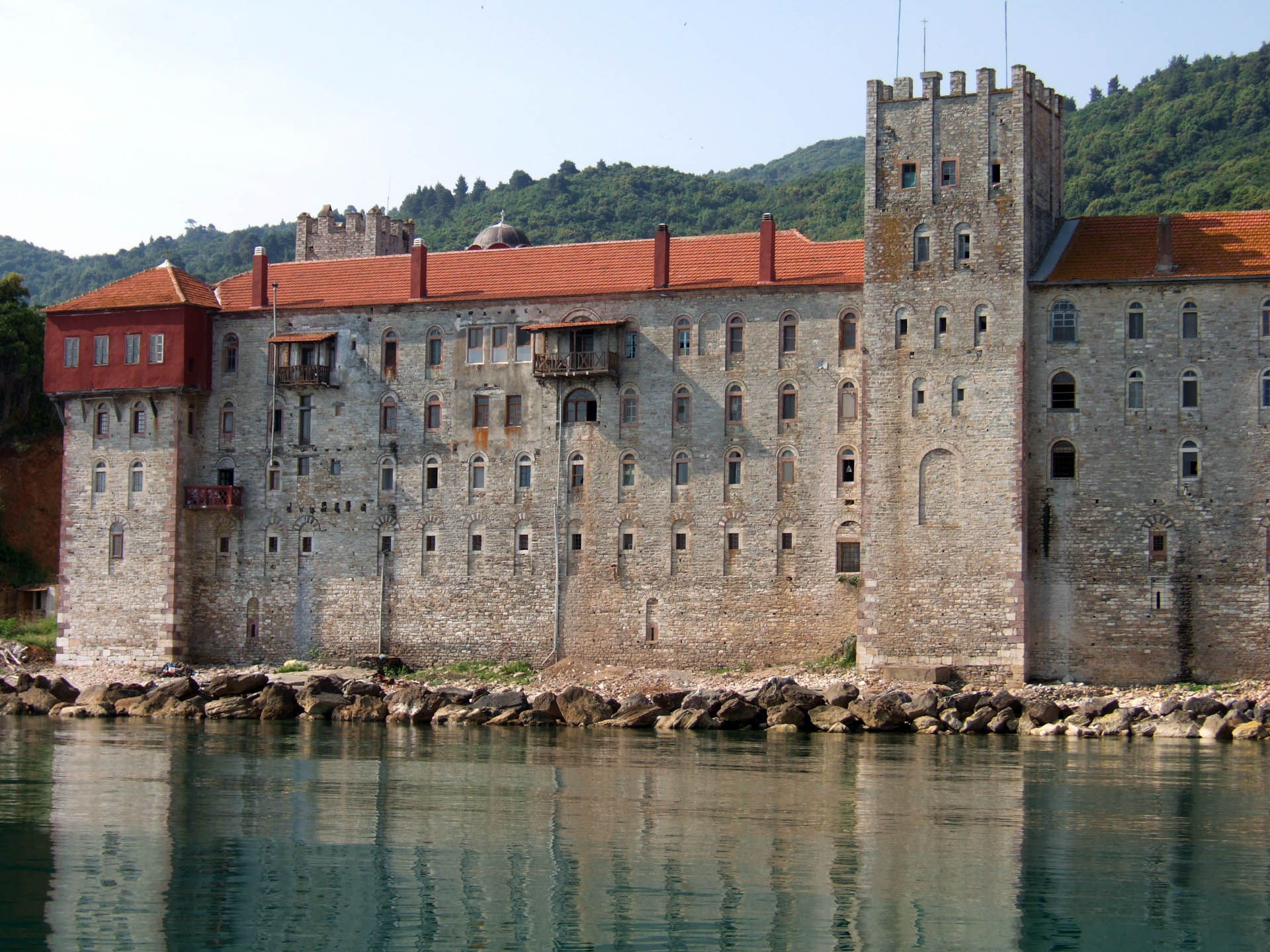 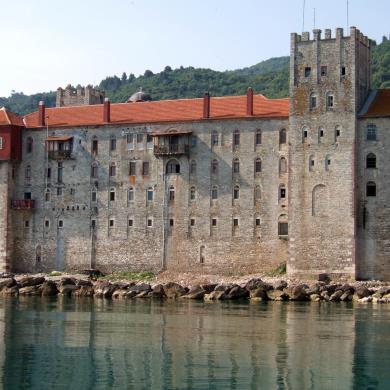 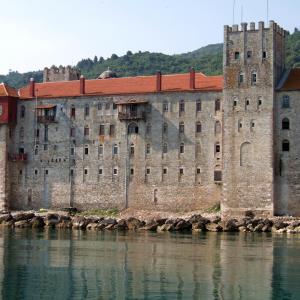