Monastery, Byzantine & Post-Byzantine Monuments, Cultural heritage
(Est. 11th century)
AGION OROS , HALKIDIKI , GREECE
Tel.: +30 23770 23226
URL: http://www.mountathos.gr/active.aspx?mod...
The monastery buildings are set in a rectangular shape with a rather vast courtyard, with the central church (Katholicon) in its center. The refectory is presently built a new (1995), while the central church, built in the 16th century, is covered with five domes and with a glass covered exonarthex.
The original monastery was built before the 12th century but in the 14th centutry, abbot Chariton of Imvros, receeded to the enlargement of the monastery; during its lifetime vast destructions were caused either by fire or by fall of rocks.
Apart from the Katholicon frescoes dated in the mid 16th century, the monastery possesses more than 600 manuscipts, many of which are illuminated, as well as imporant historic archive and a large number of old printed books. 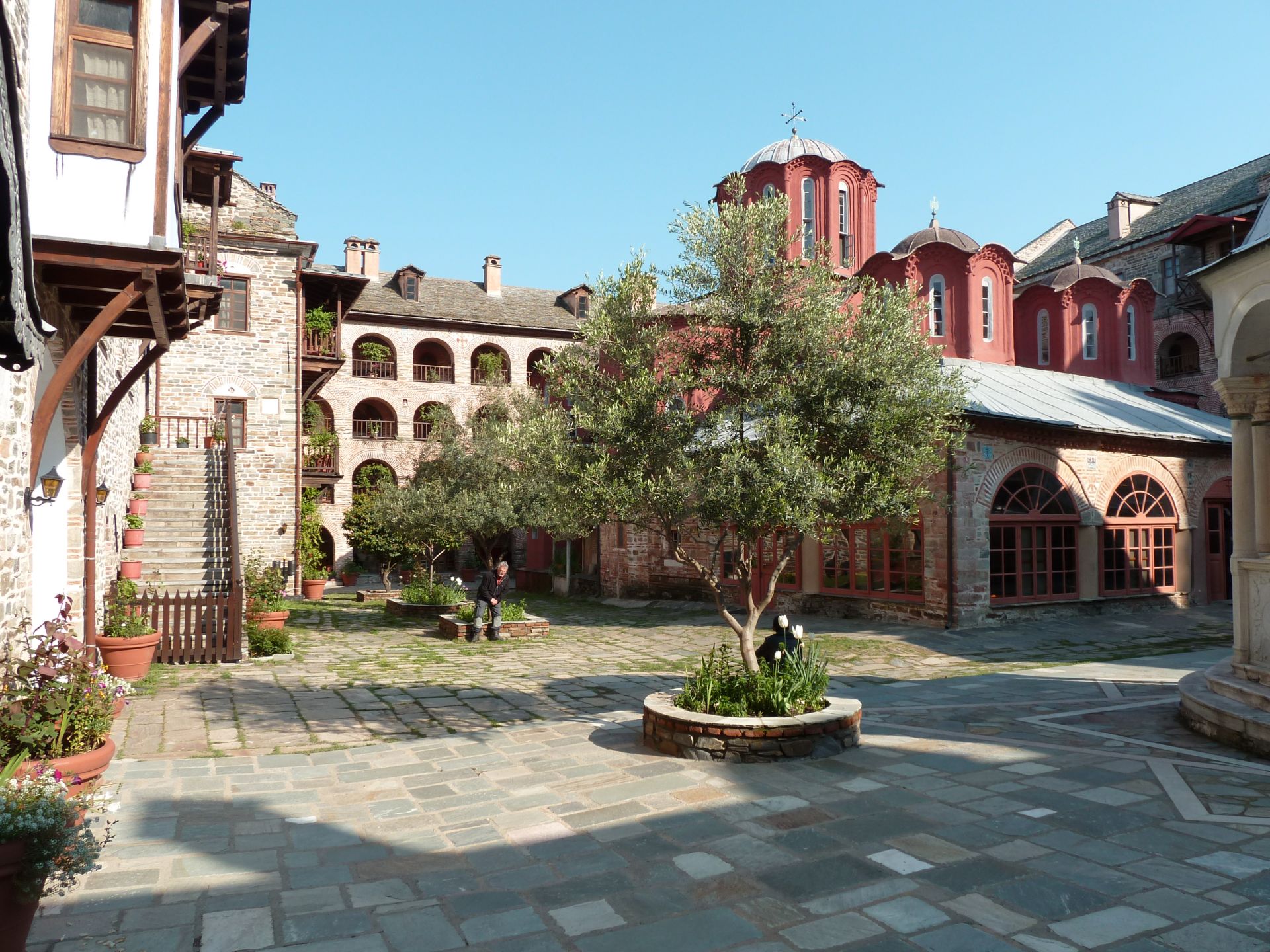 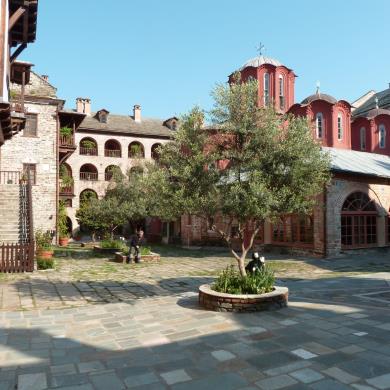 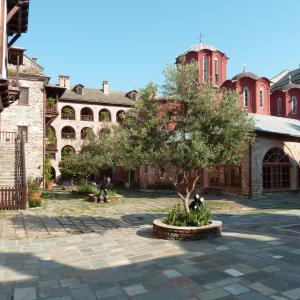