Monastery of Timios Prodromos - it was built in 1270 A.D. and, despite continuous destructions, it is nowadays a monument of exceptional beauty & a Museum of Byzantine Art

Monastery of Timios Prodromos - a severe blow was the looting of the library in 1917 by the Bulgarians; most of its treasure remains in Sofia

Monastery of Timios Prodromos - the extension of the church took place around 1300, when the catholikon church was built, preserved until nowdays, the dining room & high walls around the whole monastery

Monastery, Byzantine & Post-Byzantine Monuments, Cultural heritage
Established: 1270
Address: 62100 MONI TIMIOU PRODROMOU SERON , SERRES , GREECE
Tel.: +30 23210 71189
The Monastery of Timios Prodromos is located 12 km. NE of Serres, in the bottom of a ravine on Mt Menoikion. The catholicon (main church) was built in the 14th century and belongs to the single-aisled domed type with lite, narthex, exonarthex and an oblong roofed portico on the south side (Makrynariki). On the north side are two chapels and the belfry. The rest of the buildings are organized around the catholicon: cells, abbot's quarters, school, refectory, library, hostel. The wall paintings of the catholicon were executed in 1300-1333 and were continued in several periods, by various artists.
The monastery was founded in 1275-1278 by monk Ioannikios from Serres and a few years later it was renovated by his nephew, Ioakeim, bishop of Zichne. It soon developed to an important monastic centre with great financial prosperity, because it was favoured by the Byzantine emperors. Patriarch George Scholarios (Gennadios) died here and was buried in the catholicon.
The monastery, still functioning today, acquired its final form with the addition of many buildings during the Turkish occupation.
In the years between 1972 and 1986 the roofs of several buildings were repaired. Since 1986 restoration has been carried out at the cells of the east wing and at the north wing. 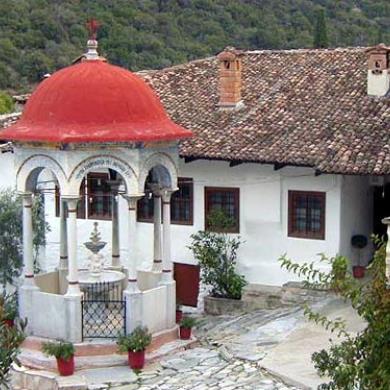 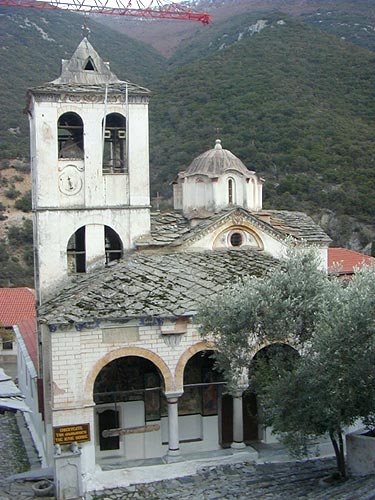 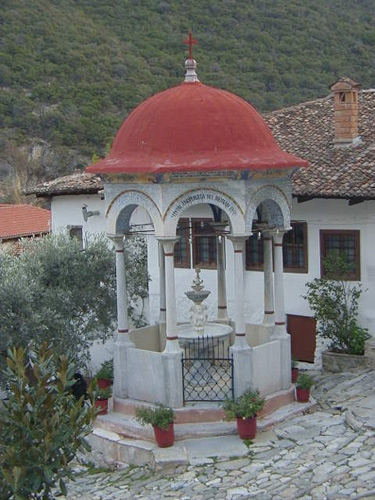 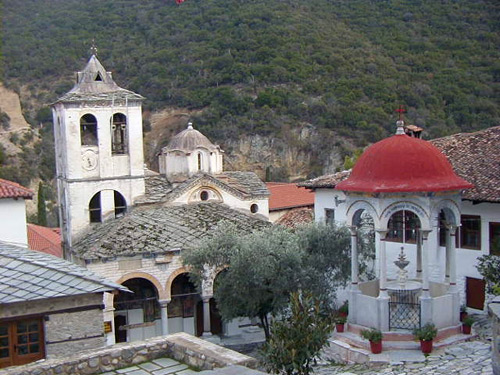 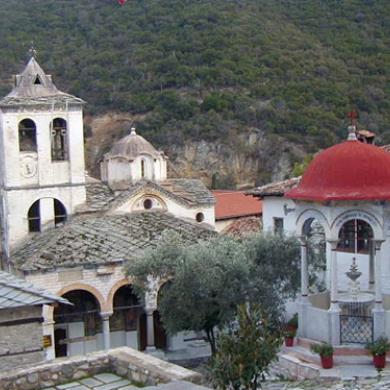 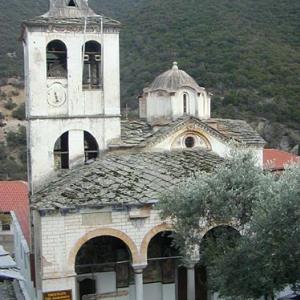 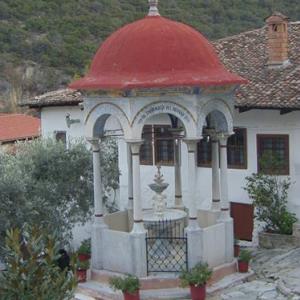