Ground plan of the ancient town at Rousolakkos

Aerial photo of the building 6

At the northernmost edge of the eastern coast of Crete lie the ruins of a settlement which flourished during the Late Minoan period (1550-1220 BC). At the same site, however, are preserved remains of the Early and Middle Minoan periods (3000-1550 BC), mostly cemeteries with well-built ossuaries, and ruins of spacious houses. The site ceased to be inhabited at the same time when Zakros was abandoned (1450 BC) but was reoccupied during the Late Minoan III period (1300-1200 BC). The city covered a total area of more than 50,000 sq.m., was densely inhabited but not fortified.
To the NE of one of the city's sectors lies the sanctuary of Diktaian Zeus, which belonged administratively to the city of Itanos. Cult practice was continuous from the Geometric period (8th century BC) until the Roman conquest. It seems that the sanctuary was plundered and destroyed by fanatic Christians at the end of the 4th century AD.
The site of the Minoan settlement, called Roussolakkos, was excavated by R.C. Bosanquet and in 1906 by R.M. Dawkins, both members of the British School of Archaeology at Athens. The excavated sectors of the settlement suffered destruction during the Second World War and much later, by a digging machine. In 1965-66 excavations were conducted in part of the settlement and on the neighbouring hill of Kastri. In 1986 excavations were resumed by the British School of Archaeology and are still in progress.

THE MINOAN TOWN
The settlement is divided in nine sectors by a network of streets, namely a central street running through the habitation area crossed by larger and smaller paved streets (some of them stepped). The town had an elaborate drainage system in all sectors. All the houses along the central street have imposing facades.
Sector B. It includes five houses with external walls built of large blocks, while the internal walls were build of mudbricks. The thresholds, the pavements of the floors and the column bases were made of a special kind of limestone, brought in by Kavo Sidero. The most important of these houses (rooms 1-22) had an entrance from the main street, while from the same room started a staircase leading to the second floor. Behind this room was an open courtyard with wooden columns, of which only the stone bases are preserved, alternating with square piers. Antechambers lead to the "megaron", the main room of the house which had four column bases at the corners of a square. This structure has been interpreted as a light-well. The house also includes kitchens, a lustral basin, a well, a domestic shrine, an oil magazine, a bath and a reception hall which was later divided into smaller quarters and converted into storerooms. Interesting in the same sector is the installation of an olive-press, and the pithoi employed for the storage of oil.
Sector D. It is the largest (1,800 sq.m.) and consists of many houses, the most important of which (rooms 18-40) has a "megaron" with a light-well, like the one in the main house of sector B. Also preserved is a channel which carries the rainwater from the open inner court to the street.
Sector C. The largest house of this sector has a luxurious facade made of large ashlar blocks, a second entrance, a "megaron" with light-well, a bath, and a workshop. Many of the vases found show egyptian influence in their decoration. The houses, as in other sectors, seem to have been destroyed by fire.
Sector E. It consists of at least four houses, some of which are built on earlier foundations; it is remarkable that one of these houses was occupied in historic times, as well. In the same sector a wine-press was also uncovered.
The sanctuary of Diktaian Zeus lies to the NE of sector X, inside the house foundations. An inscription broken in many pieces, preserving a hymn to Diktaian Zeus was discovered in the surrounding area. Of the temple are preserved only the precinct and the altar inside it. Antefixes in the shape of lion-heads were found in the same area. 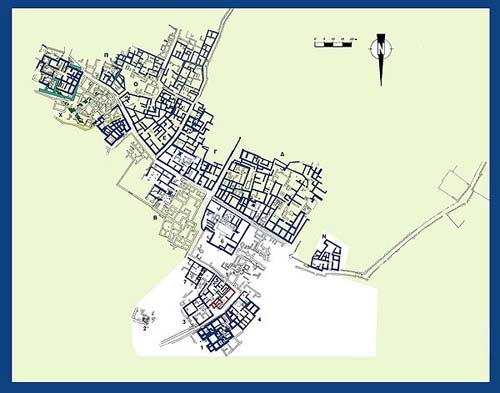 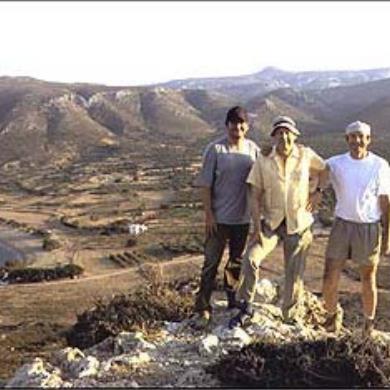 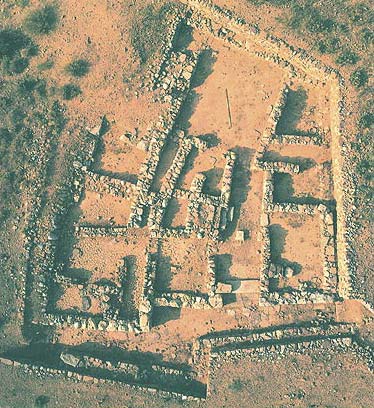 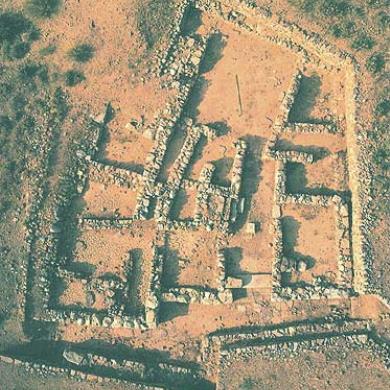 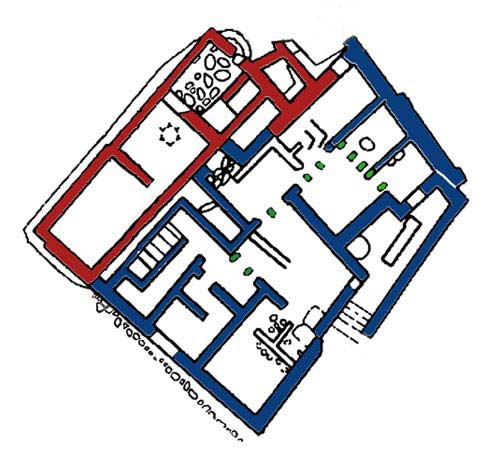 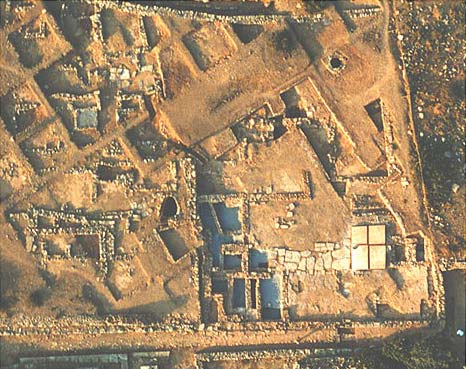 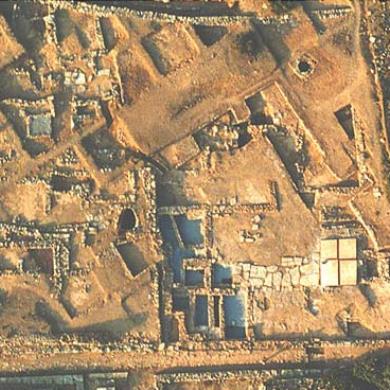 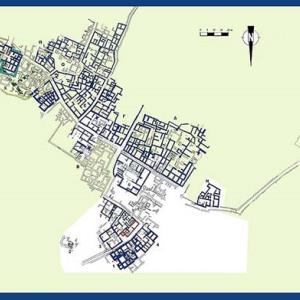 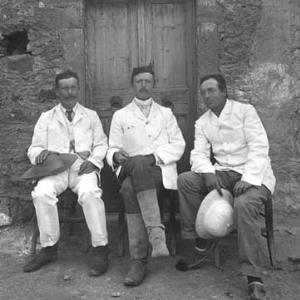 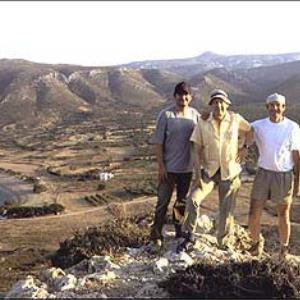