The Fortezza fortress of Rethymnon dominates the northern part of the town, in Palaeokastro hill

The Cathedral of Fortezza. It was founded in 1583 and dedicated to St Nicolas. During the Ottoman occupation it was turned into a mosque of Sultan Ibrahim.

The fortress of Rethymnon was built between 1573 and 1580 by the Venetians, for the protection of the city by the Turkish threat. It is starshaped with three gates and six bastions. The fortress enclosed the Commander' s house, the Counsellor' s house, barracks, stables, ammunition - storehouses, a cistern and private houses which were later destroyed. There was no systematic excavation on the site. Small-scale excavations have been conducted during the restoration works, in the course of which came to light remains of the ancient city.
Some years earlier, the 13th Ephorate of Byzantine Antiquities effectuated works of restoration and consolidation. The architect D. Pikiones had completed a study concerning a new project of the fortezza: a theatre for representations of the medieval cretan plays, tourist accomodations etc. Today the Municipality of Rethymnon in collaboration with the competent services, suggests a restoration study which will bring the monument to its full advantage.
The most important monuments and architectural complexes are:
The Counsellors' residence. It is formed of a ground floor and a first floor with large rooms. It was an imposing building, and served during the ottoman occupation, as an official residence. The Italian Remaissance palaces served probably as the model for its construction.
The Rector' s residence. It was an imposing complex. Today in ruins.
The Cathedral. It was founded in 1583 and dedicated to St Nicolas. During the Ottoman occupation it was turned into a mosque of Sultan Ibrahim. It is a large square room with a cupola. The only remnants of it are the minaret' s base and the mihrab.
Gunpownder-shorehouses. Inside the fortress there are two gunpowder-storehouses: They are rectangular buildings with vault and air-locks. The walls are thick with small doors and extra rooms for better safety.
Ammunition-storehouse. The ground floor and the first floor are covered with vaults. Over the entrance of the ground floor there is an arched lintel. Three pillars supported the wooden floor of the first floor, where several parts of guns were stored.
Possible Bishop' s Mansion. It is formed of two buildings: The larger, is a unified room covered with vaults, while the smaller is a latter addition. It is considered as the Bishop' s Mansion because of the Cathedral near by. 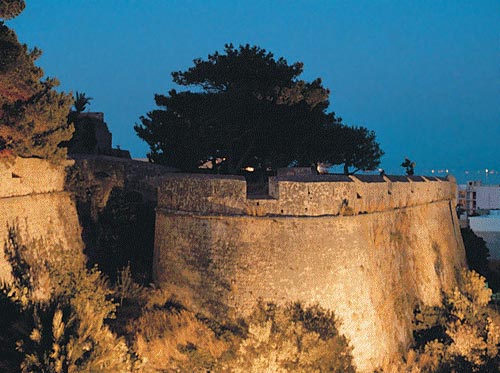 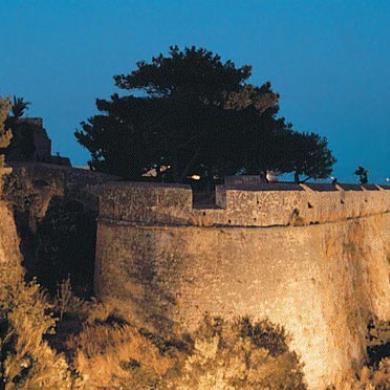 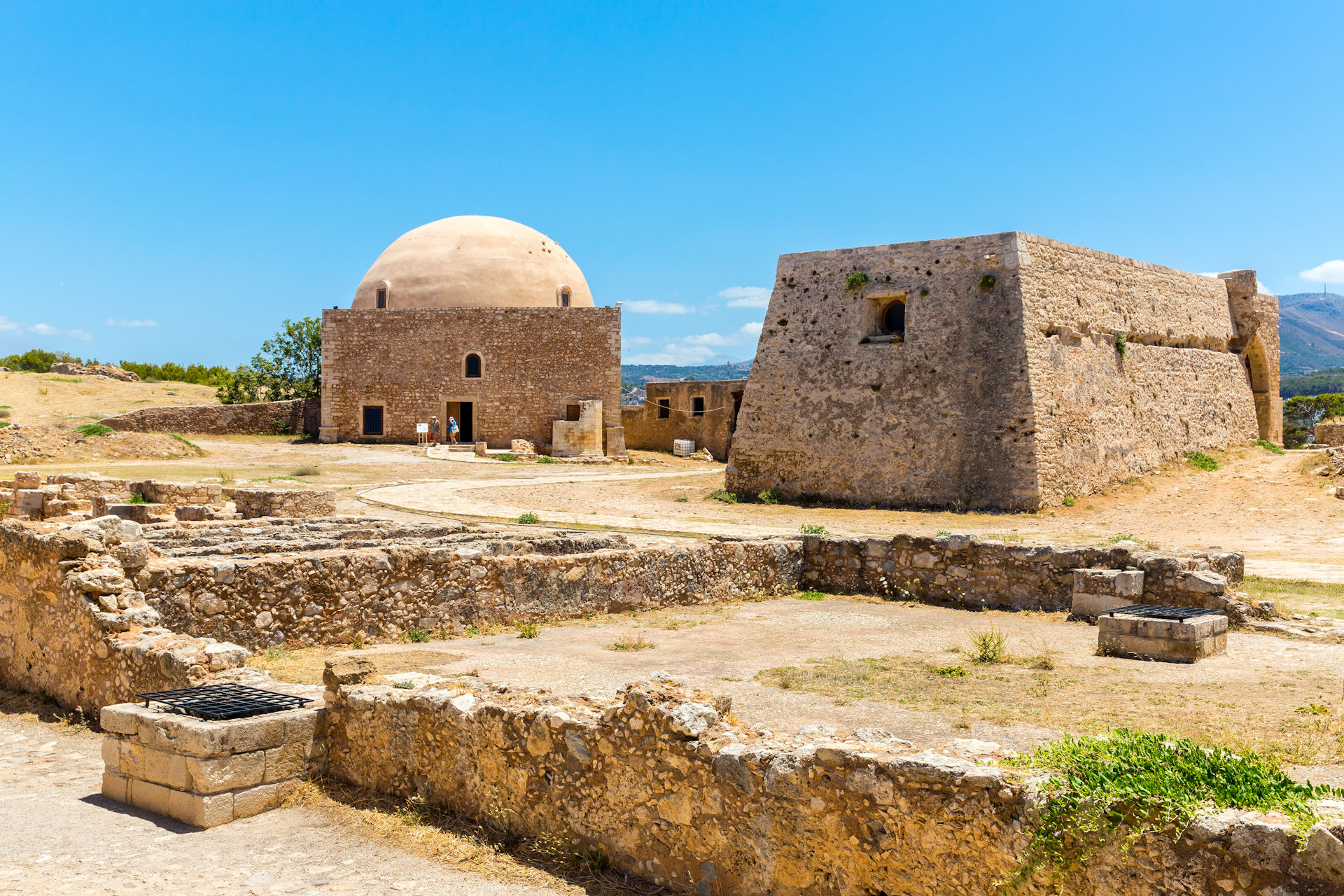 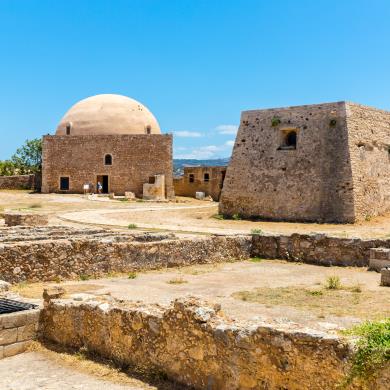 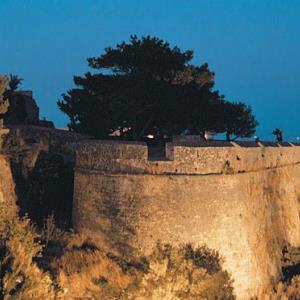 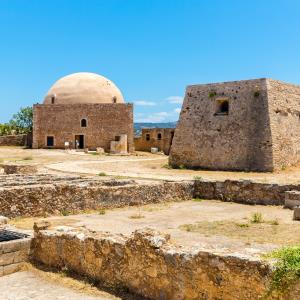