Byzantine Acropolis of Serres, an aerial photo of Koulas hill where it is built

Byzantine Acropolis of Serres, it was built on the site of an ancient fort & was surrounded by a strong wall with towers & two gates

Acropolis of Serres, the Byzantine church of St. Nicolas (built in 1st half of 14th c.) is situated at the northeast end of the castle of Serres

Acropolis of Serres, the Byzantine church of St. Nicolas, near which stood the tower of the Acropolis, was repaired and restored in 1937

Castles & Fortresses
Address: 62000 SERRES , MAKEDONIA CENTRAL , GREECE
Tel.: +30 23210 56205
The ancient and Byzantine acropolis lies on a hill called Koulas, north of the city of Serres. Several parts of the fortification are preserved and the outline of the wall can be restored. The SE and the NW tower (the so-called "Orestes' tower") are preserved in very good condition. The enclosure wall of the acropolis dates to the 13th-14th centuries.
The architectural phases of the whole structure have not been distinguished since the acropolis has not been excavated, with the exception of the foundations of the "Orestes' tower".
Restoration work has been carried out at the wall masonry of the SE tower and the outer "mantle" of the fortification wall, with parallel repairing of the joints wherever necessary. Moreover, small walls were constructed to support sections of the southern wall.

The most important monuments of the site are:

Ruins of the acropolis of Serres. They are of the utmost importance since they are the only preserved parts of the fortification of Serres and include one of the most remarkable defensive constructions to be seen in Northern Greece, the "Orestes' tower". The acropolis is oval in plan, with the long axis in E-W direction. The gates are not preserved, but they must have existed on the east and west sides, next to the preserved towers. The northern side of the acropolis was particularly strengthened with bastions (three of them preserved today) due to the morphology of the terrain.

"Orestes' tower". It is the NW tower of the acropolis and the most outstanding construction of the ancient city's fortification. Its importance lies both in its overall form and in the clay inscriptions built in its west wall. According to these, the tower was built in 1370 by Orestes, the castle-guard of Serres, after an order of Stephen Dusan.

Church of St Nicholas. It is located at the NE end of the castle, very close to the fortification wall. It is a triconch, single-aisled domed church with a subterranean crypt and dates to the first half of the 14th century. 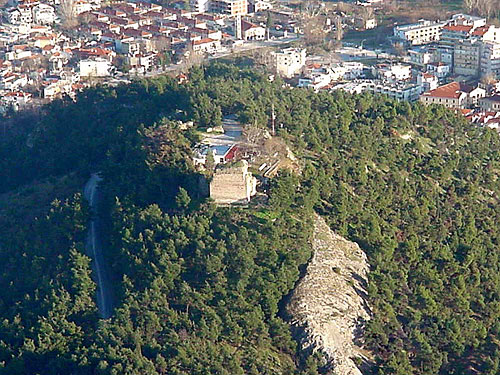 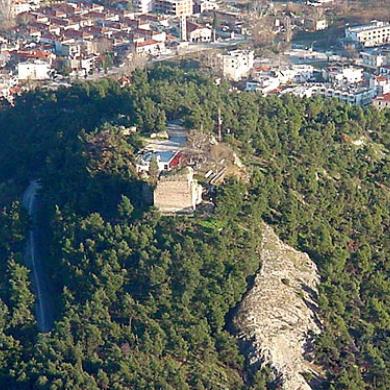 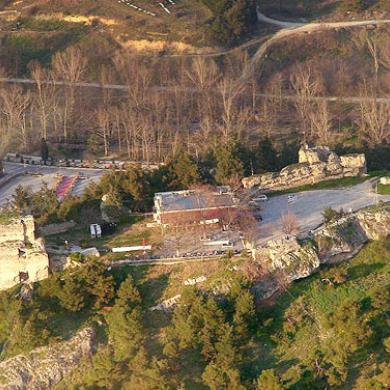 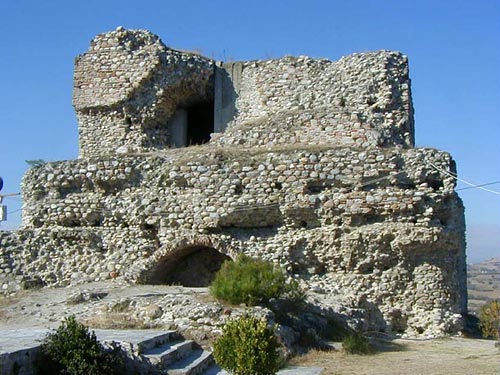 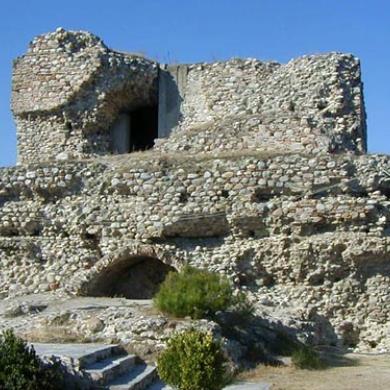 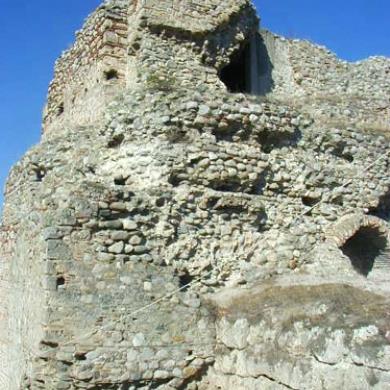 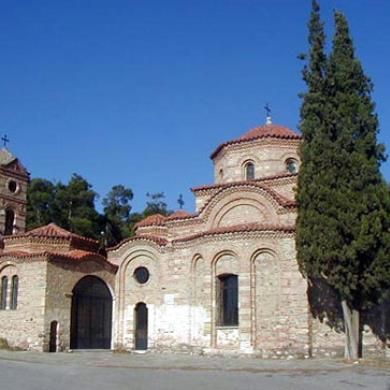 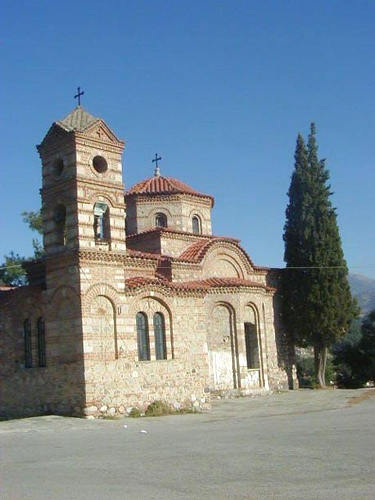 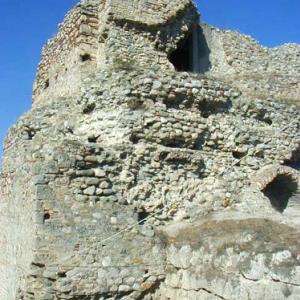 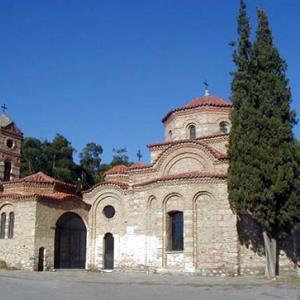