Castle of Chora on Naxos

Castle of Chora on Naxos

Castles & Fortresses, Cultural heritage
Address: 84300 NAXOS , KYKLADES , GREECE
Tel.: +30 22850 22725, 24150
E-mail: 2eba@culture.gr URL: http://odysseus.culture.gr/h/2/gh251.jsp...
Border tower protecting the fortress (Castro) of Sanoudos in Chora, Naxos. The wall surrounding the fortress is pentagonal and has three gates. The Glezos tower (Krispi) stands near the northwestern gate and extends in part along the western and northern side of the fortress (Castro). It has four levels (floors) and it is the only tower in Naxos that has also a round tower attached to it.
In 1207 Frankish rule was established in the Aegean. The Venetian Markos II Sanoudos built the fortress of Chora in Naxos with circuit towers, one of which, the Glezos tower (Crispi) is still preserved. Over the main entrance to the tower is the coat of arms of the Crispi family.
The tower has been ceded by its owner, Mr. Petros Glezos to the Archaeological Service, to become home of the first Byzantine Museum in the Cyclades. 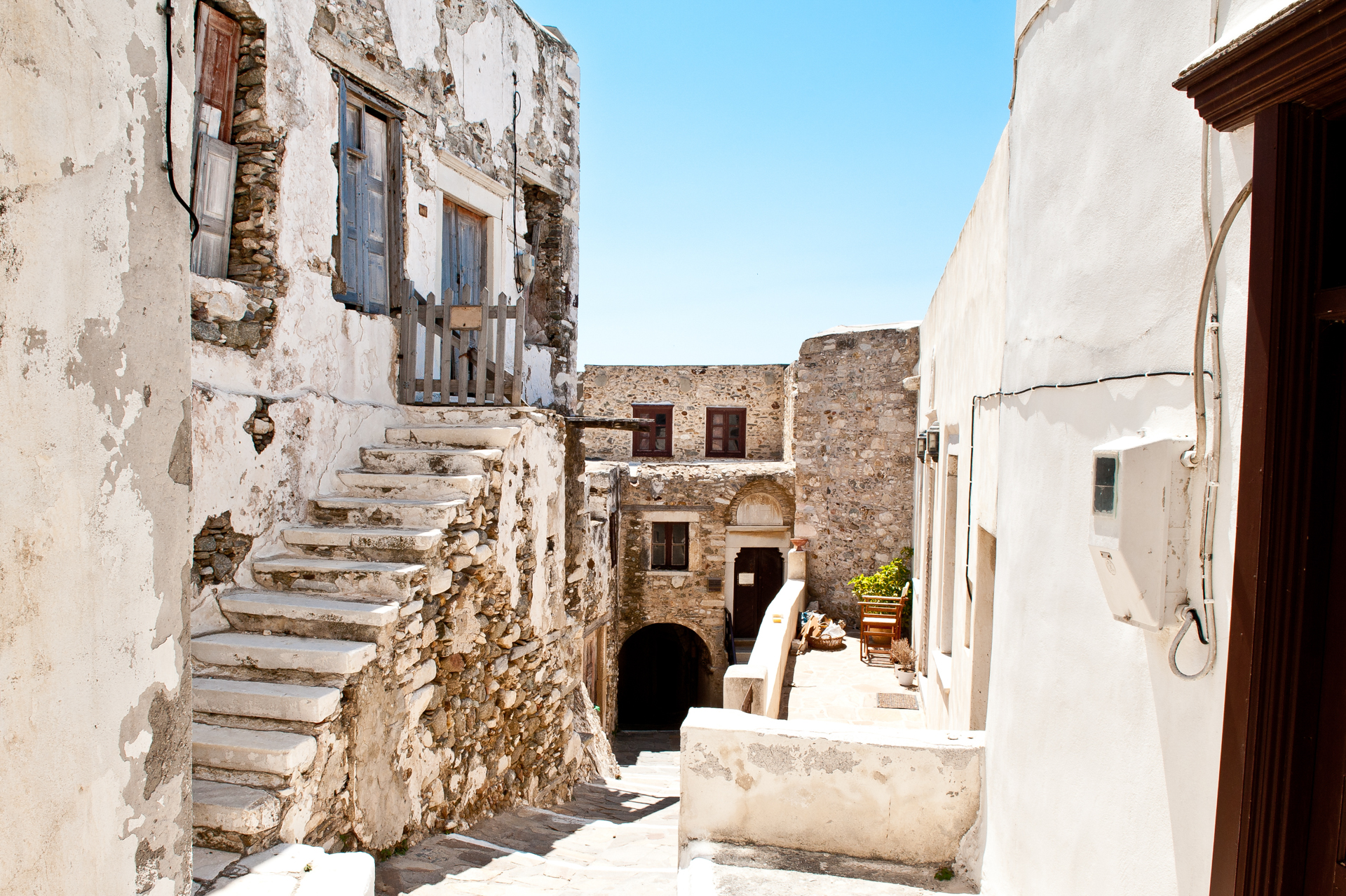 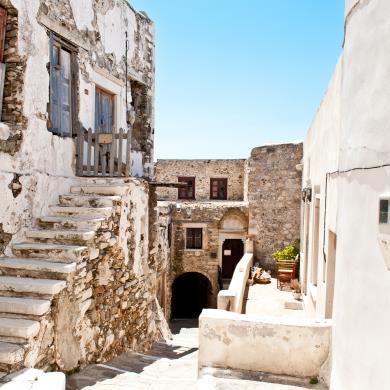 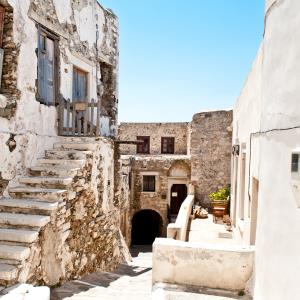