Waterfall at Monastery of Agios Dionyssos

Area of Monastery of Dionyssos

Monastery
(Est. 1438)
Address: 60200 MONI AGIOU DIONYSSIOU , PIERIA , GREECE
Tel.: +30 23520 84220
The monastery of St. Dionyssios is located on Mt. Olympus at an altitude of 900 m, and is 18 km from Litochoro. It is built at a naturally fortified position between two small streams, which become on - the Enipeas. Today, the Monastery can be reached through a detour in the forest road, concluding at Prionia, where the climb for the highest peak of Mt. Olympus begins.
According to historical sources, the Monastery was founded in the first half of the 16th century by Saint Dionyssios, and was dedicated to the Holy Trinity. During its 400 years of existence, it constituted a strong religious and economic power in the area. The Monastery owned forestland, lumber facilities, water-mills, flour-mills and animals. Since the beginning of our century, it has not been operating properly, with a total of only 7 monks. However, the Monastery was very popular with the natives of Central and Western Macedonia, as a place of worship, as well as to the mountain climbers.
In 1943 it was considered by the Germans to be the base of the resistance groups of the area, which was the reason why they destroyed it both by means of bombing and detonation. Since then, the new Monastery has been based in Metochi, the existence of which is evident since 1953 under the name "Skala", near Litochoro.
The worship of Saint Dionyssios, its founder, to whom miracles have been attributed, as well as its privileged opposition on the mountain of the gods of Greek Mythology assign, to the monastery a uniqueness by which it attracts many Greek and foreign visitors.
(text: Dionysia Tsirou)
This text (extract) is cited October 2003 from the Prefecture of Pieria - Municipality of Litochoron tourist pamphlet. 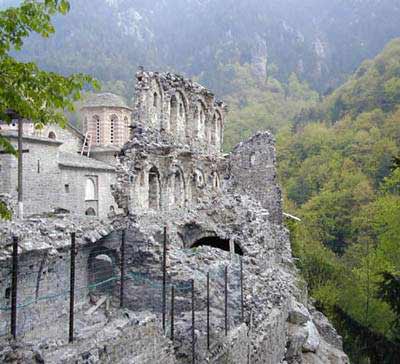 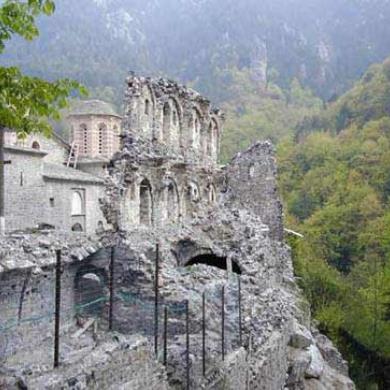 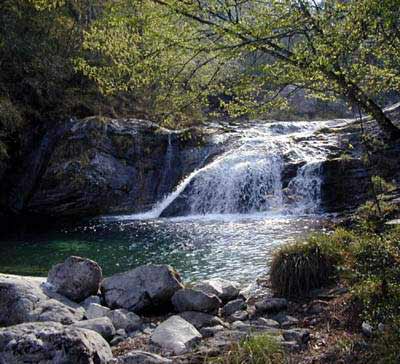 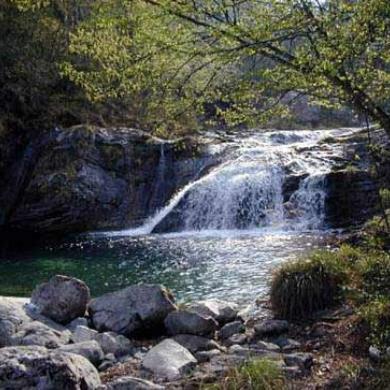 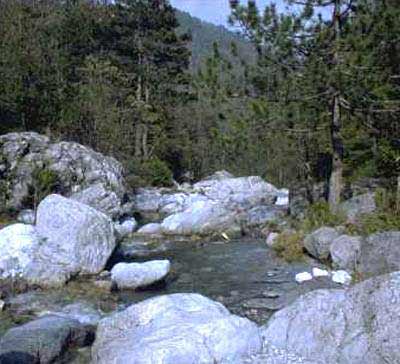 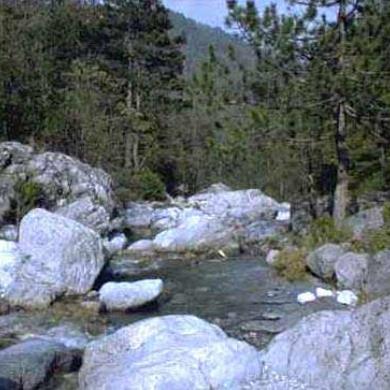 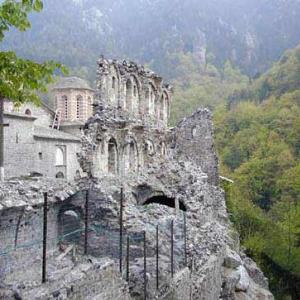 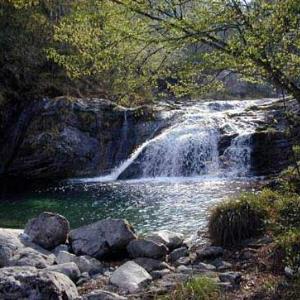 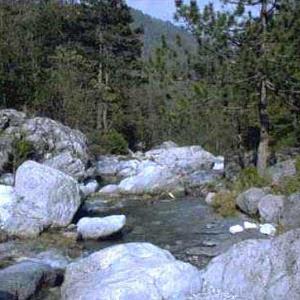