Archaeological site, Cultural heritage
Address: Lysicratous Square, 10558 PLAKA , ATHENS , GREECE
URL: http://odysseus.culture.gr/h/2/gh251.jsp...
Choregic monument erected on the west side of the Street of the Tripods, by Lysikrates, in 335/34 B.C., according to an inscription preserved on the architrave.
The circular building rests on a square podium of poros stone (2,93 m. long on each side), and consists of six Corinthian columns of Pentelic marble alternating with panels of Hymettian marble. The columns are among the earliest examples of the use of the Corinthian order in Athens.
The monument is decorated with a frieze depicting scenes from the life of Dionysos. The upper surface of the monolithic roof was ornamented with carved leaves that ended at an acanthus-shaped base which supported the choregic tripod, not preserved today.
The monument, known also as the "Lantern of Diogenes", was incorporated in the Capucin monastery in 1669, and was used by the monks as a reading-room and library. The monks opened an entrance by removing one of the panels on the northwest side. The monastery was destroyed during the Greek Revolution in 1821.
In 1845 French archaeologists cleared the monument of the debris and searched the area for the missing architectural parts. In 1876-1887 the architects Fr. Boulanger and E. Loviot began the restoration which was completed under the auspices of the French Government. Excavations conducted in 1982-85 at Lysikratous Square, completed the investigations made by Al. Philadelpheus and revealed the foundations of the adjacent choregic monuments.
Lysikrates monument is the only choregic monument preserved almost complete, and is the most interesting feature of the modern Lysikratous Square. 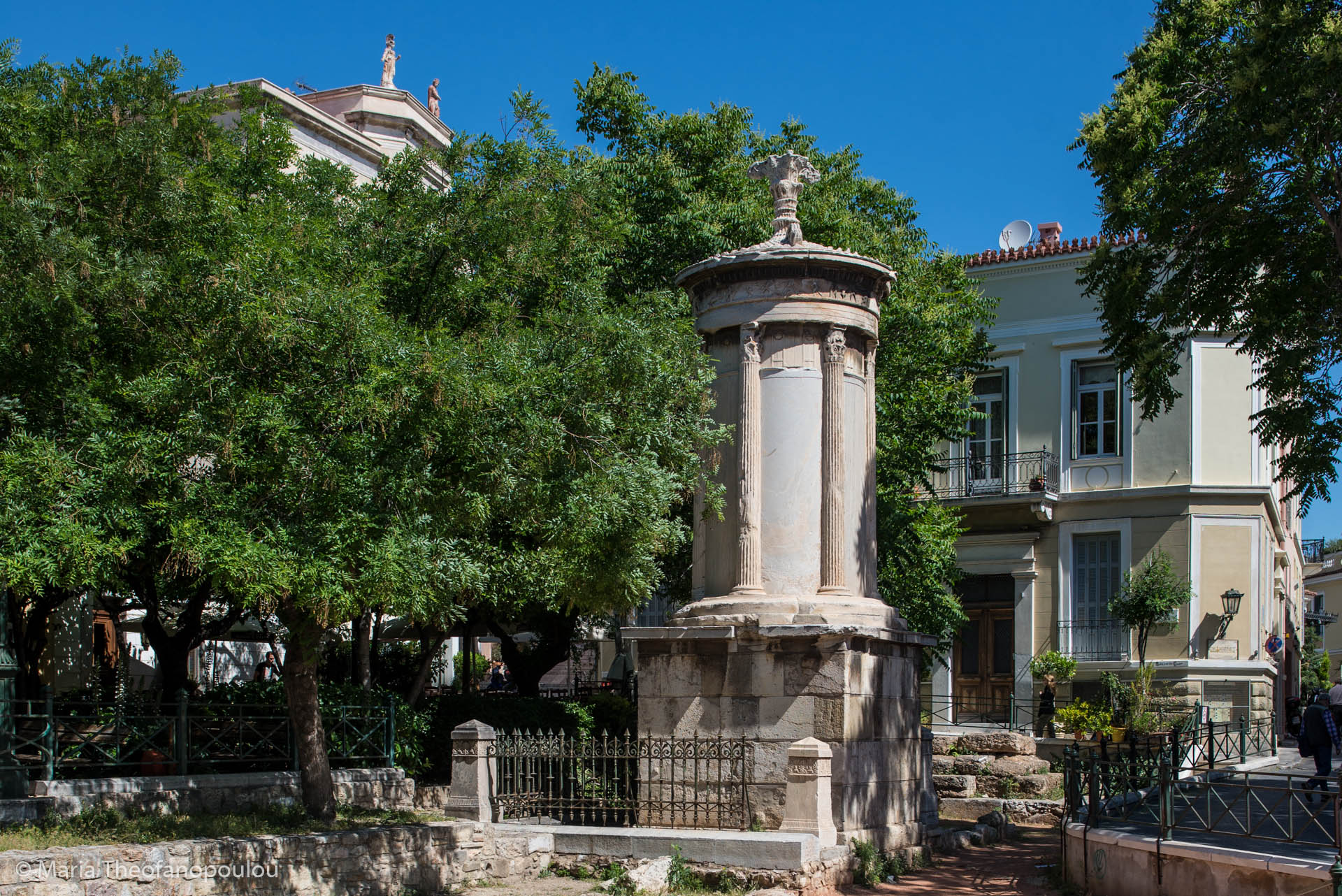 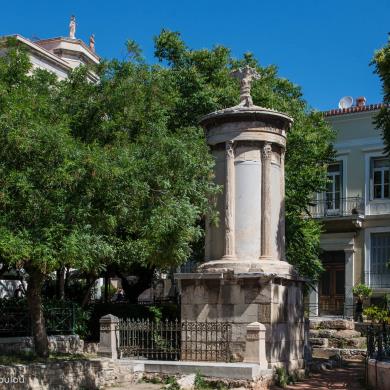 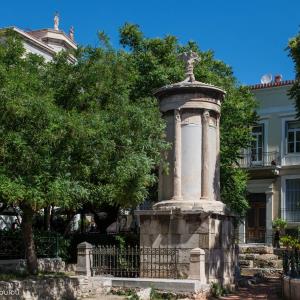