Monastery of St. George Kryoneritou at Serres (built in early 14th c.) - there are two churches in continuation to one another, St. George’s church & St. Dimitrio’s church, surrounded by a fence

Monastery, Byzantine & Post-Byzantine Monuments
Address: 62000 SERRES , MAKEDONIA CENTRAL , GREECE
Tel.: +30 23210 71189
URL: http://www.serres.gr/tourism/files_gr/ma...
The picturesque monastery of Saint George the Kryonerites is situated on the eastern part of the city, on the way to St. John. The name "Kryonerites" derives from the cold water spring that used to be close to this area. The monastery was founded before 1298 and became a monastery dependency of the monastery of St. John the Baptist in 1344, when Ypomoni, the wife of Sakellarios Mourmouras, Sovereign of Serres, donated it to the monastery of St. John the Baptist.
The monastery was destroyed by the Turks in 1572. Its elegant dome collapsed and was replaced later by a hemispherical roof which was internally covered by a pyramidal roof. Most probably this roofing was constructed during the construction in 1864. This is confirmed by a stone engravement located on the western outer side of the monument.
Of great importance are the two icons decorating the temple as it is today. One of them depicts the Virgin Mary holding the Jesus under the name "Pantanoussa" (1694) and the other one depicts Christ Pantocrator under the sign "Δέησις του δούλου του Θεού Ακακύου μοναχού.
This page is maintained by Ipirotis Panayotis 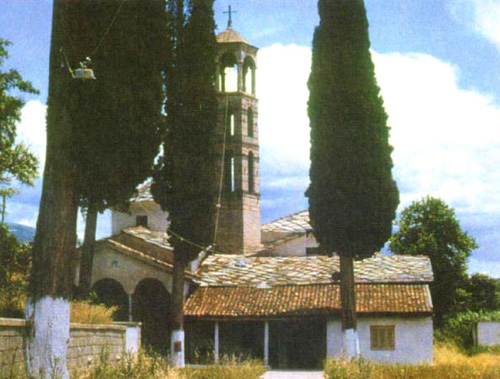 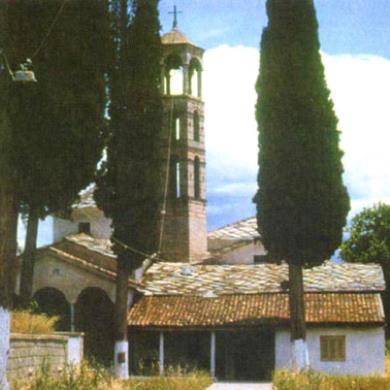 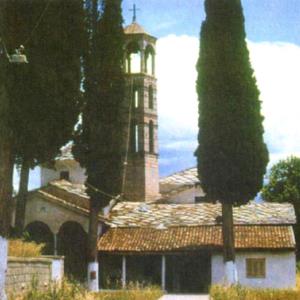