Monuments of Modern Greece
Address: 32001 ALIARTOS , VIOTIA , GREECE
Buildings (industrial installations, residences, mills, stables, offices, storehouses, etc.) that date back to the 19th century and belonged to the British company Lake Copais Ltd. that had replaced the previous company of French interests for the drainage of Lake Copais (1867-1887). Today it belongs to Copais Organization and the City of Aliartos.
The area around Lake Copais was inhabited since the prehistoric times. Today there have been discovered remains of the lake's drainage systems, the most extensive technical work project of the Mycenean period (14th century BC) that is believed to be carried out by the Minyes people of Orchomenos. Excavations are currently conducted by the 8th Ephorate of Prehistoric and Classical Antiquities of Evoia.
The "Lake Copais Co. Ltd" buildings were constructed in Aliartos of Viotia in the mid-19th century and became property of the Greek state in 1953. The buildings that housed the headquarters and the residences of the English employees are spread around on a 28-acres field that is proposed to be transformed into a model botanical garden which will be also be equipped for outdoors cultural events. The field is also full of metal cabins that the company's workers used to reside. By a decree that the Ministry of Culture issued in 1991, they were identified as historical and preserved buildings.
A vast restoration and development program for selected buildings started in 1994, based on a study that was proposed by the team of engineers of the 1st Ephorate of Contemporary and Modern Monuments in cooperation with the City of Aliartos and the Copais Organization. Today, those buildings serve as warehouses for the archives' material and "Lake Copais Co. Ltd" machinery. 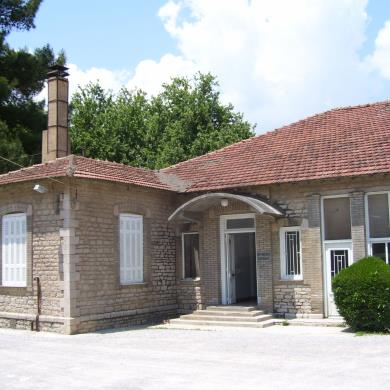 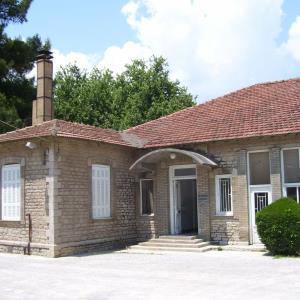