It is the house in which Alexandros Papadiamandis, one of the most important Greek authors of the past century was born, lived and died. It was built in 1850 -1860 by father-Adamantios, the author's grandfather. The ground floor was used for storage and the 1st floor for habitation.
It is a small two-storie-building of folk architecture, 35 sq.m. in the ground floor and 40 sq.m. in the 1st floor. Its walls are made either of stone or of "tsatma" -light construction of wood and plaster. The four-inclination wooden roof is covered with tiles of the "byzantine" type. The doors and windows are wooden, quite big in dimention and made according to the local type called "nailed". The staircase and the floors are wooden and generally all its special elements preserve the original traditional colour. Works of general repairing and supporting of the building were done in 1990. in 1994 the basement was tuned to an exhibition room.
The 1st floor is preserved as the house of Alexandros Papadiamandis with its original furniture and objects of the time, whereas the ground floor is functionning as an exhibition room of different traditional objects of Skiathos.
In 1954 the building was bought by the State and since then it belongs to Skiathos Municipality. In 1965 it was characterized as a preserved monument by the Ministry of Culture. 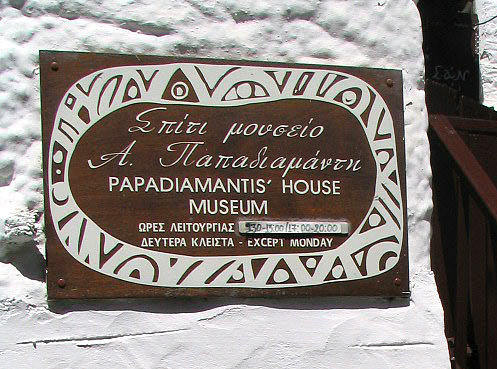 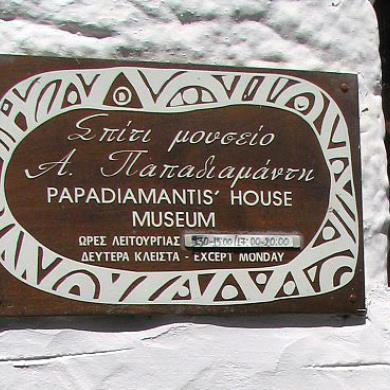 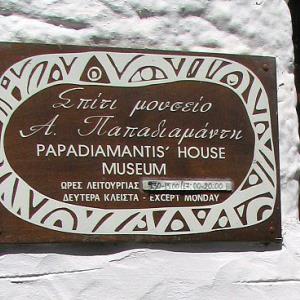