The Melos Catacombs; inside the catacombs, on both sides of the walls & the floor, there are vaults which contain graves (126 are found)

The Melos Catacombs; they are the largest examples in Greece & among the most remarkable in the world

The Melos Catacombs; there are 3 chambers linked by 5 corridors & a dead end passage, making up a labyrinth which is currently 185 metres long

The Melos Catacombs; they were discovered by illicit antique dealers and became known after they had been pillaged, in 1840

A Christian community cemetery dating from the end of the 2nd century AD and continuing in use to the end of the 5th century. It consists of a complex of three catacombs, comprising large, low passages with other smaller passages and a burial chamber joining. Passages join the three catacombs together. Niche-like graves (arcosolia) are cut into the side walls of the passageways; some of these were family graves. Graves were cut likewise into the floors of the passages. The graves are decorated with plant patterns and symbolic representations.
The existence of these catacombs in Melos shows that Christianity was established very early in the island and that Melos provided a bridge for the transmission of Christianity from Asia through Jewish traders. There was a prosperous Jewish community in Melos based on the trade in Melian minerals.
The catacombs were first explored by the German archaeologist L. Ross in 1844, followed by the French archaeologist Bayet in 1877, G. Lampakes in 1907 and finally in 1927 by G. Soteriou. 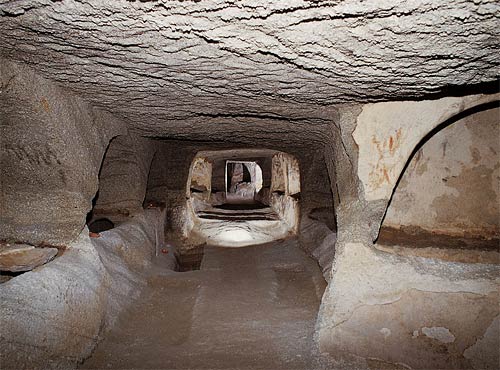 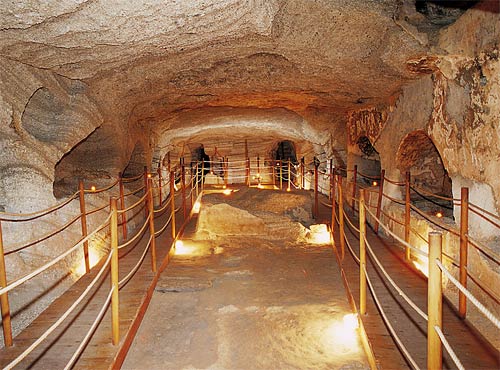 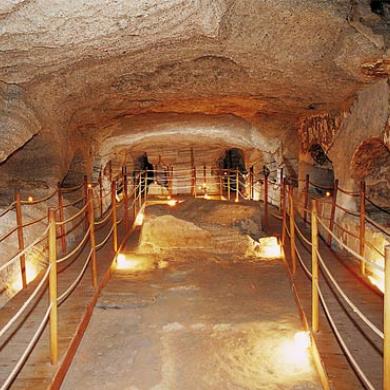 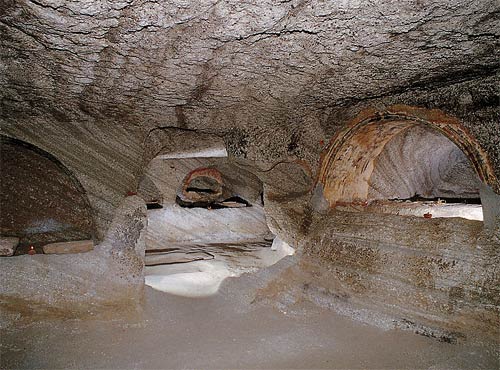 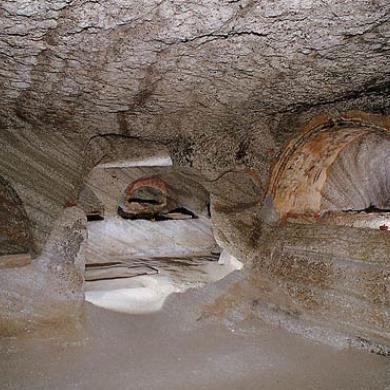 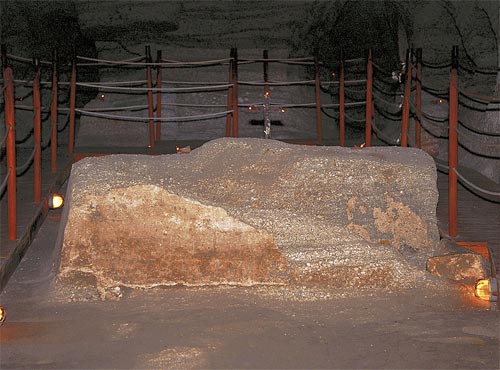 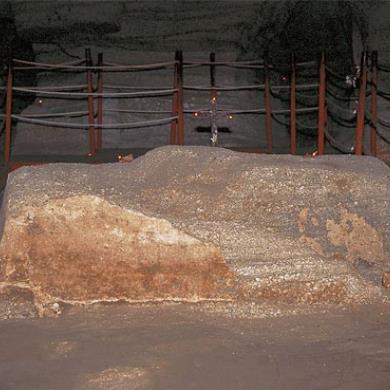 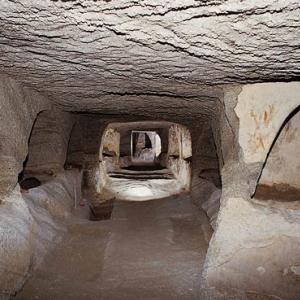 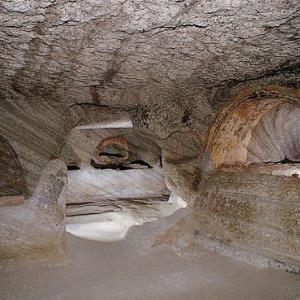