The Numismatic Museum of Athens

The Numismatic Museum of Athens

The Numismatic Museum of Athens, with a history going back to 1834, holds a prominent position among the museums of its kind worldwide. In its rich collections is represented the history of coinage in the Greek region from its ancient beginnings in the 6th century BC to the contemporary era, a valuable source of knowledge for the economic, social and art history of the past.

THE BUILDING
The Numismatic Museum is housed in the Iliou Melathron (the name meaning "Palace of Troy"), which was constructed in 1880 as the residence of Heinrich Schliemann. The German architect Ernst Ziller designed the building following the neoclassical spirit of the late 19th century and adapting elements of the Italian Renaissance. The interior is richly decorated with wall paintings copying Pompeian themes and the finds of Schliemann at Troy and Mycenae.

THE COLLECTIONS
The Μuseum owns a collection of 500.000 acquisitions - mainly coins, "hoards" (closed numismatic groups), weights, lead stamps, medals and gems. The exhibition, supported by audio-visual means, is formed in sections according to thematic and chronological criteria:
•The history of the Museum (donors, the life and work of Heinrich Schliemann, the architect of the Iliou Melathron).
• Ancient coins from the periods of the city-state, the Hellenistic hegemonies and the Roman empire.
• Medieval coins of the Byzantine and Ottoman empires.
• Modern and contemporary coins from the Greek and European states.
• Aspects and products of coinage technology, monetary circulation and economy.
• Iconography, art (portrait heads, statues, mythological representations, miniature sculpture) and social history (power and status, rulers, kings and emperors).

THE FACILITIES
The Museum library contains about 12.000 volumes related to the disciplines of numismatics, history and archaeology, as well as a rich archive of documents. Furthermore the institution functions as a centre of study and research both for scholars and general public, hosting a variety of activities, such as publications and symposia, educational lectures and programmes, periodic and special exhibitions, international collaborations. Conservation of the material belonging to the Museum and from the excavations of the Archaeological Ephorates is carried out in the fully equipped laboratory.
In the Museum shop visitors may find exact copies of artefacts, publications both digital and in print etc. There is also a cafe open to the public within the museum premises, in an attractive garden decorated with copies of ancient greek statues. 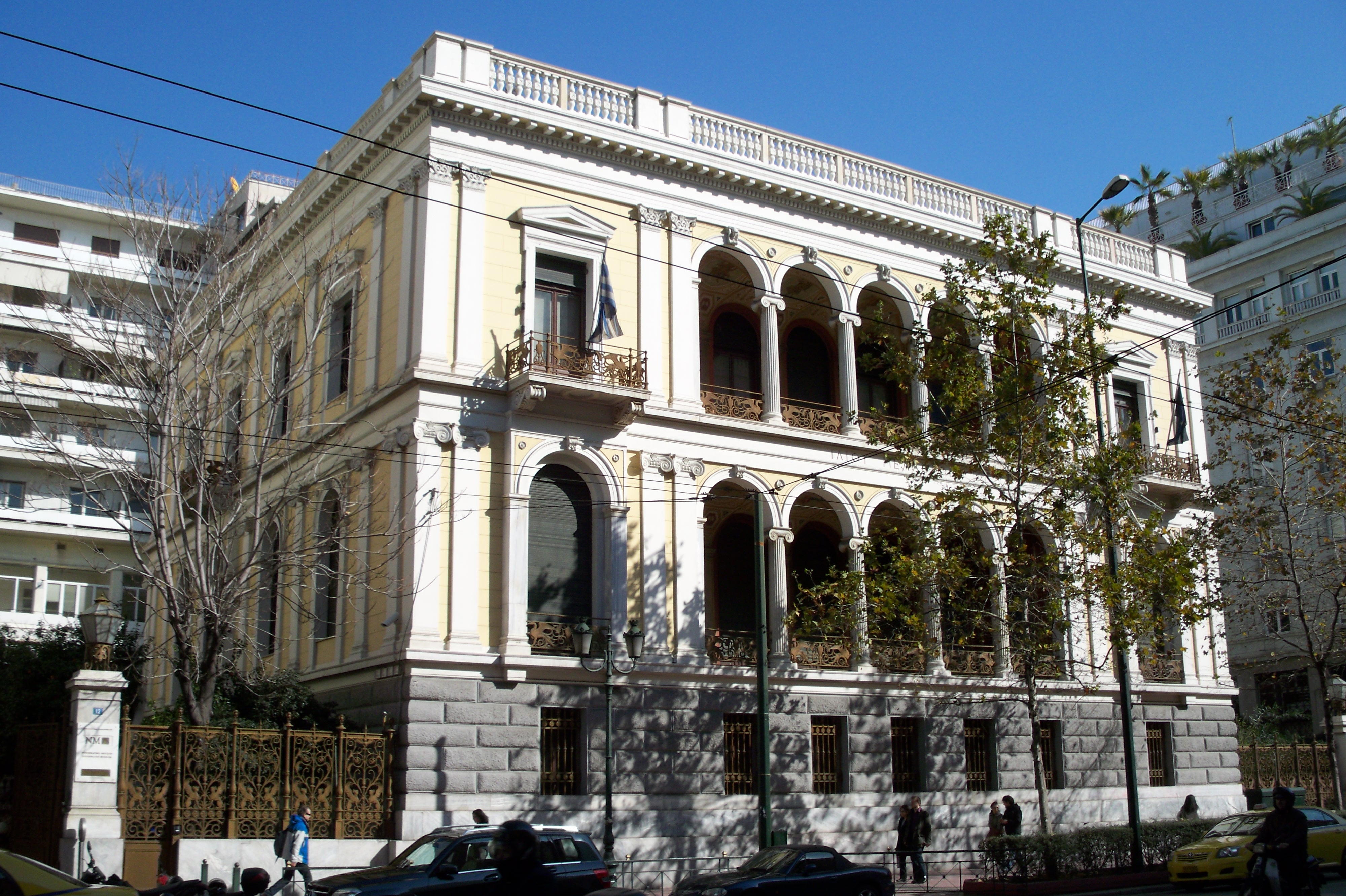 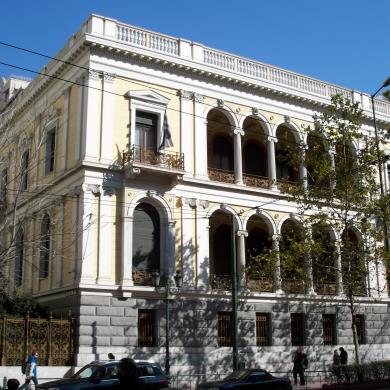 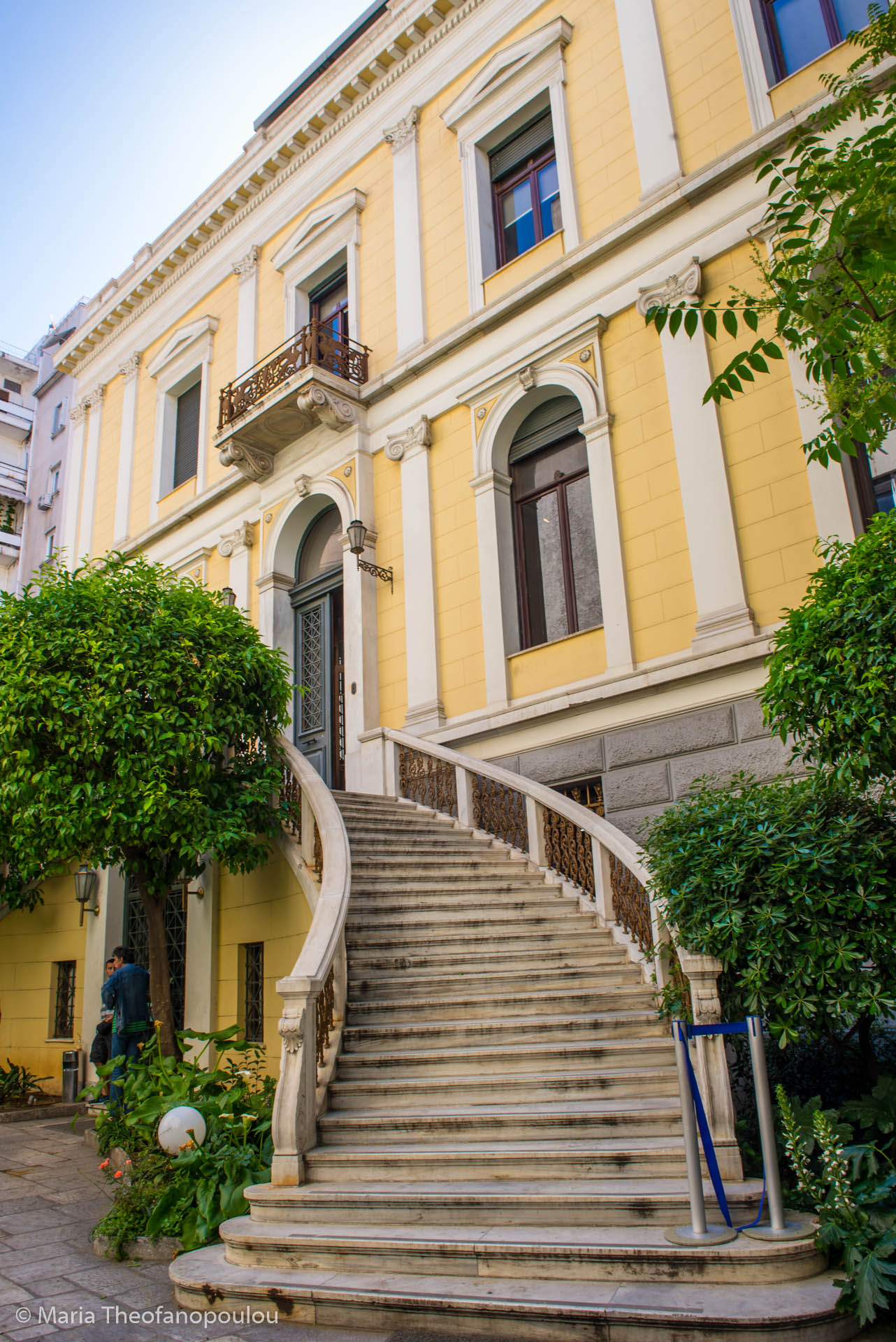 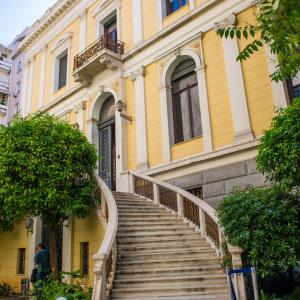