A view of the church of Panaghia Krena (12th c.)

Churches, Byzantine & Post-Byzantine Monuments
Address: 82100 VAVILI , CHIOS , GREECE
The church belongs to the insular octagonal architectural type, and in a small degree reproduces the catholicon (main church) of Nea Moni. It comprises a domed naos, an esonarthex and an exonarthex, today completely ruined. The domed naos and the esonarthex were built at the end of the 12th century while the exonarthex is a much later addition, constructed in the 18th century. The greatest part of the interior is covered with wall paintings dated to the 12th century.
The church was constructed at the end of the 12th century. It was donated by Eustathios Codratos and his wife, Eirene Doucaina Pagomeni, both belonging to the imperial court of Constantinople. The donors decorated the church with wall paintings but five more layers of murals are preserved inside the building. During the catastrophic earthquake of 1881, the hemispherical part of the dome collapsed, along with the smaller dome of the narthex, which was reconstructed shortly thereafter.
The foundations at the eastern part of the church were investigated by means of trial trenches in 1988 and again in 1995. The roof of the church was consolidated and repaired in 1968. In 1983 the west wall of the exonarthex was also consolidated and the roof was partly repaired. In 1981-1984, the later layers of the wall paintings were detached from the interior walls and the original layer was completely uncovered.
Some of the detached wall paintings have already been restored and are on display while the rest are still in the process of restoration. The detached wall paintings of the second Byzantine layer, depicting twelve prophets (dated to the end of the 14th century), as well as two marble slabs from the original iconostasis of the church are exhibited in the building for temporary exhibitions (Giustiniani Palace) in the Fortress of Chios. Parts of the murals which were painted by Michael Chomatzas in 1734 are also on display in the Byzantine Museum of Chios (Medjitie Mosque).
The monument is closed to the public (it opens only during the summer) due to restoration work inside the building and at the wall paintings. 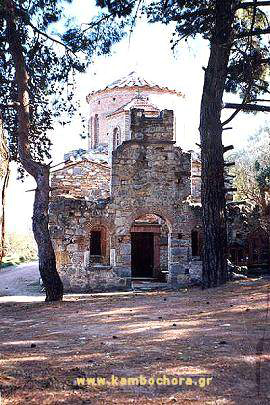 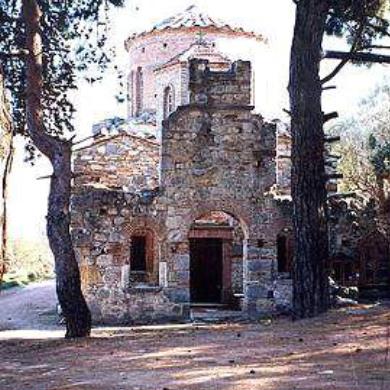 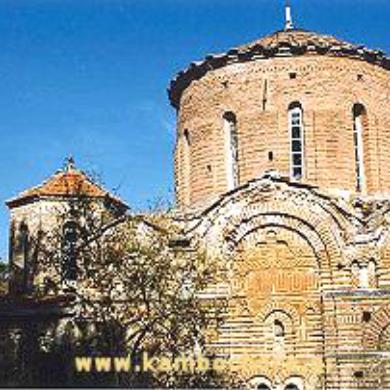 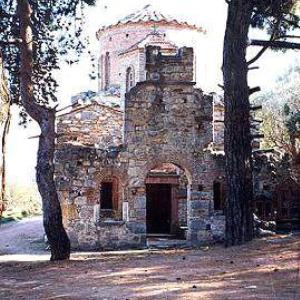 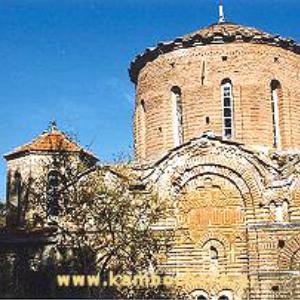