Museum of the Ancient Agora (Stoa of Attalos)

Museum of the Ancient Agora (Stoa of Attalos)

Τhe Agora museum is housed in the Stoa of Attalos, a reconstructed building of around 150 B.C. The characteristic feature of the museum is that the exhibits are all closely connected with the Athenian Democracy, as the Agora was the focus of the city's public life.
The Stoa of Attalos was discovered during the excavations carried out by the Greek Archaeological Society between 1859 and 1902. In 1953-56 it was reconstructed in order to house the finds from the excavations at the Agora. In 1957 the Greek state assumed responsibility for the administration and security of the museum and the archaeological site.
The collections of the museum include:
• Finds from the wells, deposits, burials, workshops and sanctuaries, (4th millenium B.C. - 7th century B.C.)
• Clay, bronze, bone, ivory, and glass objects (6th century B.C. - 3rd century A.D.)
• Sculptures (6th century B.C. - 3rd century A.D.)
• Coins (6th century B.C. - A.D. 1831)
• Pottery (6th century B.C. - 6th century A.D.)
• Inscriptions (5th century B.C. - 2nd century A.D.)
• Items included in public life (5th - 2nd century B.C.)
• Clay lamps (7th century B.C.- 11th century A.D.)
• Objects found in a deep well (10th - 1st century B.C.)
• Pottery of the Byzantine and the Ottoman periods (10th-12th and 17th centuries B.C.)
• Collection of amphoras (6th century B.C. - Byzantine times)
• Architectural sculptures and parts (5th century B.C. - 3rd century A.D.)
Among the most important exhibits are:
Aryballos. Clay vessel bearing plastic decoration in the form of a kneeling boy. The figure represents an athlete binding a ribbon, a symbol of victory, around his head. Dated to ca. 530 B.C.
Klepsydra. A unique example of the terracotta waterclocks used for counting the time of speeches in the public law courts. Dated to the 5th century B.C.
Ostraka (potsherds). These inscribed potsherds, called "ostraka" in Greek, were used as ballots in the process of ostracism. When there was fear of a tyranny, the Athenians voted to exile those politicians who were considered dangerous for Democracy. The names of prominent politicians exiled in this way, such as Themistocles, Aristeides etc. are inscribed on the sherds, dated to the 5th century B.C.
Bronze inscribed Spartan shield. It was a trophy taken by the Athenians after their victory over the Spartans in the battle of Sphacteria, in 425 B.C.
Bronze head of Nike. The head of Nike (Victory) was once covered with sheets of silver and gold and the eyes were inset. Dated to ca. 425 B.C.
Winged Nike. It was the acroterion of the Stoa of Zeus Eleutherios. Dated to ca. 415 B.C.
Statue of a Nereid, possibly the acroterion ornamenting the roof of a temple. The rendering strongly reminds the style of the sculptor Timotheos. Dated around 400 B.C.
Athenian Law for Democracy. In 337/6 B.C., when Phrynichos was the Archon, the People (Demos) of Athens voted for a new law against tyranny. The relief representaton on the upper part of the marble stele shows the Demos of Athens being crowned by Democracy.
Apollo Patroos. Colossal cult statue of the god from the temple of Apollo Patroos. It is the work of the famous sculptor Euphranor. Dated to ca. 330 B.C. 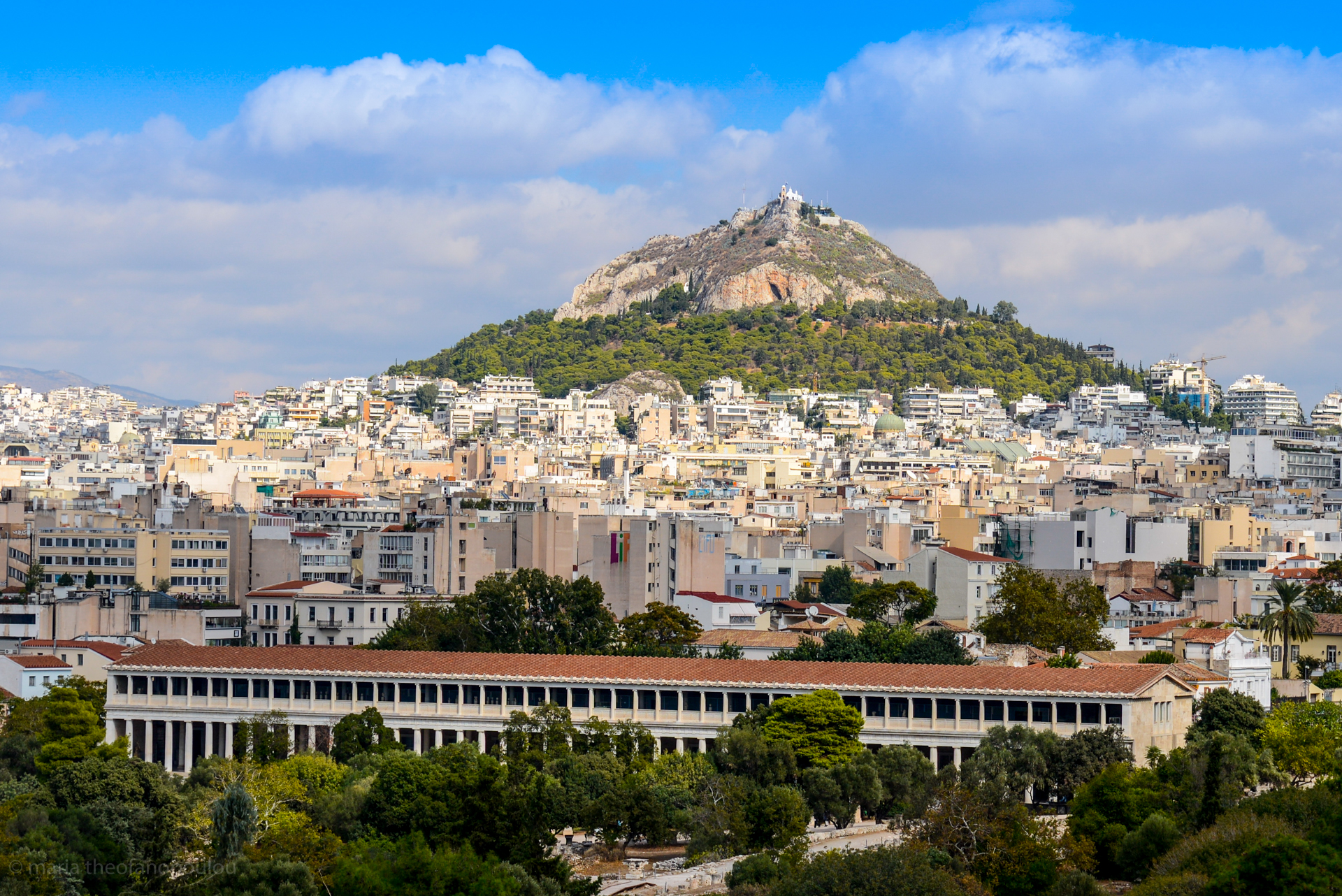 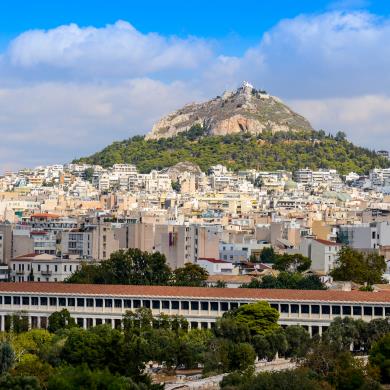 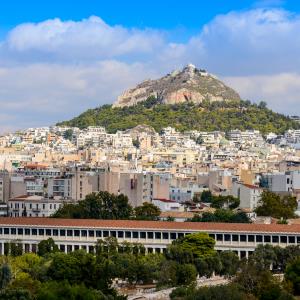