The newly built museum is located on the outskirts of the modern city, near the banks of the Arachthos river and at a short distance from the renowned medieval bridge of Arta. The building was erected between 1999-2006 to house the antiquities from the wider region of Arta that the archaeological research brought to light. The exhibits cover a time span from the Palaeolithic to the Roman times.
The exhibition - organized thematically - focuses on the ancient Ambrakia, following its evolution through time, from the establishing and flourishing of the ancient city to its final destruction and abandonment. Through the material remains of the past arise the most important aspects of the public and private life of the ancient inhabitants. In their majority the exhibits, both works of art and humble objects of everyday use, derive from the two cemeteries and the city of ancient Ambrakia - buried today beneath the modern town of Arta - from the cave of "Koudounotrypa" and from other sites of the prefecture of Arta.
Among the most important exhibits of the museum are:
- Funerary stelae, such as the stele found on the tomb of Damon, son of Alexion, in the west cemetery of ancient Ambracia. Dated to the 3rd or 2nd century BC.
- Marble statuette of Aphrodite, found during the excavation of a house of the ancient city. Dated to the 2nd century BC.
- Inscribed pedimental stele from the temple of Apollo. It preserves part of the text of a treaty which determines the borders between Ambracia and Charadros. Dated after 167 BC.
- Clay figurine moulds and their contemporary casts from the workshop of Satyros, a 4th century BC sculptor.
- Clay figurines and relief plaquettes from the cave of "Koudounotrypa". The cave served as a sanctuary dedicated to the Nymphs, Hermes and Pan during the Classical and Hellenistic periods. The finds were offerings to the deities. 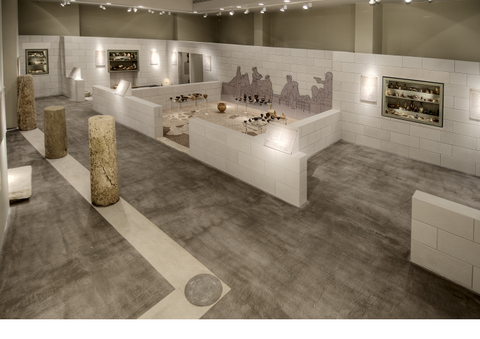 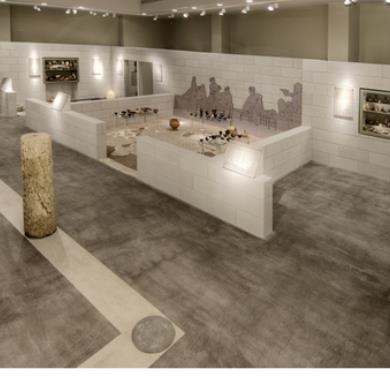 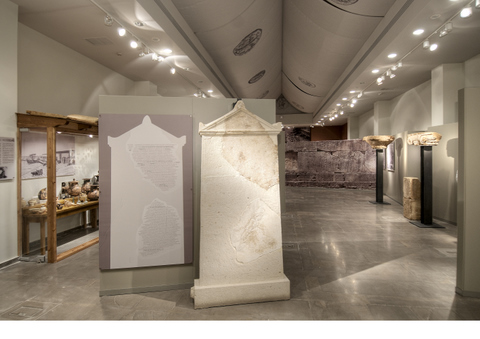 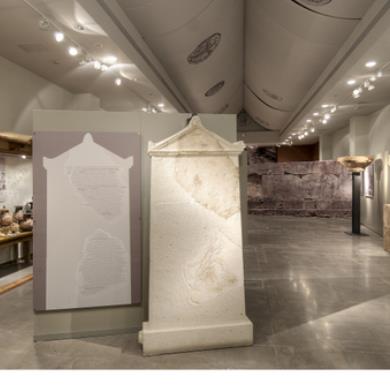 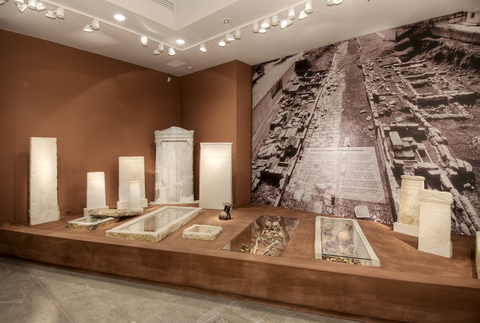 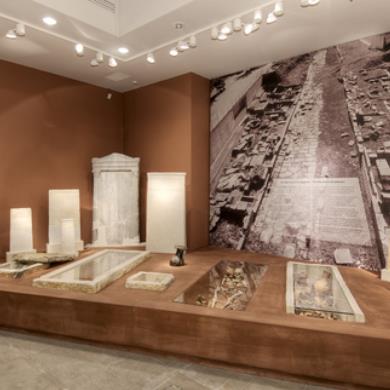 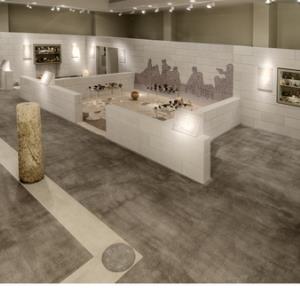 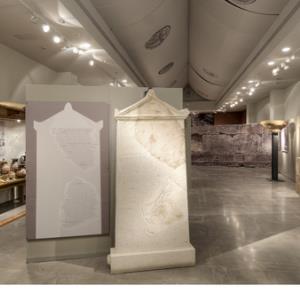 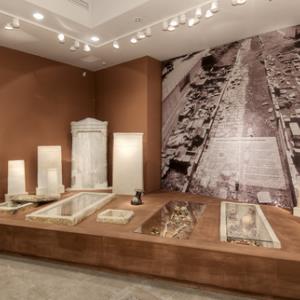