The Arch of Hadrian

Archaeological site, Cultural heritage
Address: Archaeological site of Olympieio ATHENS , ATTIKI , GREECE
URL: http://odysseus.culture.gr/h/2/gh251.jsp...
Hadrian's gate is a monumental gateway of Corinthian order and in architectural form a combination of the Roman type of triumphal arch with the Greek propylon. The arch was erected in 131-132 AD by the Athenians as a tribute to the Roman emperor Hadrian. Built over an ancient road, the arch marked the division between the old city and the new regions in Roman Athens, the building itself bearing testimony to that. There are two inscriptions on the arch, facing in opposite directions: The inscription on the NW side, facing towards Acropolis, was this is Athens, the ancient city of Theseus, while the inscription on the SW side towards Olympieio read this is the city of Hadrian, and not of Theseus. During the Byzantine era, the triumphal arch of Hadrian was renamed Gate of the princess in honour of an empress, possibly Eudokia who came from Athens. In the 18th century, the Ottoman defensive wall incorporated Hadrian's arch, which thus became the second gate of the city walls. 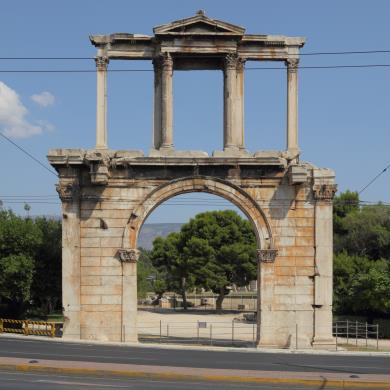 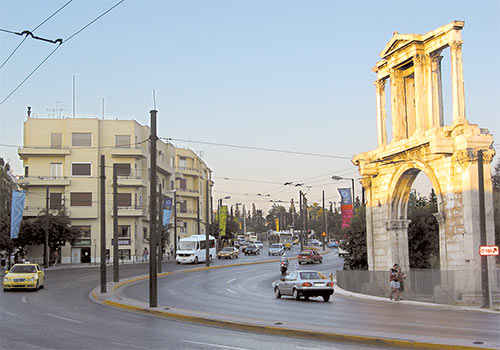 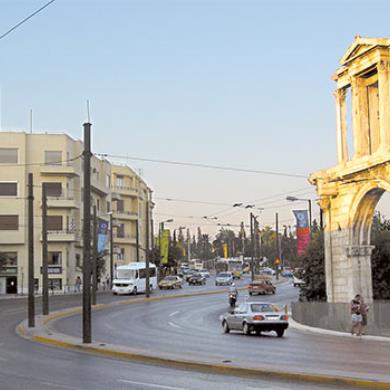 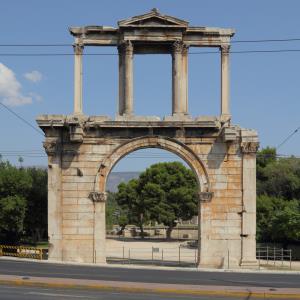 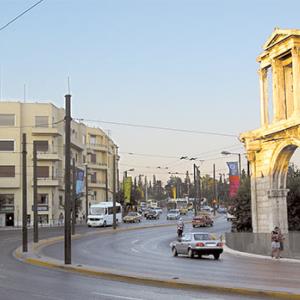