Theatre of Dionysus (4th c. BC)

The Asklepieion and theatre of Dionysus, viewed from the Acropolis

The theatre and sanctuary of Dionysus Elefthereus is the first monumental complex to be seen when entering the archaeological site of the south slope, in the Athenian Acropolis. The sanctuary was established in the 6th century BC by either Peisistratus or his sons, the tyrants who also imported the cult of the god from the rural region of Boeotia. Dionysus was the god of wine and grape harvest, and as such was honored in the religious festival of the Great or City Dionysia, held in the early spring in the god's principal sanctuary on the foot of the Acropolis. From the Dionysiac rituals that celebrated the fertility and rebirth of the land evolved the ancient Greek drama. The theatre of Dionysus was the oldest to be founded in Attica; it was in this theatre that the unsurpassed works by Aeschylus, Sophocles, Euripides and Aristophanes were performed for the first time. By the 4th century BC, when the theatre acquired its monumental form we see today, it could accommodate about 15,000 to 16,000 spectators. 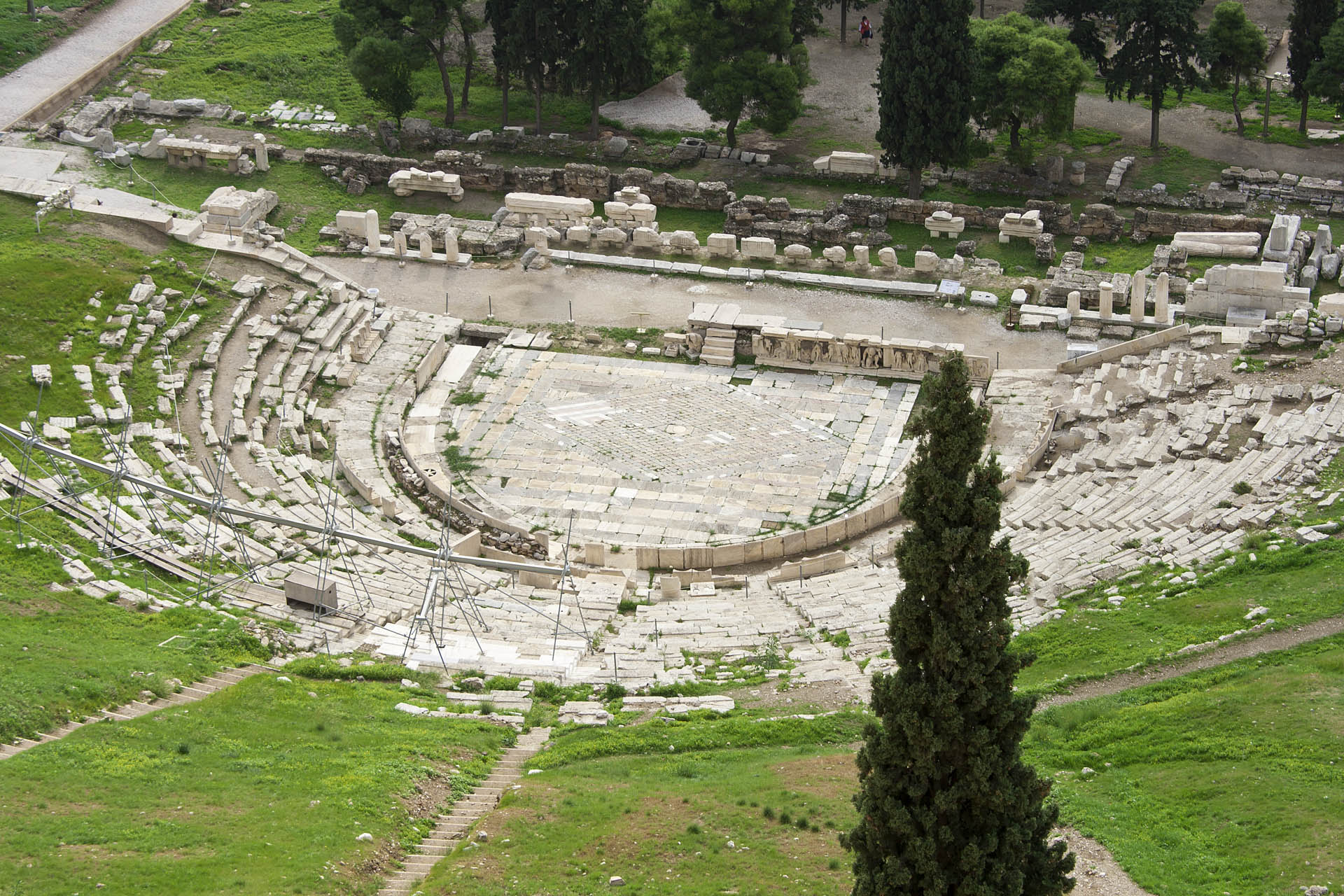 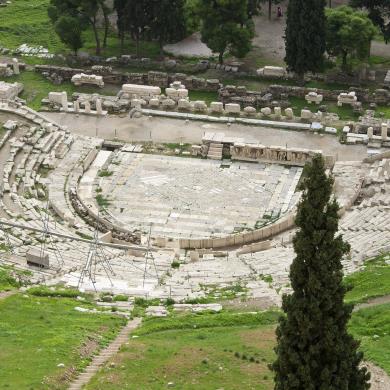 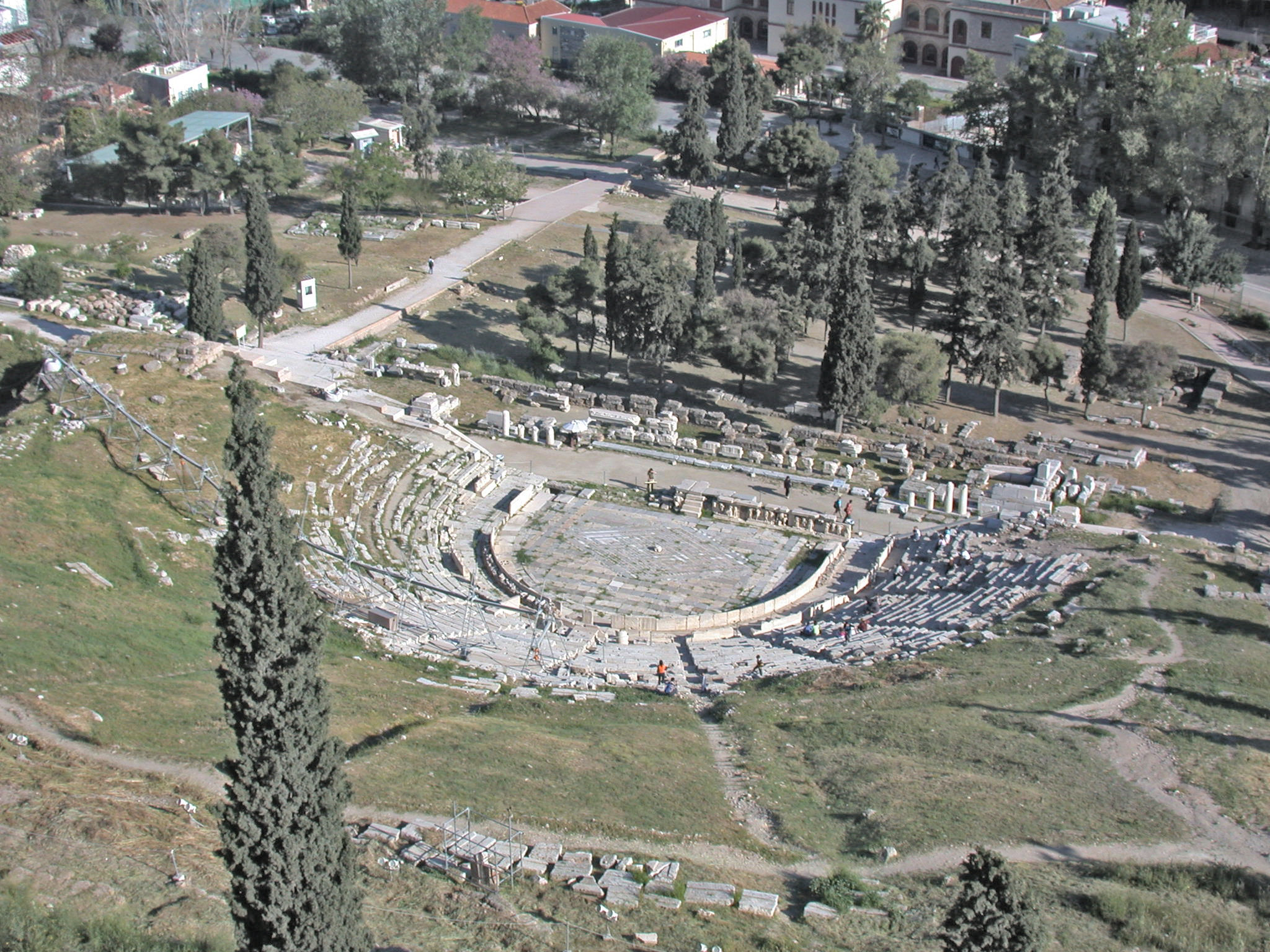 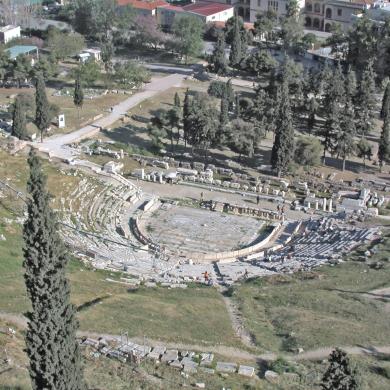 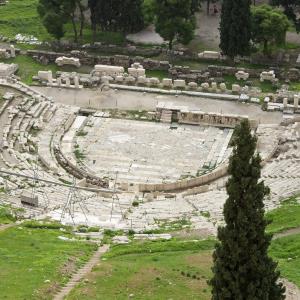