The lighthouse was built in 1899. The height of the cylindrical tower is 7 meters and its focal plane 35 meters. At first it was operated by petroleum, while during the 2nd World War it was turned off. It was re-operated in 1944 as supervised and recently has been automated and works by solar energy.

It’s built at the east edge of Argyronissos island, which is located in the Evian gulf, at the Artemissio pass, opposite the mouth of Pagassitikos gulf. The access is by boat from Glyfa and Agios Dimitrios either from Kanatadika settlement at Evia island.

In 2001 the lighthouse was listed historical monument by the Ministry of Culture. 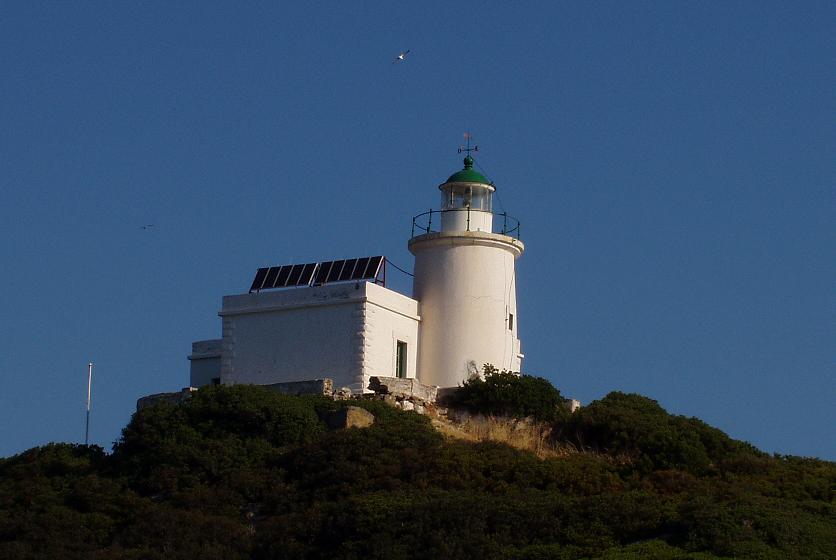