The lighthouse at the north edge of Skopelos island, at the Gourouni cape, was built by the Greek State in 1889, according to the date that is referred on the lighting machinery. The height of the square, stone-built tower is 14 meters, while together with the light cabin reaches to 17,8 meters high and its focal plane is 70 meters.

At first the lighthouse operated by petroleum, while during the 2nd World War it was turned off. It re-operated in 1944 and in 1984 was electrified and continued to operate as supervised until 1989, when it was automated. Its characteristic is the three white flashes every 30" and its luminescence is up to 20 nautical miles.

It’s located after τη Glossa towards τη Skopelos main port. The lighthouse is accessible by an almost passable dirt road from τη Glossa, from where has a 10 km distance, and dominates to the lush slope.

In 1996 the lighthouse was listed historical monument by the Ministry of Culture. 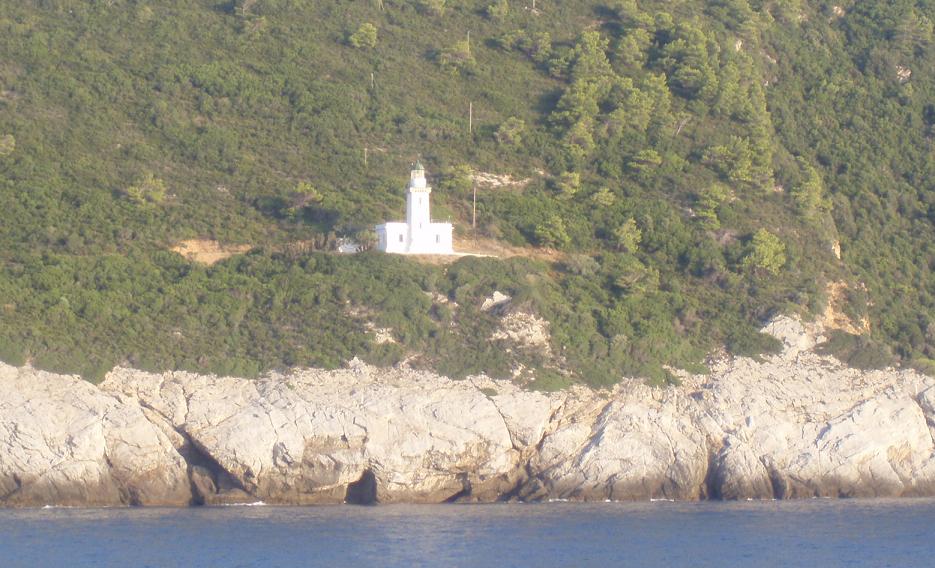 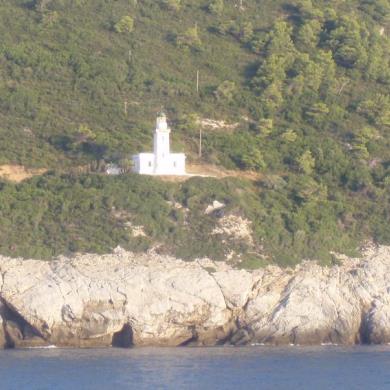 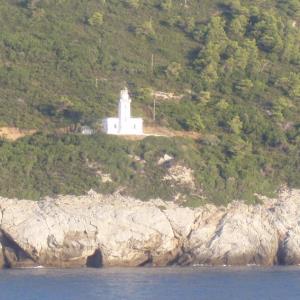