National Historical Museum, the building of the Old Parliament

Historical and Ethnological Society of Greece

The Society
The National Historical Museum belongs to The Historical and Ethnological Society of Greece (HESG), which was founded in 1882 for the purpose of collecting, saving and presenting relics and documentary evidence related to modern Greek history. It is the oldest museum of its kind and it includes rich collections, which highlight the most representative phases of Neo-Hellenism, from the 15th to the mid-20th century. The National Historical Museum is also a research centre for Modern Greek History.
The Building
The museum is housed in the Old Parliament Building, which was founded in 1835 by Queen Amalia and housed the Greek Parliament from 1875 to 1935. The Old Parliament is an architectural jewel in the centre of Athens, while its grand congress hall is a place of historical significance; it is also appropriate for hosting cultural events .
Permanent and Temporary Exhibitions
A great segment of the collection, gathered since the founding of the Society, is part of the permanent exhibition of the Museum, presented in the rooms encircling the congress hall. The historical progress of Neo-Hellenism can be easily comprehended through the items exhibited in chronological order, from the fall of Constantinople to the Ottomans (1453) up to and including the Second World War period.
The National Historical Museum regularly organizes temporary and special exhibitions with historical, ethnographical and cultural themes, many of which are anniversary celebrations.
Activities
The HESG has intense publishing activities. Additionally, a variety of educational activities are organized, with particular emphasis on school age children, while the museum itself collaborates with other organizations promoting similar purposes and causes.
The Collections
The collections form the backbone of the research and exhibition activities of the foundation. During the last few years an extensive program of recording, classification and publication of the collections has been implemented. The Historical Archives and the Library are integral parts of the museum, which were set up as independent and equal sections since the founding of the Society. Additionally, the Ethnographic Collection and The Photography Archives are two particularly important and rapidly expanding sections.
Conservation Laboratory
At the National Historical Museum, there is a properly equipped Conservation Laboratory, which carries out cleaning, protecting, bracing and restoring of works made of paper, fabric, wood, metal and stone, as well as paintings and drawings, photographs and ceramic items.
The Museum Shop
The shop of the National Historical Museum was created in 1993 for the purpose of disseminating the museum's collections and publications to its visitors. It has been highly successful, constantly renewing and enriching its material with new, exact replicas or interpretations of historical items and traditional works of art, publications, posters and cards of the Historical and Ethnological Society of Greece, as well as a variety of artefacts. It has been a pioneer in the effort of providing items that reflect the Greek spirit and traditions of holiday periods (New Year's coins, Easter candles, May-wreaths etc.), during the relevant days. Finally, for children, there is a series of puzzles with subjects from Modern Greek History, as well as cast lead, toy soldiers.
Since 2001 the Historic Mansion of Lazaros Kountouriotis on Hydra operates as an annex of the National Historical Museum. 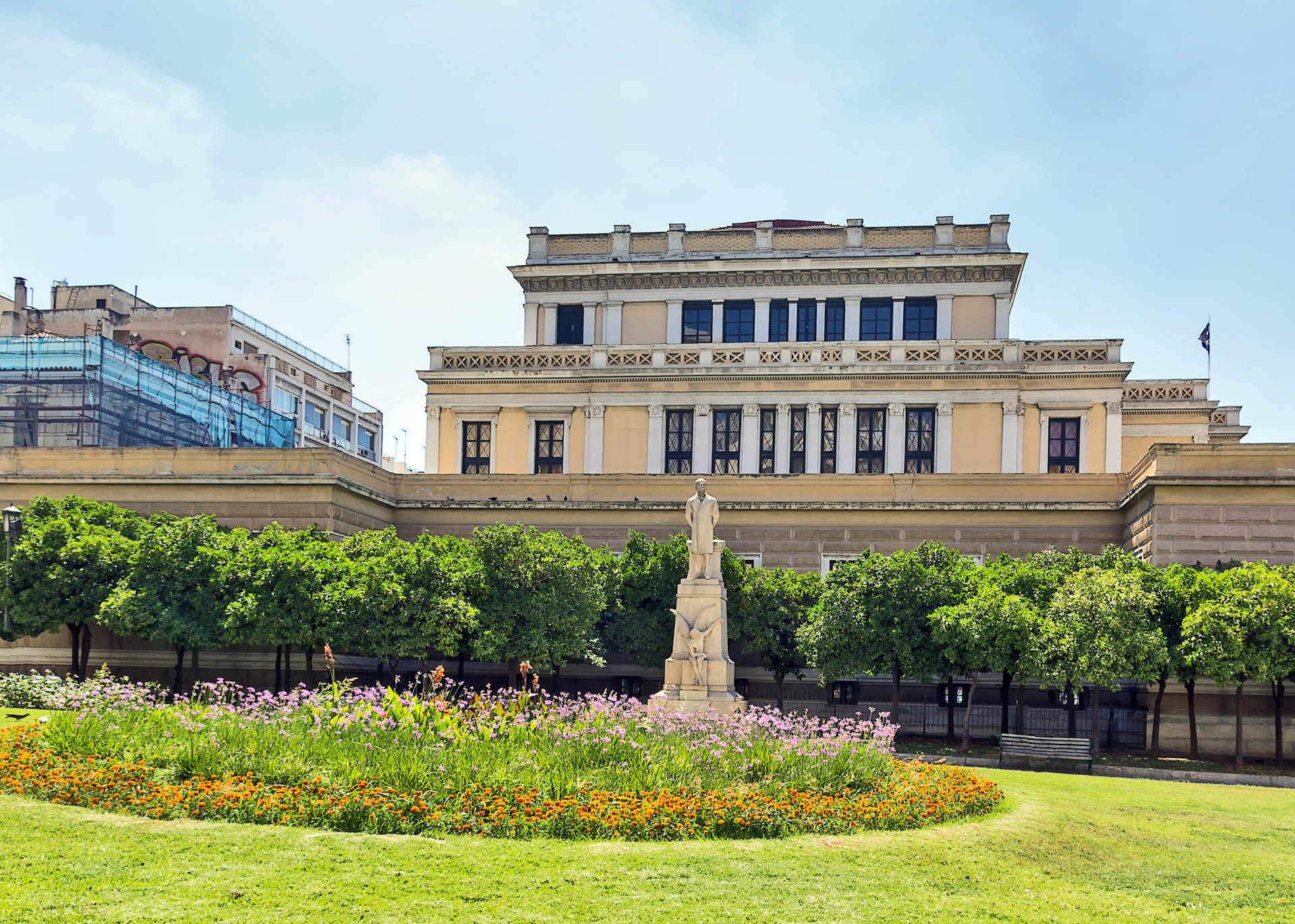 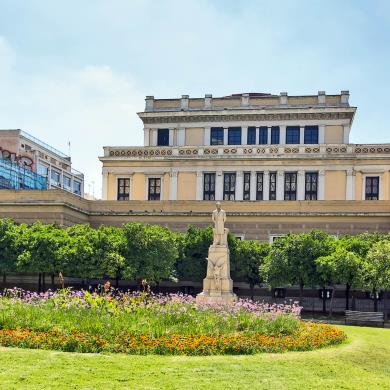 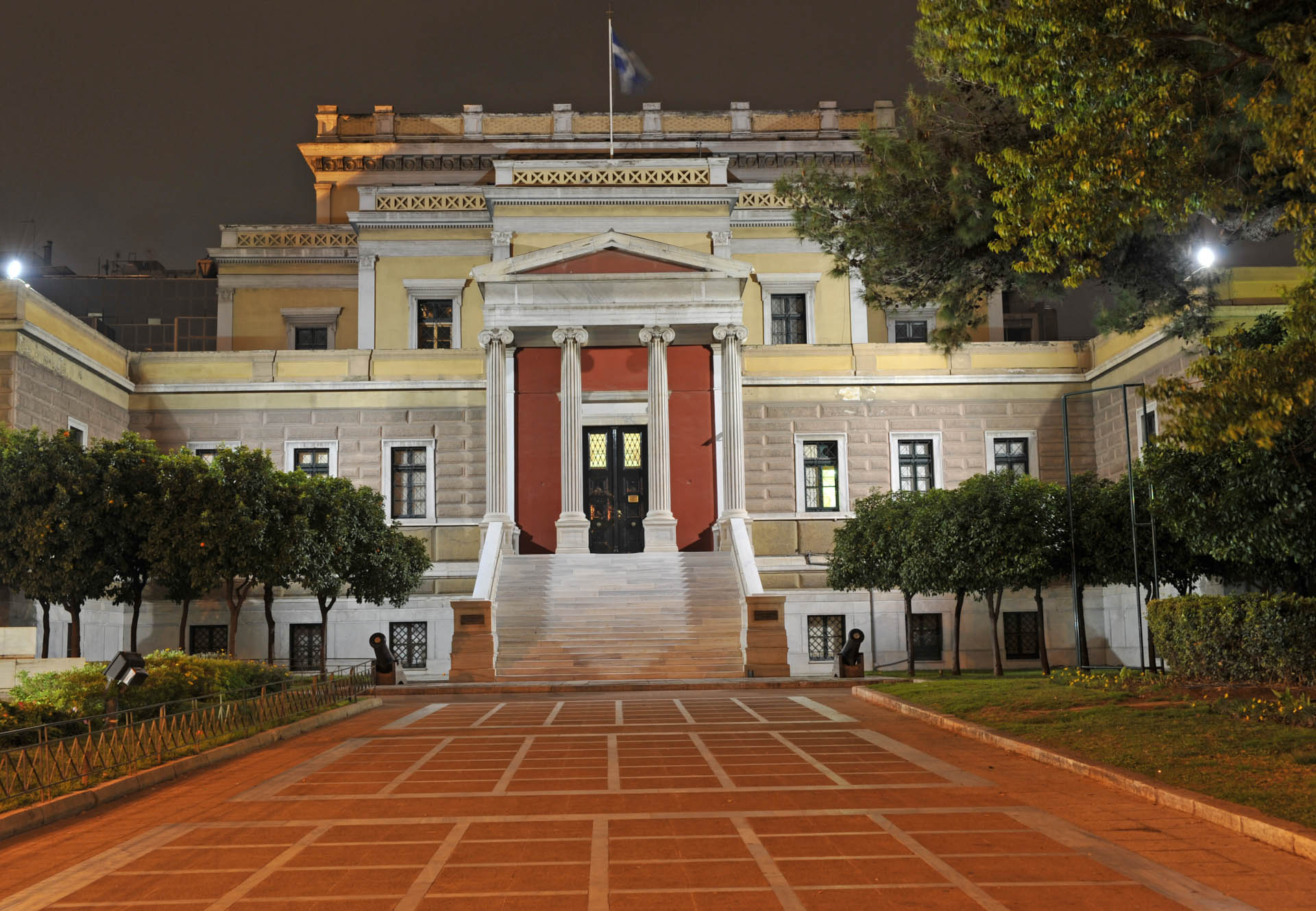 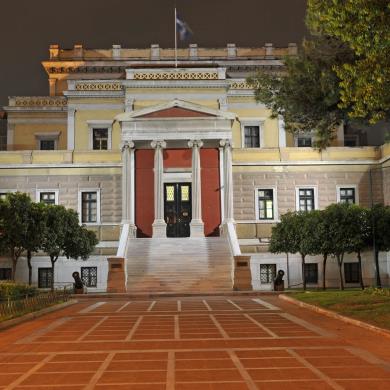 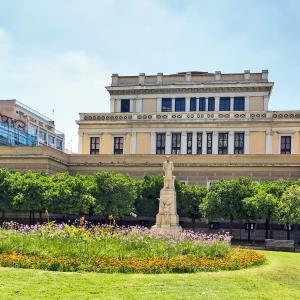