The crypt of Aghios Demetrios has been an archaeological site since its discovery in 1918. After 1950, some of the sculptures that survived the great fire of 1917, were transfered by S. Pelekanides in the area of the fountain in an effort to remodel the whole place. In the years 1985-1988, excavations were conducted in the north part of the Crypt, and its remains were restored. An exhibition was organized, including the excavation finds as well as the antiquities that were rescued from the catastrophic fire.
The museum contains early Christian sculptures of the 5th, 6th and 7th centuries found in the church, Byzantine sculpture from the church, dated to the 11th-14th centuries, and various excavation finds (coins, pottery), dated to the 5th-14th centuries. 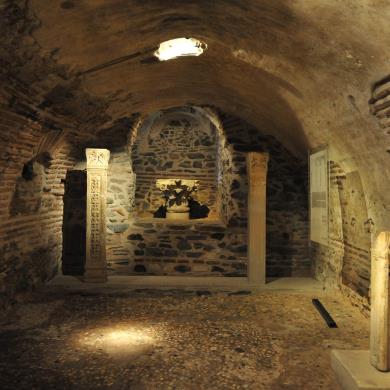 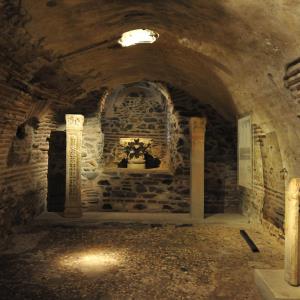