The Museum of Greek Folk Musical Instruments - Research Centre for Ethnomusicology (MELMOKE) comprises the collection of about 1200 Greek musical instruments dating from the 18th century to the present day, the fruit of half a century of research and study by the musicologist Foivos Anogianakis. The Museum is housed in the historical Lassanis Mansion, which was built in 1842 close to the Roman Agora.   The main building of the Lassanis Mansion contains, apart from the exhibition halls, the reception area, the Director's office, the secretariat and the library of the Museum (also donated by Foivos Anogianakis). The external auxiliary buildings of the old mansion have been converted into an annex that now houses the Research Centre and the archives, storerooms, a hall of lectures, educational programmes and seminars, and the Museum shop. In the garden of the Museum are given recitals of Greek traditional music.
About half of the instruments forming the Anogianakis Collection are on public display. They have been selected on the basis of not only their aesthetic and decorative value but mainly of their ethnological and musicological interest. Part of the collection is available for research purposes and for periodic exhibitions.
The permanent exhibition is spread over three floors and divided into four sections. The instruments are classified according to the material, by the vibrations of which the sound is produced, namely:
•Membranophones
•Aerophones
•Chordophones
•Idiophones   The objects of the Museum and Research Centre, as stated in the foundation charter, are as follows:
1) The collection, maintenance and display of popular musical instruments and generally of any material contributing to the research, study and furtherance of Greek musical tradition.
2) The promotion of research and study in connection with ethnomusicological subjects, in addition to the identification and dissemination of traditional music.
3) The preservation, study, projection and dissemination by all available means of Greek folk and Byzantine musical tradition, both in Greece and abroad.
4) The creation of a special ethnomusicological and audio-visual archive.
The MELMOKE also organizes traditional music lessons. 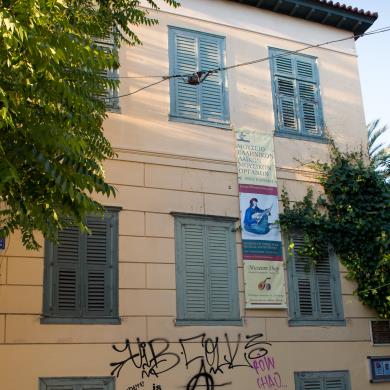 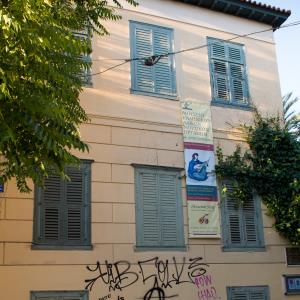