The Library is situated on the north of the Roman Agora. It is a rectangular building with its entrance, a Corinthian propylon, on the west side, surrounded by a high wall with protruding niches at its long sides. The whole complex was clustered around an open peristyle courtyard with a decorative oblong pool in the middle. Apart from the Library, the adjoining halls were used as reading and meeting rooms. The Library was built in AD 132 and it was one of the several monumental buildings erected during the reign of the Roman emperor Hadrian. The monument was destroyed during the invasion of Herulae in AD 267 and was subsequently incorporated into the Late Roman fortification wall.
In the 5th century AD an Early Christian church occupied the centre of the peristyle court. After its destruction, a three-aisled basilica was erected on its ruins in the 7th century, which was in turn superseded by the single-aisled church of Megale Panaghia, in the 11th century. The latter temple was destroyed by fire in 1885.
During the Ottoman occupation the building was used as the seat of the Voevode (Governor) and since 1835 as the royal barracks of king Otto.
The first excavations on the site were carried out by W. Doerpfeld and St. Koumanoudis, in the central and eastern part of the monument, after the great fire of 1885, which caused extensive damages to the Agora (Bazaar) and the church of Megale Panaghia. From the mid-20th century onwards the archaeological research on the site has been continuous and systematic. Over the last decade, under the unification of Athens archaeological sites program, large-scale restoration and maintenance works are in progress in the area of the Roman Agora and Hadrian's Library. 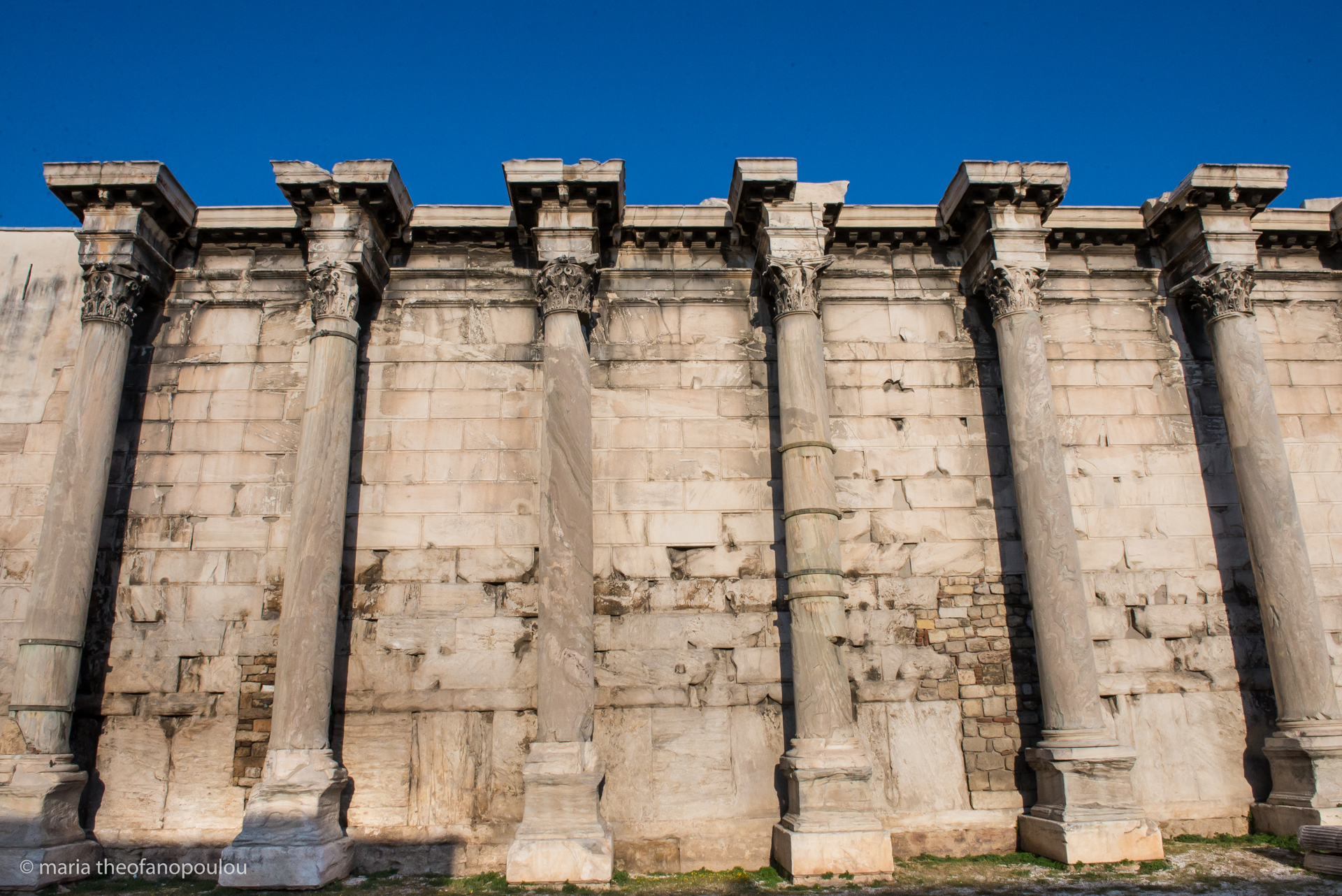 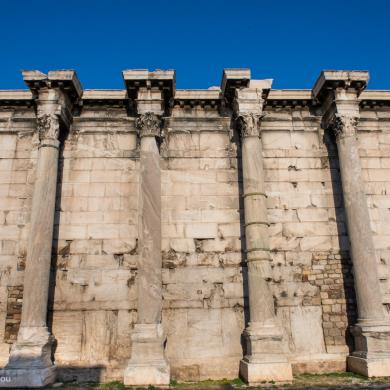 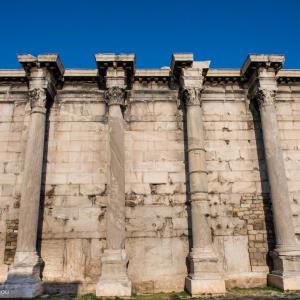