Kerameikos was named after the community of the potters (kerameis) who occupied the whole area along the banks of the river Eridanos. The walls of Athens, which were constructed in the 5th century BC by Themistocles, divided the area into two sections, the "inner" and "outer" Kerameikos. The wall had two monumental gates, Dipylon and the Sacred Gate, placed at the outset of the two most important processional roads of Athens, the Panathenaic Way which led to the Acropolis, and the Sacred Way which led to Eleusis. Along those two ways and outside the city walls - namely in the Outer Kerameikos - lay the official cemetery of the city, the "Demosion Sema", where Pericles delivered his funeral oration - the "Epitaphios logos" - in memory of the deceased Athenians in the first year of the Peloponnesian War (431 BC). Rescue excavations in 1997 uncovered part of the cemetery which was continuously used from the 9th century B.C. until the late Roman period.
Systematic excavations on the site began in 1870 by the Greek Archaeological Society under the direction of St. Koumanoudis, and were continued during the following decades in collaboration with the German archaeologists A. Brueckner and F. Noack. From 1913 to date the site is excavated by the German Archaeological Institute.
The most important monuments of the site are:
• The Pompeion. A spacious building with a peristyle courtyard, used for the preparation of festival processions. In the Pompieion were kept the sacral items used at the Panathenaic procession. Dated to the end of the 5th century B.C.
• The grave circle with the funerary stelae, among them the renowned stele of Hegeso (410 BC) and the marble bull in the plot of Dionysios of Kollytos (345 - 338 B.C. ).
• The Fountain House. The hypostyle fountain was located on the left side of the entrance of the Dipylon gate and provided a continuous supply of water to the inhabitants of the city and the travellers. It was built in 307-304 B.C.
The finds from the excavations of Kerameikos are exhibited in the Museum of Kerameikos and the National Archaeological Museum. 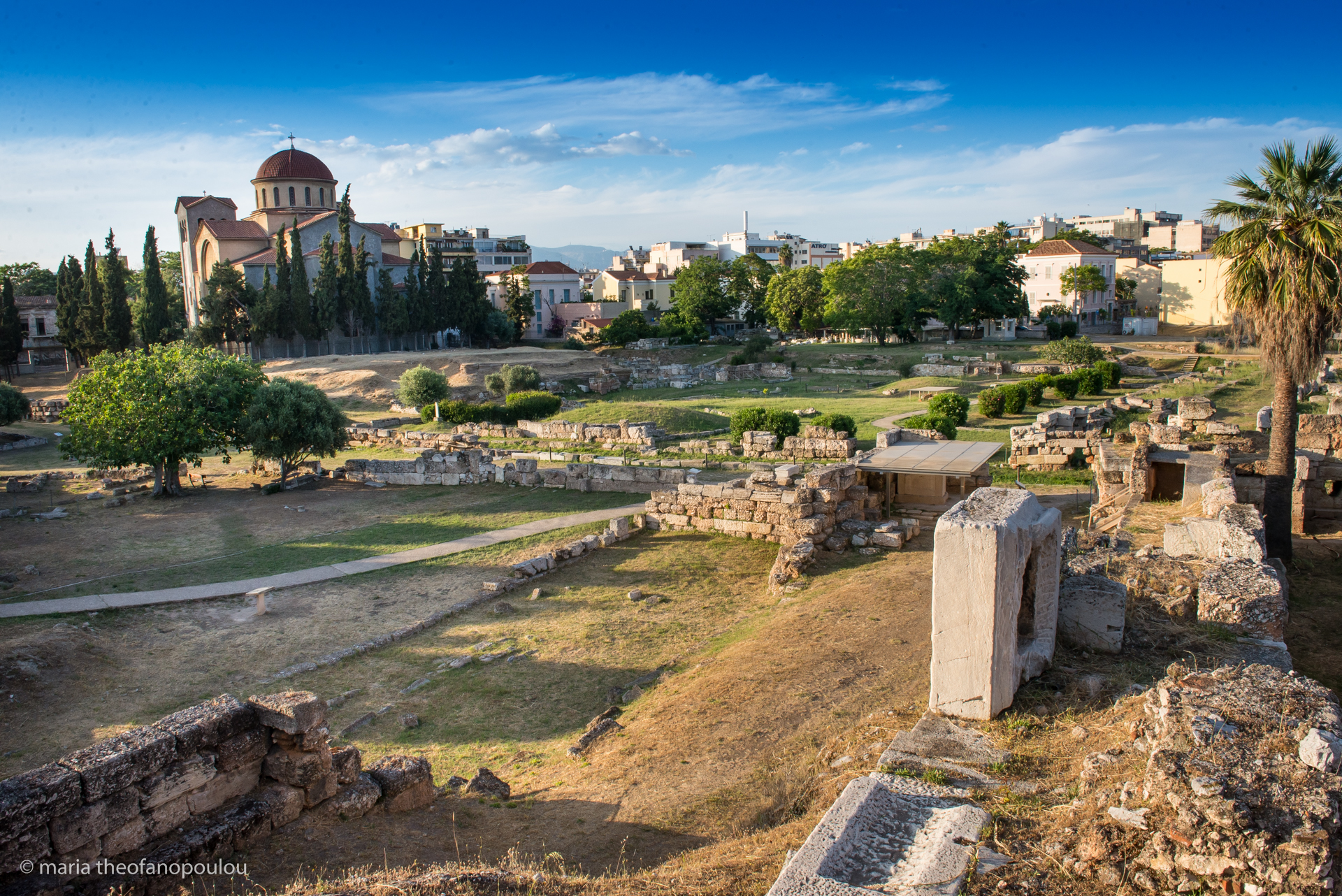 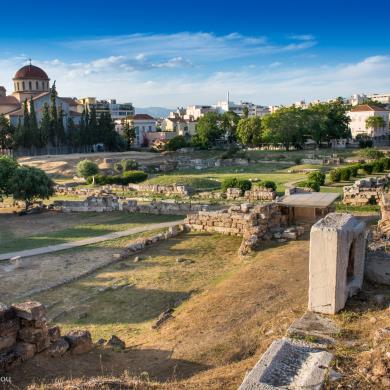 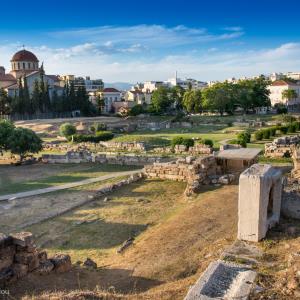