A view of Mithymna with the medieval castle

The medieval fortress of Molyvos is situated on the top of a rocky hill, in the place of the acropolis of ancient Mithymna. Built with reddish and brown trachyte, it has the shape of a disporpotioned trapezium with sides of about 70m. and it is preserved in a relatively good condition.
The exact date of its founding is not known. It was probably built after the mid-13th century and it obviously belongs to the series of the numerous forts that were constructed in that period by the Lesbians, in order to render the defense both against the Turks and the Franks possible. In 1373 it was restored by Francisco Gateluzzo A´. Additions took place during the period of the Turkish occupation (1462-1912).
Restorations commenced in 1976 and up to 1981 a number of strengthenings, rebuildings and joint-fillings in parts of the walls took place. In 1993 a crack in the south bulwark was restored and up to this day consolidation works are carried out in parts of the fortress that bear signs of damage.
In summers, varied cultural events take place in its inner yard. 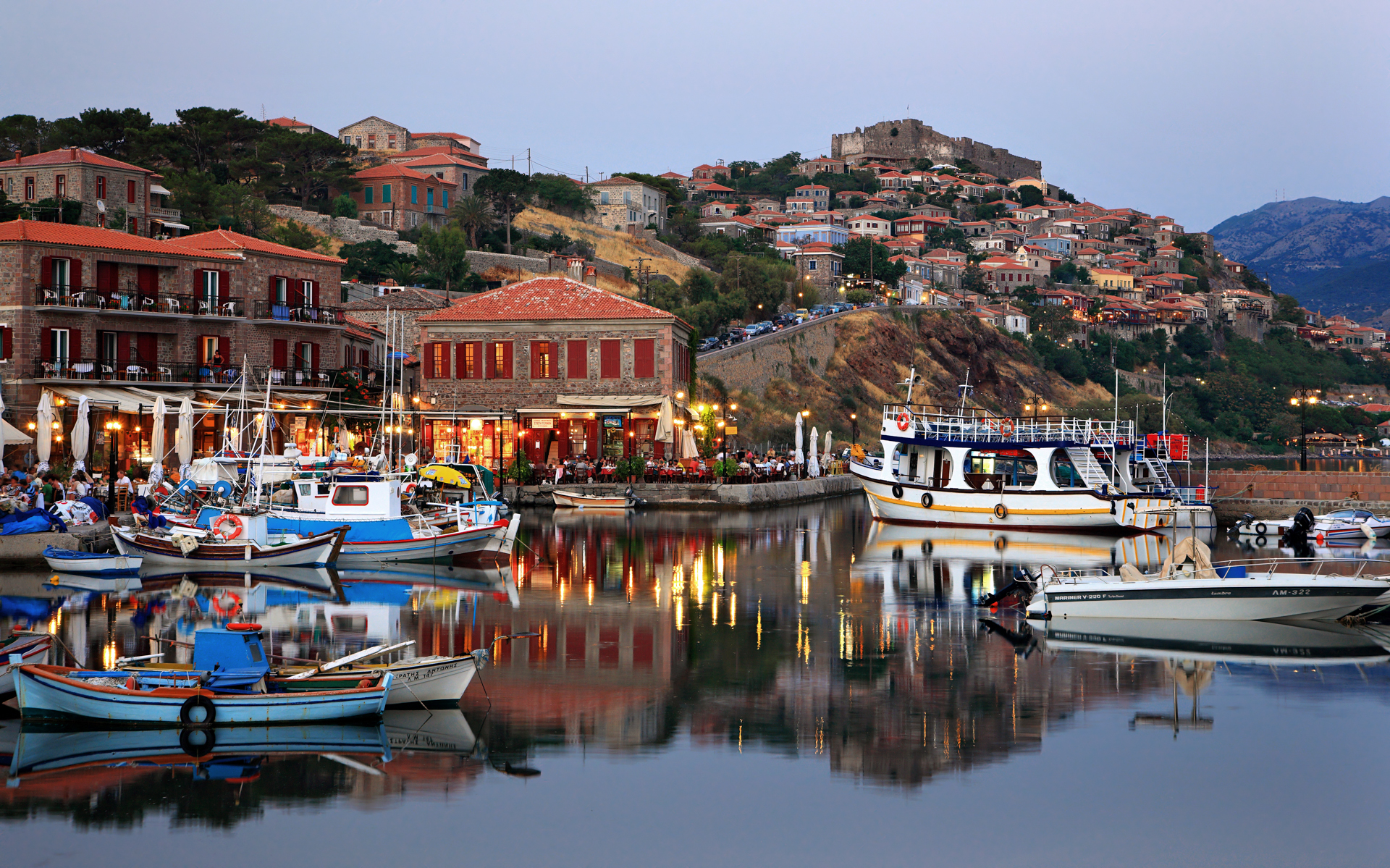 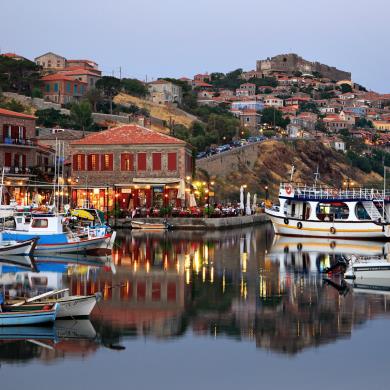