Archaeological site
Address: Kastri hill, 48200 AMMOTOPOS , ARTA , GREECE
Tel.: +30 26810 71700
URL: http://odysseus.culture.gr/h/3/gh351.jsp...
Ancient Orraon was founded by Molossoi in the 4th century BC. In 167 BC the settlement was destroyed by the Romans, but it was subsequently rebuilt and survived for a short period. Orraon was finally abandoned by its inhabitants, who were obliged to settle in Nikopolis, a city founded by Augustus after his victory in the battle of Actium, in 31 BC.
A notable feature of Orraon is its defensive character. With massive fortification walls reinforced with towers in places and a cistern for collecting water, this city-fortress was located in a a strategic position, guarding the passage from the Amvrakikos Gulf to the Ioannina basin, the territory of Molossoi. The city layout followed the Hippodamian plan, namely narrow parallel streets that crossed two wider streets, thus forming rectangular oblong insulae. The full narrow side of each insula - 15 m. in width - was usually occupied by a single house. The exceptional preservation of the stone-built private houses is another remarkable feature of this site. Built of the local tough limestone, the walls are preserved to considerable height, in some cases up to the upper storey, and one can still see today the position of the windows, door jambs and wooden frames. 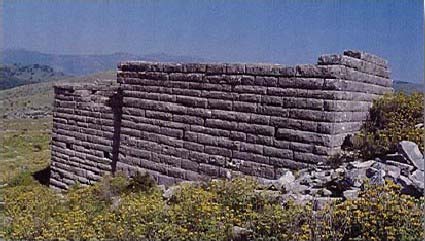 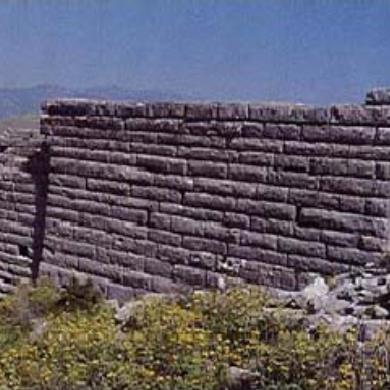 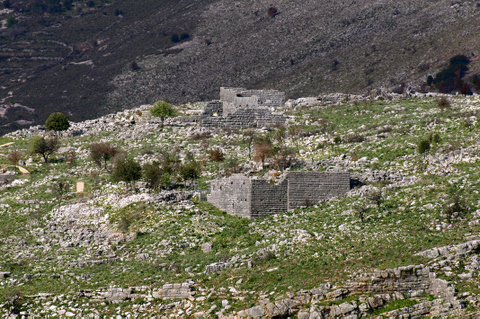 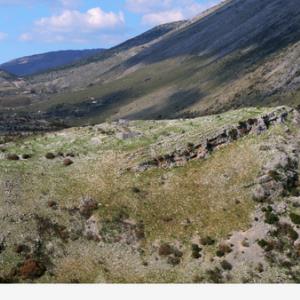 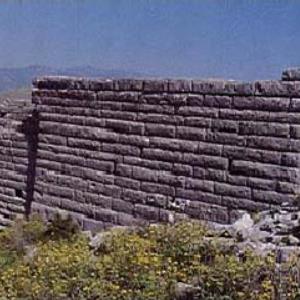 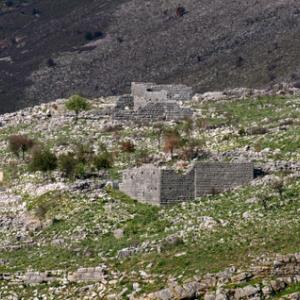