(end of the 7th century AD)

Churches, Byzantine & Post-Byzantine Monuments, Cultural heritage
Address: Agia Sophia square, 54622 THESSALONIKI , MAKEDONIA CENTRAL , GREECE
Tel.: +30 2310 270253
URL: http://odysseus.culture.gr/h/2/gh251.jsp...
It is a rectangular church, with a cross-in-square nucleus, which is covered with a dome. It is surrounded by a U-shaped ambulatory on the three sides, while the east is occupied by the tripartite sanctuary. The present architectural form of the monument is in many aspects, quite different from the original 7th century structure. Several parts of the interior pictorial decoration are preserved: mosaics on the dome and the sanctuary, dated to the 8th-12th centuries A.D. and wall paintings of the 11th century, in the narthex.
The church was built in the 7th century, on the ruins of a large, five-aisled basilica dated to the 5th century A.D. It was the metropolitan church of Thessalonike, dedicated to the Wisdom (Sophia) of God and soon became the nucleus of a large building complex, with administrative and religious functions. In 1524, it was converted into a mosque, it was burnt down in 1890 and was repaired between 1907 and 1909. After the liberation of the city, in 1912, it was restored to Christian worship.
Excavations were conducted in the years 1936-40, 1946, 1948 and 1961 and, after 1978, during the restoration of the building which was damaged by the earthquake.
The building was restored in 1907-1909, 1941 and again, after the earthquake of 1978. In 1961, the wall paintings of the narthex were uncovered and cleaned, after the turkish plaster was removed.
The monument is now used as a church. 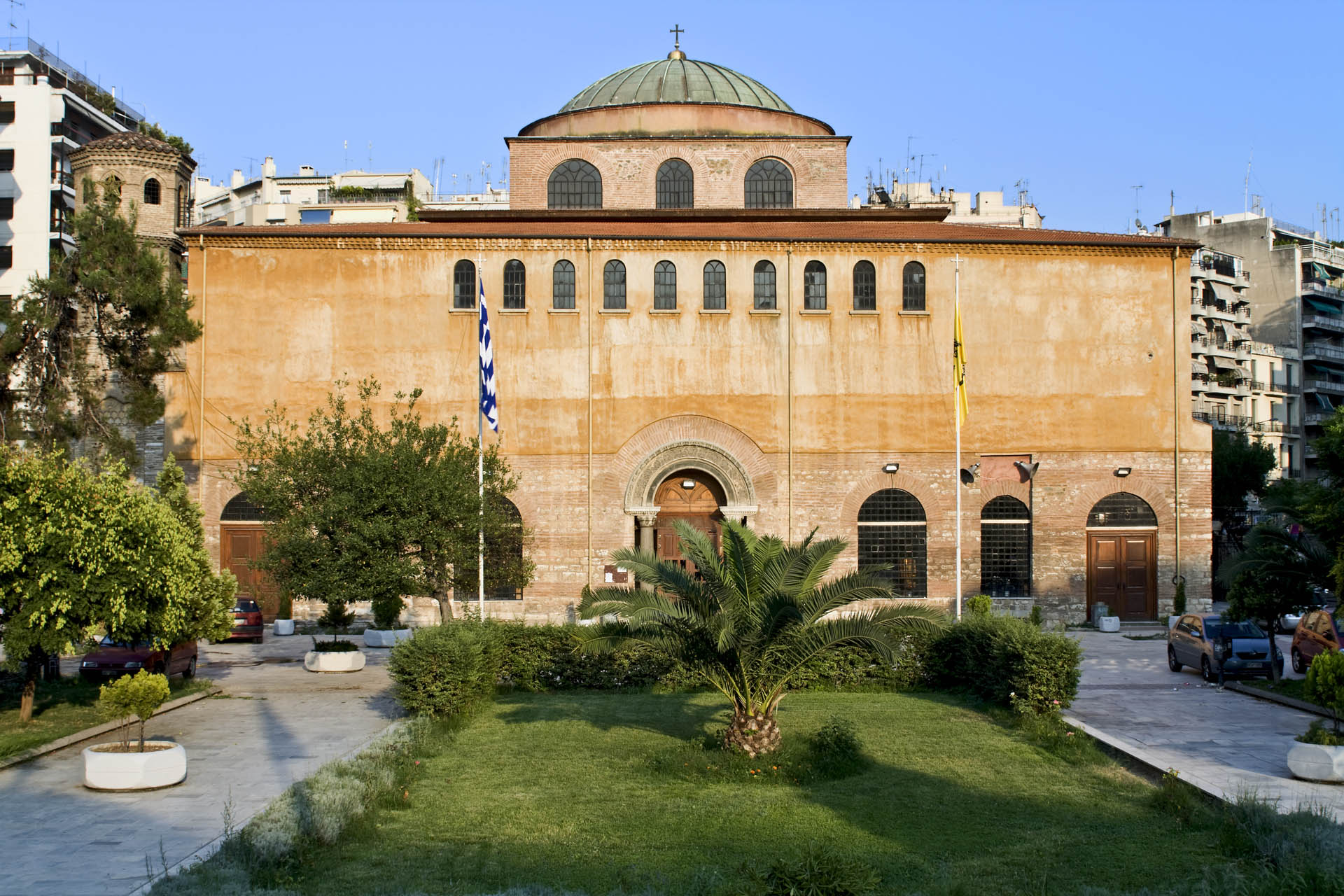 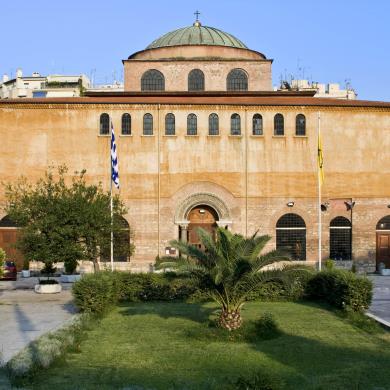 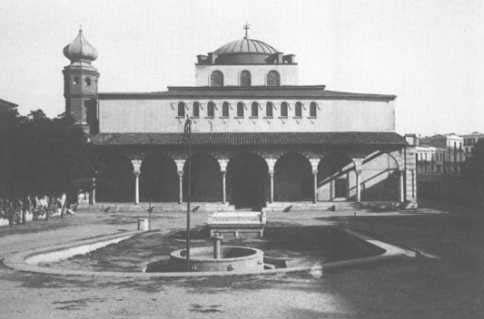 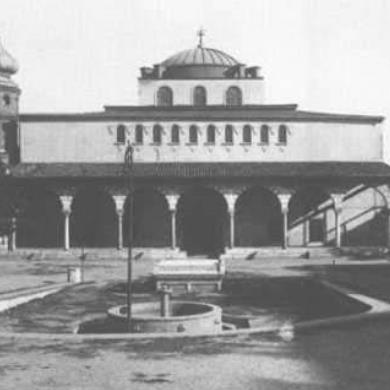 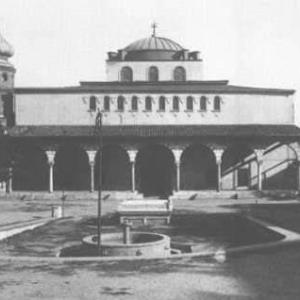