Monuments of Modern Greece
Address: 4-8, Apollonos Street 84100 SYROS , KYKLADES , GREECE
Tel.: +30 22810 79133
Massive building of monumental style with simple architectural lines and interesting construction. It has marble-built parts with furrow joints while marble stripes separate the stories and a cοnvex and concave moulding sets off the edifice's base. The final cornice is of marble and there is also a built parapet around the chamber. The building could well be described as an apartment building since it had different entrances.   Morphologically and historically, the building is significant. As it can also be seen at the signposts, there lived Ch.A.Kriaras, resided King Otto and stayed E. Venizelos while an infant. From 1935 to 1963, it served as a Girls' Highschool.
By a ministerial decree of 1987, the building was identified as a work of art encircled by a protection zone extending to the property's boundaries. Today, part of the building is inhabited while the rest is empty. 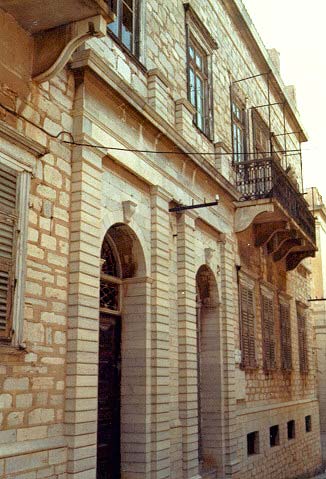 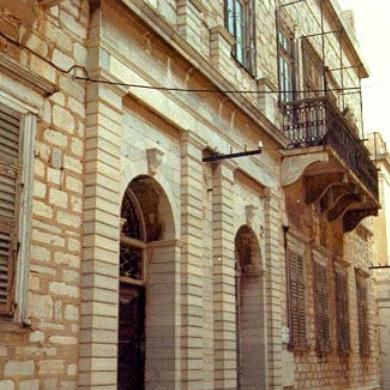 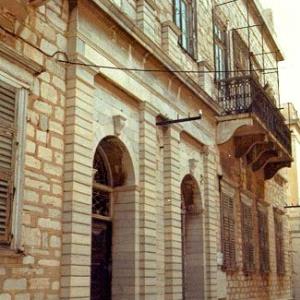