Therassia lies to the west of Santorini and is in many respects its smaller mirror image. A part of Santorini before the volcano decided otherwise, Therassia has a gorgeous main town, Manolas, with white sugar-cube houses and the occasional dash of color. Home to approximately 300 people, Manolas is connected to the small port of Korfos via a winding hairpin path. Besides a reasonable number of places to stay, the island has seen little development and is comparatively pristine, with small restaurants and grocer’s shops that double as local cafes. This makes it ideal for day trips, longer tranquil breaks from the cosmopolitan scene across the pond, and bike rides and walks on the mild side –say to Potamos, the island’s second largest town. Some of the biggest names in 19th century archaeology converged on Therassia, the result of a serendipitous discovery when the soil of Santorini and Therassia provided some of the raw materials for the Suez Canal. It is the same very special soil that today sustains the island’s delectable local products, including cheese, zucchinis and fava.

Almost every spot on Therassia’s precipitous east coast is a postcard-perfect portrait of the caldera, Palea Kameni, Nea Kameni and of course Santorini, looking much like a distant snow-capped mountain range. The island’s hinterland is home to no fewer than 21 churches, including the monastery of the Dormition of the Mother of God (Koimisis Theotokou) built in 1872. The Panagia ton Eisodion church is another architectural gem at Agrilia, which together with Kera are the island’s two ghost towns, though there seem to be plans for their revival. There is a fairly good selection of swimming spots accessible by boat, besides the more accessible black sands of Riva, home to the church of Agia Irini that gave its name to Santorini, and the pebble beach of Korfos. These are two perfectly reasonable choices in addition to other fortuitous discoveries as the island slants towards the water on its western coast. 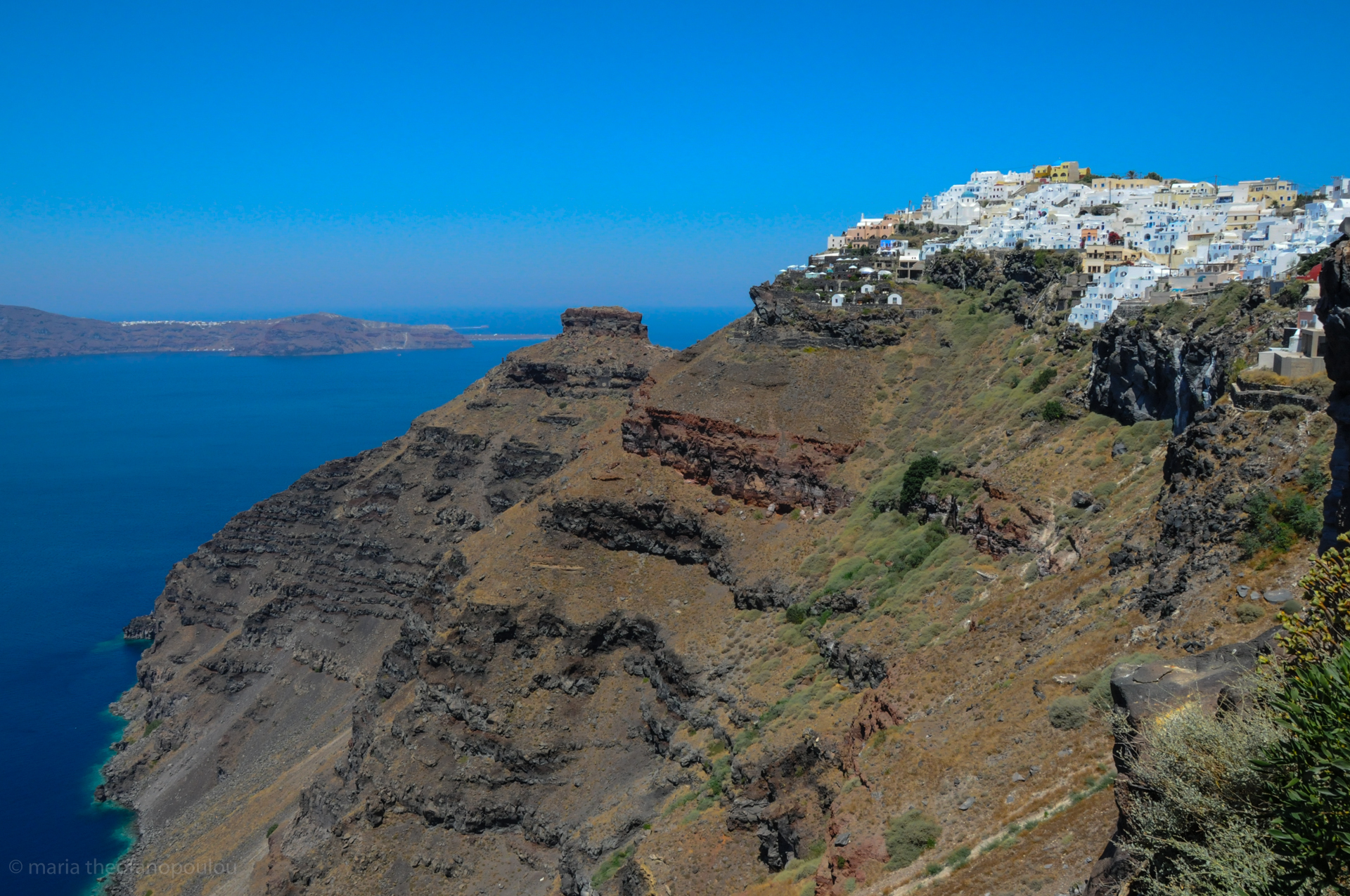 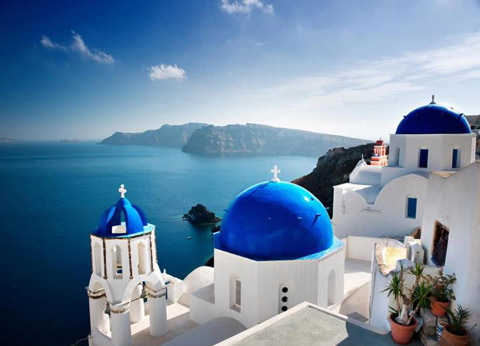 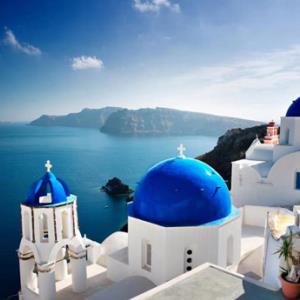