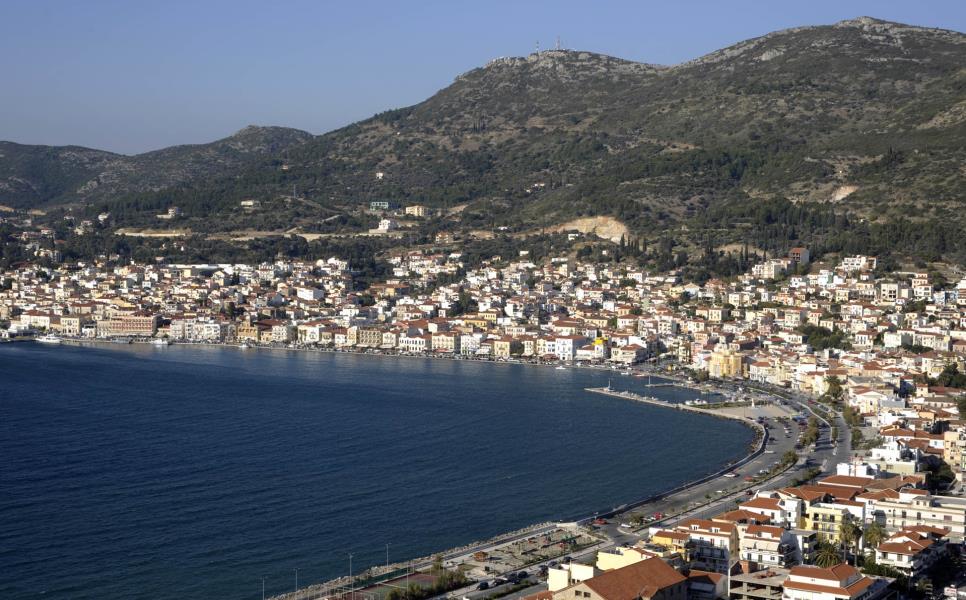 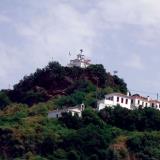 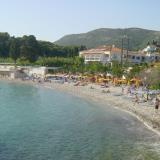 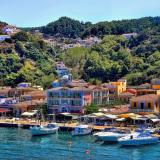 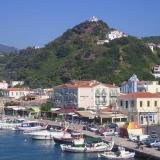 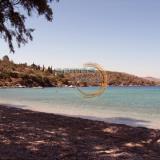 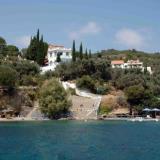 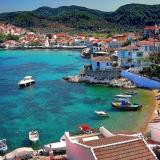 prev next
Displaying 10 out of 47 total images found for SAMOS. View all.

Samos is one of the larger Greek islands just off the Turkish coast in the eastern Aegean and near Ikaria, Patmos, Fourni and to the south of Chios. A holiday favorite for foreign visitors and Greeks alike, Samos is known beyond its borders for its Muscat wine and for being the birthplace of the brilliant Pythagoras and the philosopher Epicurus. Samos is an island of stunning natural variety and soft tones that stand in contrast to the stark and luminous whiteness of the Cyclades: pine-covered slopes, picturesque villages immersed in green lushness, some major archaeological sites and serious hiking potential for anyone seeking to complement a laid-back epicurean holiday with peripatetic, nature-oriented activities: Kerkis and Ambelos, the island’s mountains are home to rare flora and fauna, while the migrating pelicans and flamingos at the precious wetlands of the Glyfades lakes (Megali Glyfada & Mikri Glyfada) and Alyki will delight bird watchers. Vathy, the old part of the island’s modern capital and port, saw its main building spree in the early 19th century and is blessed with neoclassical and Venetian architectural gems. One of the island’s most renowned archeological sites is the 5th century Tunnel of Eupalinos. Almost a kilometer long, it is a stunning example of ancient engineering that comes with it is own story of tyrants and freed slaves.

As an island that is much more than the sum of its holiday delights, Samos hosts music and wine festivals, contemporary and traditional cultural events, particularly during August. Pythagorio on the island’s southern coast is a major Greek and Roman archaeological site and a quaint port town with a breezy promenade and a string of seafront cafes. During the summer months, you can catch a boat from the port of Samos or Karlovassi to Patmos, Ikaria, Agathonissi, Samiopoula and Turkey’s Kusadasi. Both Vathy and Pythagorio, along with Kokkari and Votsalakia, are popular tourist spots. If you are looking for a break from the summer hustle, look for the quiet mountainous and semi-mountainous communities of Manolates, Koumeika, Ydroussa, Kosmadei, Koumaradei and Platanos or the monasteries of Timios Stavros, Megali Panagia and Vrontas. Popular beaches with beach bars, deck chairs and occasionally water sports include Tsamadou, Votsalakia, Chryssi Ammos, Lemonakia, and the windsurfing hotspot of Kokkari. Plaka, Agios Isidoros, Seitani, Kerveli are more on the quiet side and accessible by car, which is anyway highly recommended for touring any island the size of Samos.