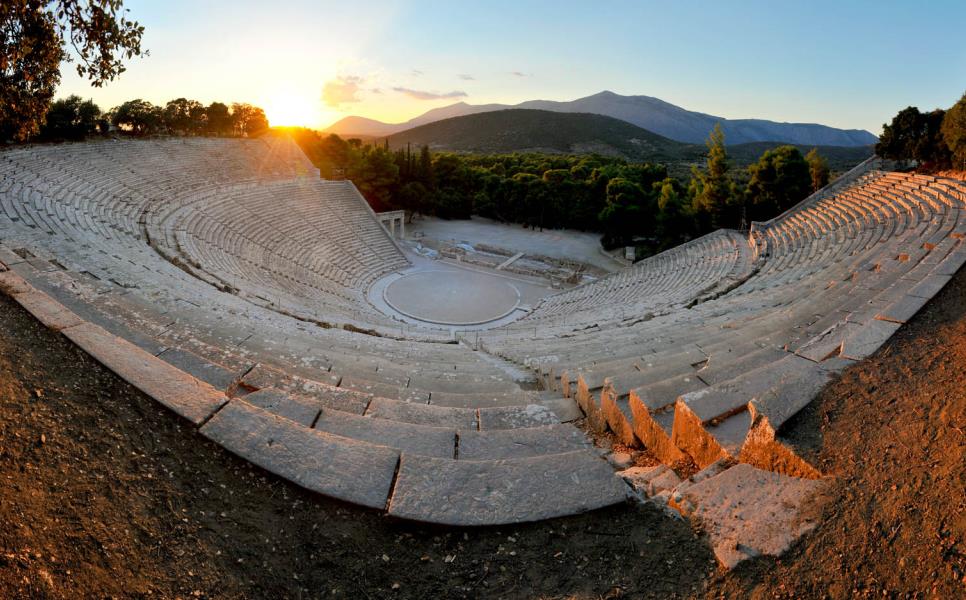 In a small inner Argolid valley in the Peloponnesus, the shrine of Asklepios, the god of medicine, developed out of a much earlier cult of Apollo (Maleatas), during the 6th century BC at the latest, as the official cult of the city state of Epidaurus. Its principal monuments, particularly the temple of Asklepios, the Tholos and the Theatre -considered one of the purest masterpieces of Greek architecture- date from the 4th century. The vast site, with its temples and hospital buildings devoted to its healing gods, provides valuable insight into the healing cults of Greek and Roman times.

Surrounded by rocky heights only thinly covered by the meagre vegetation of Mediterranean scrub, the archaeological site of Epidaurus sprawls over several levels. At an altitude of 430 m, the Sanctuary of Apollo Maleatas overlooks the rest of the ruins. Lower down, to the south-west, at approximately 360 m, is the Theatre. Finally, the Sanctuary of Asclepios and its various buildings - baths, gymnasium, palaestra, stadium and katagogeion (dormitories for patients) - stretch over a western shelf located at between 320 m and 330 m altitude. This vast site is a tribute to the healing gods of Epidaurus - Apollo, Asclepios, and Hygeia.

By the 5th century the sanctuary already enjoyed great renown, both for the miraculous cures that occurred there and for the games held every four years and the stadium dates from that time. Epidaurus entered its greatest period in the 4th century BC, when the great monuments of the Hieron were built: the Temple of Asclepios, the Tholos, the Enkoimeterion, where the sick awaited their cures, the Baths of Asclepios, and above all the incomparable Theatre, rightfully considered one of the purest masterpieces of Greek architecture. It represents a unique artistic achievement through its admirable integration into the site and the perfection of its proportions and acoustics. Epidaurus continued to flourish during the Hellenistic period. Despite pillaging by Sulla in 87 BC and by Cilician pirates, the restored sanctuary prospered during the Roman period, as witnessed by the famous description by Pausanias in AD 150.

The Sanctuary of Epidaurus bears exceptional testimony to the healing cults of the Hellenic and Roman worlds. It exerted an influence on all the asclepieia in the Hellenic world, and later on all the Roman sanctuaries of Esculape. The emergence of modern medicine in a sanctuary originally reputed for the psychology-based miraculous healing of supposedly incurable patients is directly and tangibly illustrated by the functional evolution of the Hieron of Epidaurus and is strikingly described by the engraved inscription on the remarkable steles preserved in the Museum. 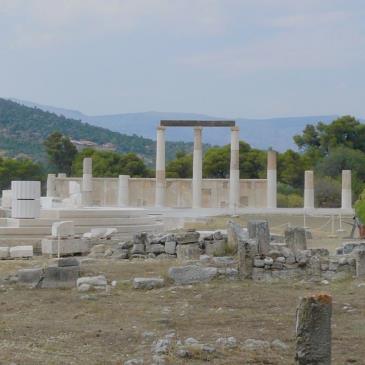 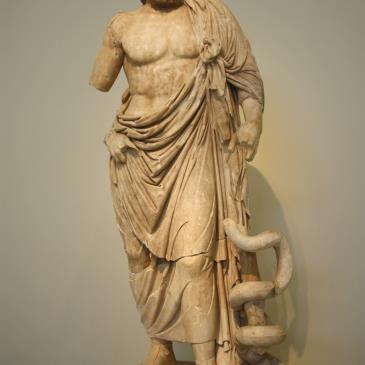 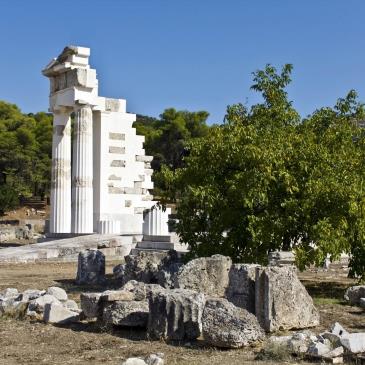 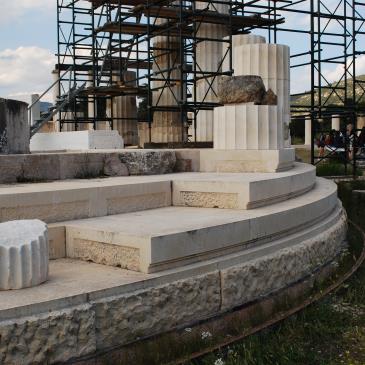 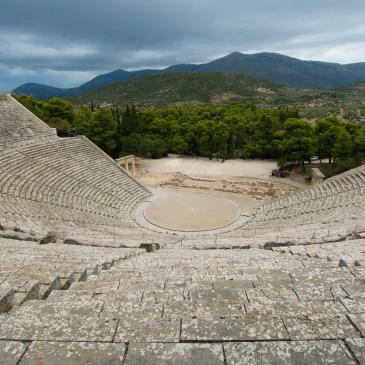 Find within ASKLEPIEION OF EPIDAURUS