The peaceful lagoon of Vouliagmeni lies 16-km. northwest of Loutraki and was caused by the subsidence of the ground to α kind of trench.
The lagoon is 2 km. long and up to 1 km. wide. Its depth is estimated at 40 m. Α channel of 6-m. width provides an outlet to the sea.
In ancient times, it was called Eschatiotis (meaning the “last” part of the promontory) or Corgopis (from the mother of Megareus, who was drowned in its waters). No trace has survived of the ancient Megarean colony of Aegeirus, which stood to the north of the lagoon.
A settlement dating back to the early Helladic I period was discovered by the archaeologist J.M. Fossey about 30 m. west of the channel from the lagoon into the Gulf of Corinth.
Another settlement, of early Helladic 11, has come to light to the north-west, and 300 meters from this an ossuary of the same period yielded the bones of 10 dead and some 500 vessels. It can be concluded from the scattered finds of sherds that in the third and second millennia BC, families of farmers and fishermen sparsely inhabited the area. 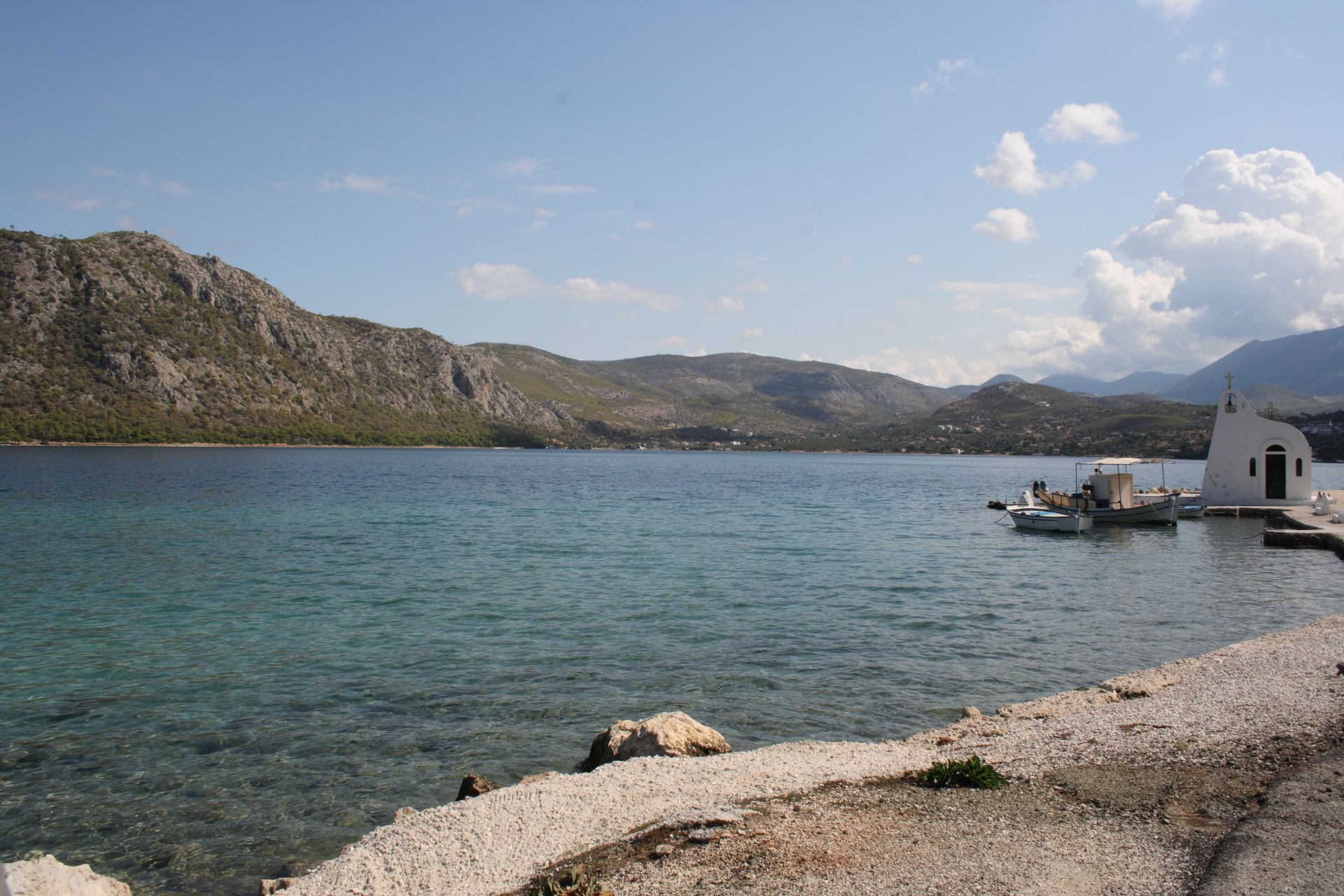 Displaying 10 out of 12 total photos found for LIMNI VOYLIAGMENIS LOUTRAKI. 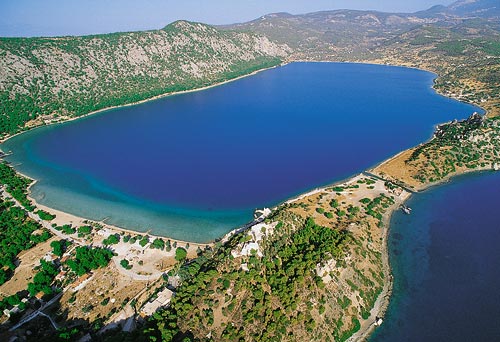 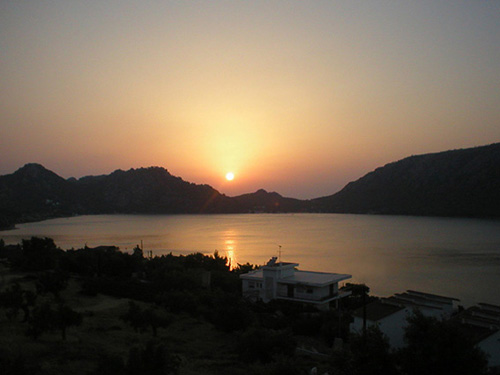 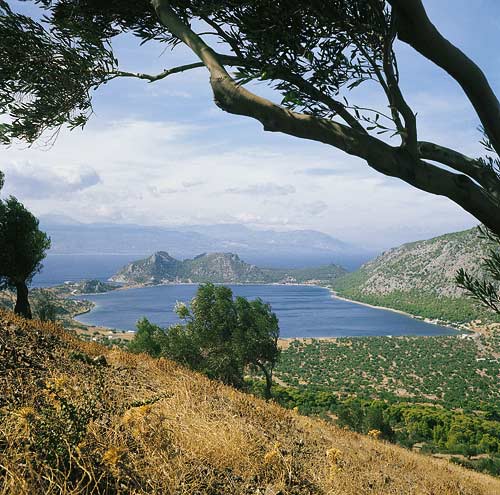 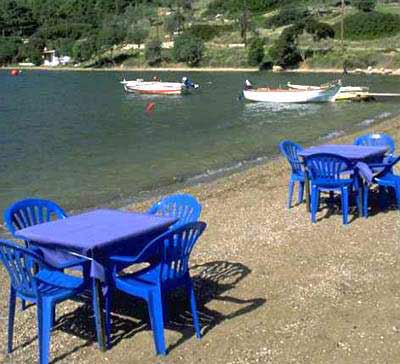 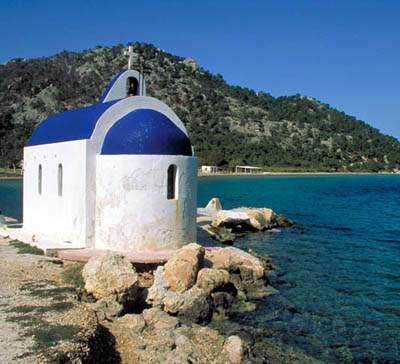 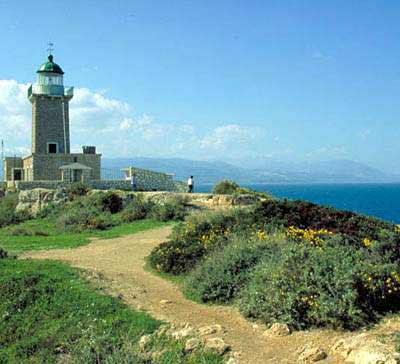 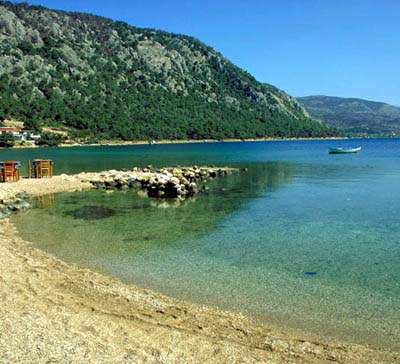 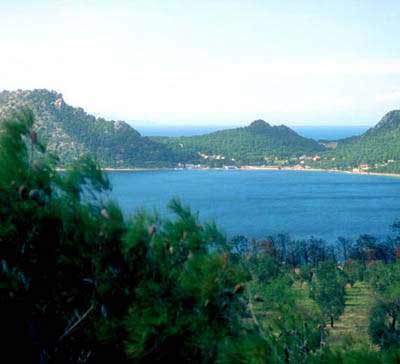 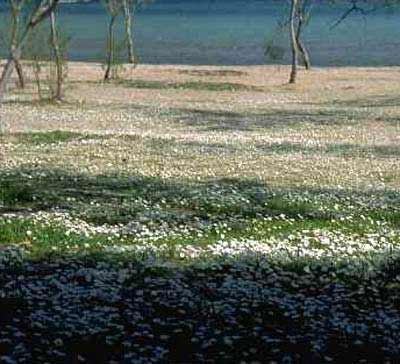 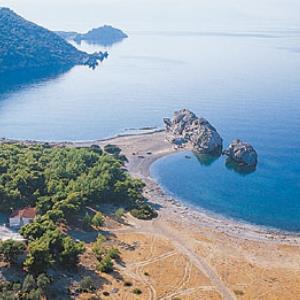 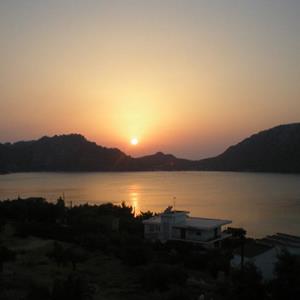 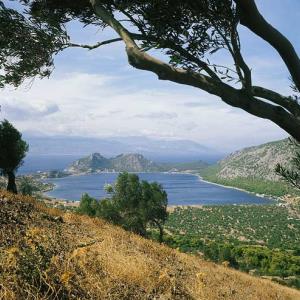 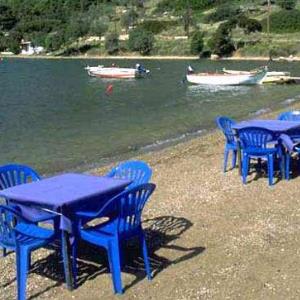 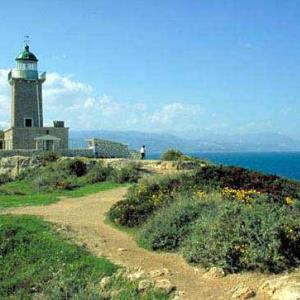 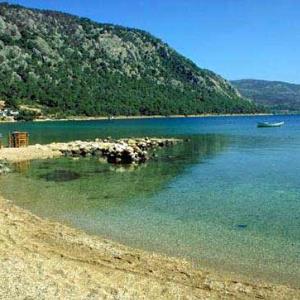 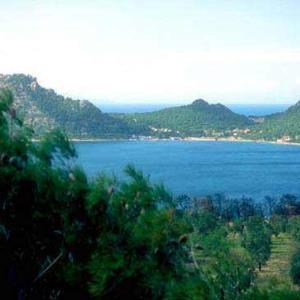 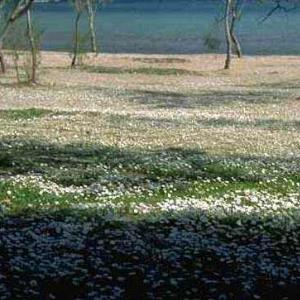