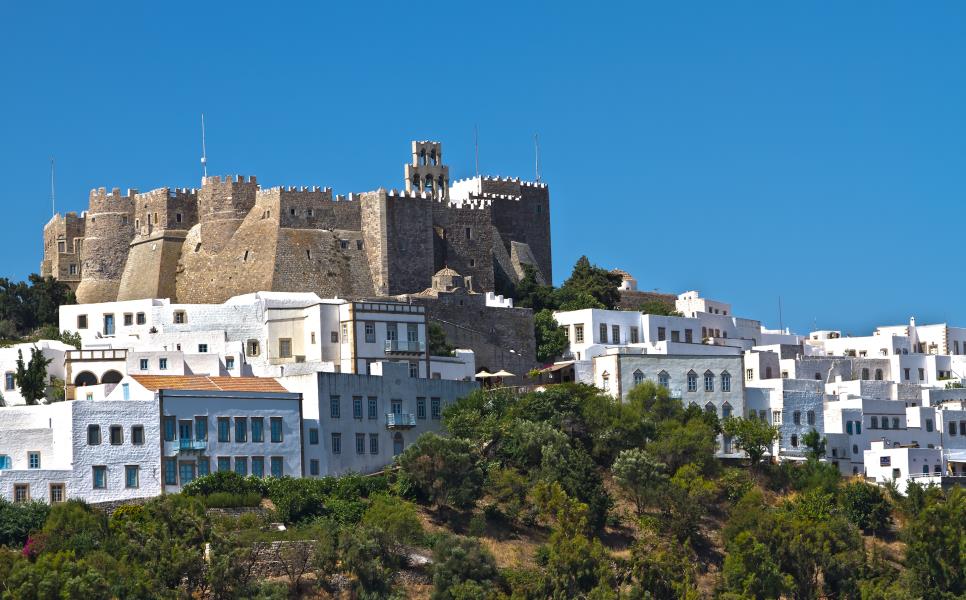 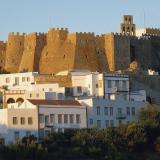 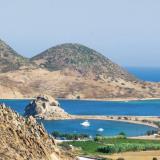 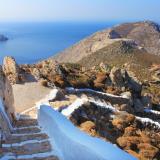 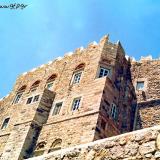 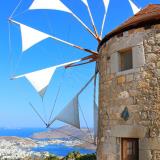 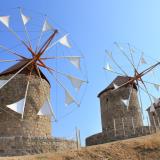 The small island of Patmos, the northernmost island of the Dodecanese group, is reputed to be where St John the Theologian composed two of the most sacred Christian works, his Gospel and the Apocalypse. The Monastery of Hagios Ioannis Theologos (St John the Theologian), dedicated to the ‘Beloved Disciple’, was founded in the late 11th century. The monastic complex together with the associated medieval settlement of Chora and the Cave of the Apocalypse constitute an exceptional example of a traditional Greek Orthodox pilgrimage centre of outstanding architectural interest. The town of Chora is one of the few settlements in Greece that have evolved uninterruptedly since the 12th century. There are few other places in the world where religious ceremonies that date back to the early Christian times are still being practised unchanged.

Ancient Patmos was colonized first by Dorian and then Ionian Greeks. When it was absorbed into the Roman Empire it was used, like other Aegean islands, as a place of exile for political prisoners. Among them was the Evangelist St John the Theologian (also known as St John the Divine), who was brought to the island in AD 95 during the reign of Domitian.

Like so many of the Aegean islands Patmos was devastated by Saracen raiders in the 7th century, and it was virtually uninhabited for the next two centuries. In 1088 Hosios Christodoulos, a Bithynian abbot who had already founded monasteries on Leros and Kos, obtained permission from the Byzantine Emperor Alexis I Comnenus to found a monastery on the island dedicated to St John. This was at a time when the imperial state was encouraging resettlement on the islands and shores of the Aegean, a policy that included the establishment of fortified monasteries; for instance, during the same period were founded Nea Moni on the island of Chios and the monasteries of Mount Athos.

It was around this time that the oldest settlement on Patmos was founded, that of Chora, when married lay brothers and other people working for the monastic community settled around the monastery. After the fall of Constantinople in 1453 about 100 families were resettled in Chora, in dispersed houses essentially rural in nature. Patmos came under Turkish control in the early 16th century. Paradoxically, this marked the beginning of a period of prosperity for the islanders, who were granted certain tax privileges in exchange for their submission. The inhabitants of Chora took advantage of these to engage in shipping and trade, and this is reflected in the fine houses built by wealthy merchants in the late 16th and early 17th centuries, a number of which survive to the present day.

This prosperity ended when the island was sacked by the Venetians under Francesco Morosini in 1659. Following the fall of Candia (contemporary Heraklio) to the Turks in 1669, Venetians refugees were settled on the island. They created a new residential area, known as Kretika (the Cretan quarters). The urban tissue began to change, the new properties being much smaller and densely packed. It was slowly to recover its former mercantile role, but in the later 18th century and throughout the 19th century Patmos was once again a major trading centre. From the mid-18th century the town expanded, many of the old houses were rehabilitated and new mansions were built.