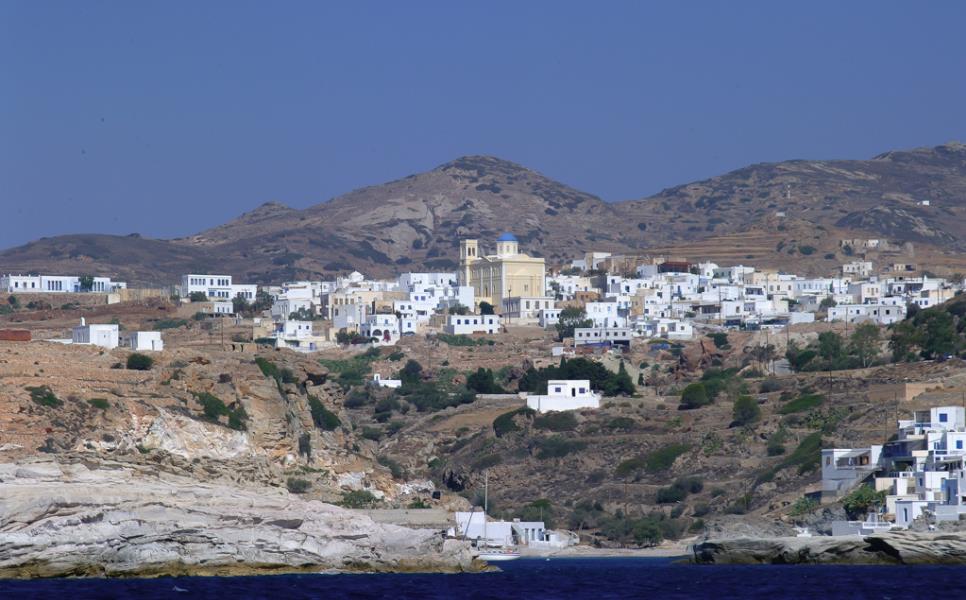 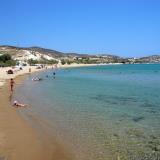 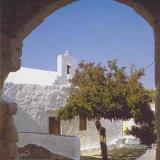 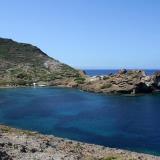 Kimolos is an accessible off-the-beaten-track destination, a small island a stone’s throw from its comparatively better-known neighbour, Milos, at the southwestern boundary of the Cycladic cluster. Like many of the stark and volcanic Aegean isles, Kimolos is only occasionally green, mostly off-season when hillsides become flowerbeds, and combines pristine sandy beaches with astounding rock formations, among them the skiadi, a mushroom-shaped rock that has become one of the island’s hallmarks. This is a low-key island, ideal for quality-time and cozy privacy close to nature. Its beaches and coves are on the whole free of bars, sun beds and the water sports frenzy that is endemic to some of the glitzier island destinations. Above the peaceful port of Psathi lies the island’s main town, known locally as Chorio as opposed to Chora, the usual term for an island’s main town. Its narrow and sparkling-white labyrinthine streets, arches and doorways are built around its two main churches (out of a total of eighty) and a castle.

Palaiokastro, at the island’s highest peak of 400 meters, is the oldest settlement on Kimolos and offers a dazzling vista of the region. For an island of its size (a mere 36 square km), Kimolos has a tempting variety of swimming spots for all preferences and manner of abilities, some with complimentary trees or perhaps even a taverna, and elsewhere a sprinkling of campers. Most of the island’s main beaches, Kalamitsi, Alykia and Bonatsa, are on its southern shore. Its western shores are a mix of rocky inlets (including the cave of Pelekiti), and small beaches waiting to be explored, though often exposed to the winds. Soufi lies to the northeast and is a small sandy beach with almost unreal turquoise waters. Gerakia on the island’s northern tip has some stunning rock formations and gaps to swim through, Prassa towards the chalk mines at the northeast is known for its white sand and, like Kalamitsi, is family-friendly but also features some umbrellas and sun beds. The uninhabited island of Polyegos to the east of Kimolos has gorgeous beaches and coves, among them Mersini and Ammoura. Polyegos is one of the most uncorrupted island ecosystems in the Aegean and home to the Monachus monachus seal, listed as critically endangered, as well as other rare reptiles and flora.