Itea, built in the background of the Crissaean Gulf extends together with the neighbouring Kirra, along the coastline of the plain sharing the same name, the Crissaean Plain and it is the south ending up of the famous landscape of Delphi. Itea, a relatively new city, since it was founded in 1830, it managed to become soon an important commercial and transit centre due to a series of favourable circumstances. Nowadays, its population is about 9.000 people. The access to the city is easy, either by sea - it has a good port that serves the transport of both people and goods - or by land, as it is connected to the big road axis of Greece. It constitutes the way out to the sea not only for the Department - it is the port of Amfissa and Delphi - but also for the entire area of Central Greece. Its marine constructed according to the most advanced specifications has an anchorage capacity of 250 vessels and it is a good solution for vessel owners even from Attica.
On 17th September 1827, in the bay of Η°gkaliΘ- (embrace), where there was a dock for vessels the so- called "Salona Dock", Frank Abney Hastings, a warm philellene and admiral of the Greek nautical force, piloting the first steam military ship in history, ΗKarteriaΘ, blew up the Turkish flagship and decimated the Turkish fleet. The terrible naval battle, that ended before it began, was almost bloodless for the Greek squadron and decisive for the Struggle of the Greek people. It contributed substantially to the acceptance of the idea of forming a state military fleet and marked the beginning of Greece's independence. Itea's street planning is perfect, it follows the Hippodamean System of Road planning, and gives city and its visitors the feeling of comfort and functionality. Squares and alleys full of trees make city beautiful and visitors can enjoy a walk through these, on the dock and on the beautiful green hill of Agioi Anargiri. The city is able, with its physical presence, its infrastructure and a net of services, to offer to its visitors a modern and comfortable accommodation. Its shape allows the contact with the sea from two sides, with beaches where everyone can pass a few hours of tranquillity and pleasure in the clear water and escape from everyday life.
The "Trokantero" and "Maiami" beaches, honoured with "Blue Flags", gather many bathers as well as "Nafsika" and "Evaggelistria" beaches. The city has the capacity to receive and it receives big events, such as "Acropolis" and "Olympion" rallies, swimming contests of international prestige, congresses, etc.. Several events - sport events (basketball, swimming, bicycle races, cultural events (Nautical Week, carnival, Itea koulouma, concerts, etc.)- entertain the local people and visitors all around the year. Itea, a modern, active city, invites visitors to have a comfortable accommodation, to relax and enjoy magical nights with a view to the Corinthian Gulf. Municipality of Itea comprises: Kirra, a very ancient town. Its foundation is lost in the darkness of prehistory. Findings from excavations reinstate the existence of a settlement since year 3.000 BC. The tradition considers that Cretan merchants founded the city. The existence of Kirra during the historic period - after 1100 BC - cannot be questioned and it is stated as a rich and powerful city. It was the only point of access to the Delphi and flourished as the port of the sacred city.
In addition, its power allowed it to play essential and leading role to the matters of Fokida (Phocis) and of the entire region. It was surrounded will strong walls, it was decorated with temples - of Apollo, Artemis, Leto - and immense statues, according to Pausanias. It had integrated port facilities, shipyards and private buildings and reservoirs. We do not know the end of Kirra. It is said that it was ruined in AD 740 by a devastating earthquake that hit many areas of the Balkans, even Constantinople. At the area of the port there still is a partly ruined medieval tower that had been possibly used as a lighthouse. Nowadays Kirra and Itea form a unique residential complex. Kirra's beaches are ideal for sea-sports, there is an organised beach at "Vrachakia"- and it has many rooms for rent, cambing facilities and traditional taverns with sea food Tritea is situated at the north-west of Itea bay, at an altitude of 380 metres. It is an ancient city which once was inhabited by Ozolians and Lokrians until 30 BC. It was an area submitted to the Roman Governor of Achaia. Near to the ruins of ancient Tritea , nowadays is situated the new village, which in the past was known as Kolopetinitsa, a name given due to a possible misunderstanding of Kalopetinitsa.
This text is cited Sept 2003 from the WebPage of the Prefecture of Fokida 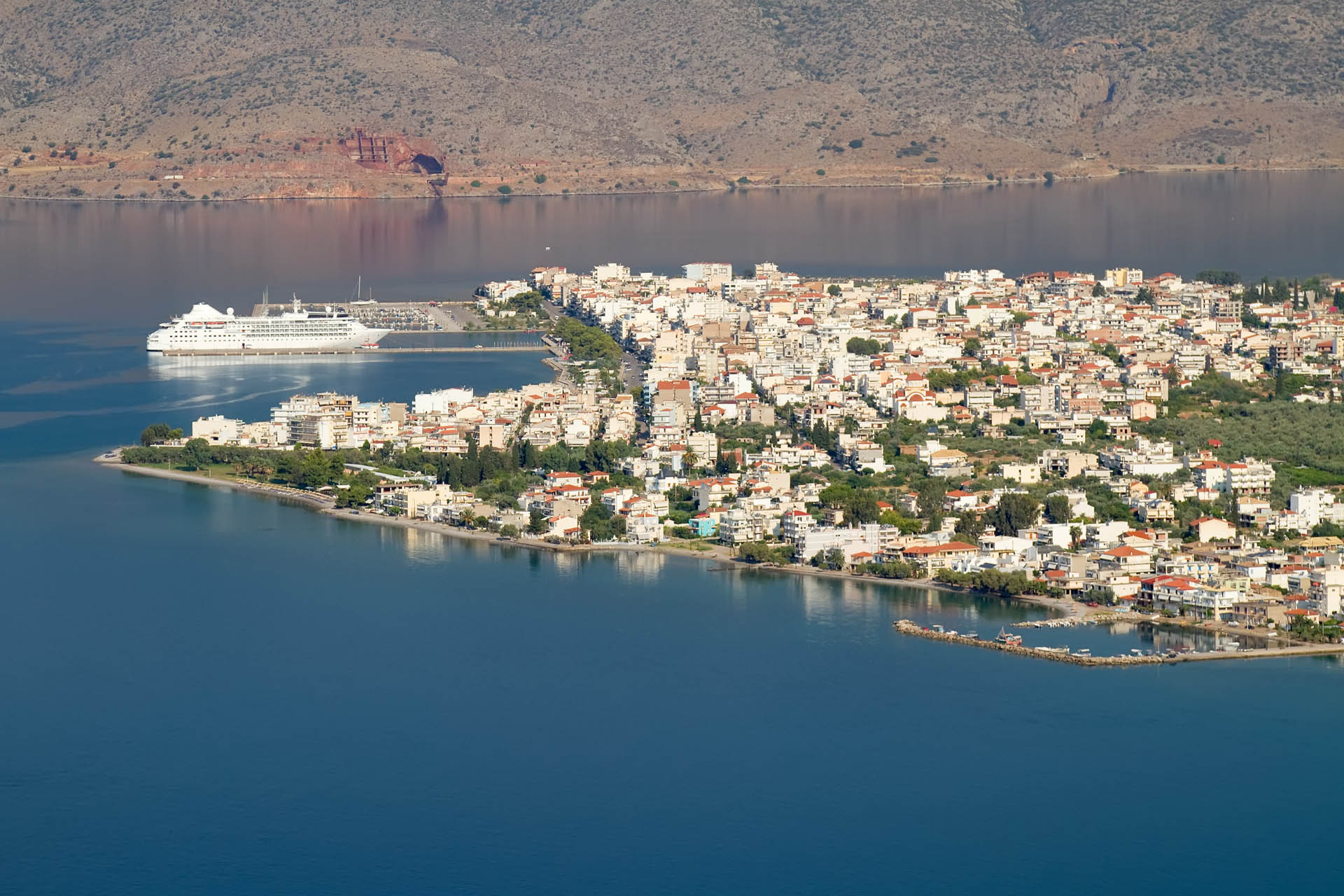 Displaying 10 out of 13 total photos found for ITEA. 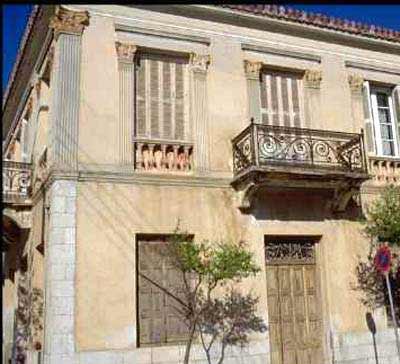 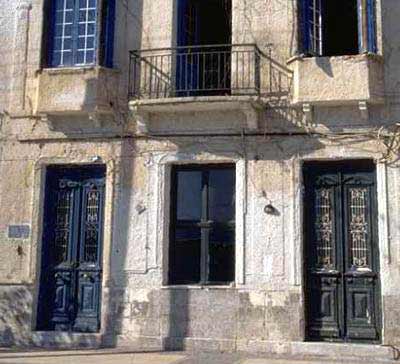 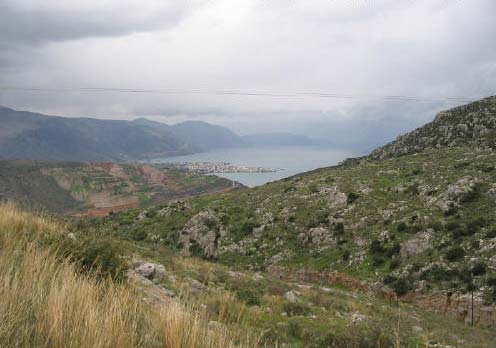 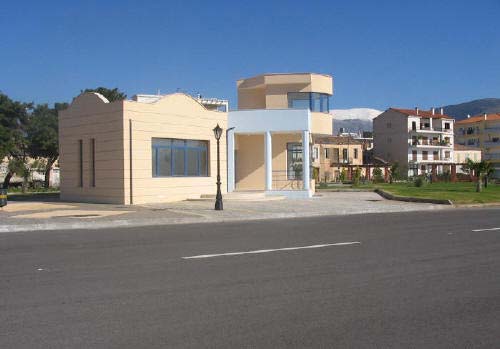 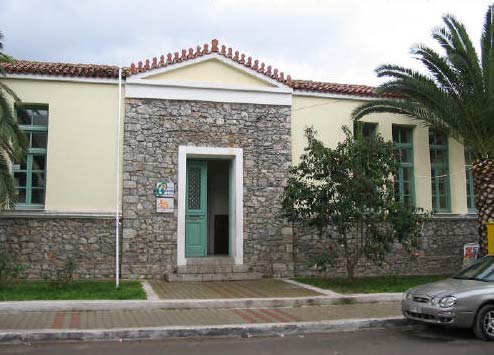 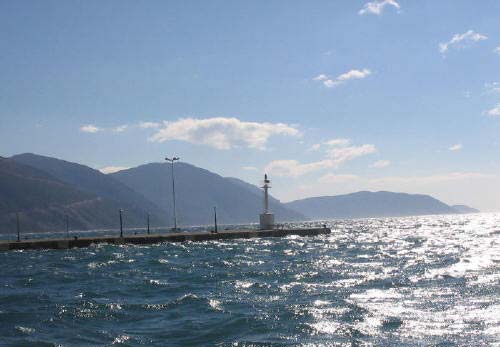 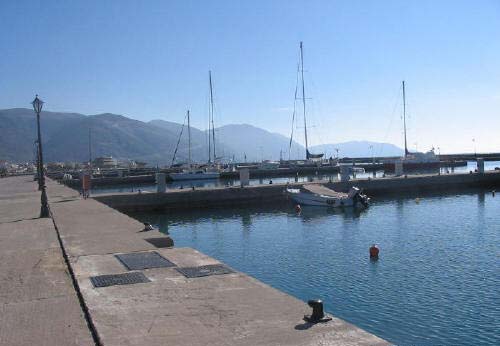 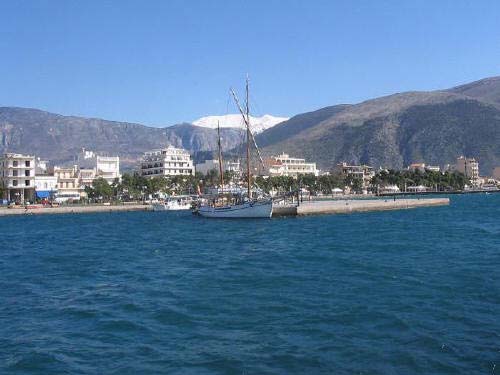 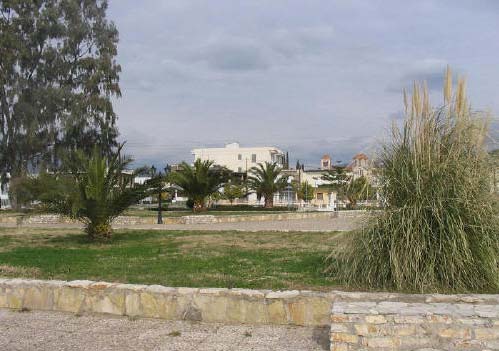 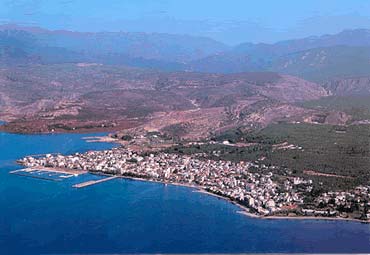 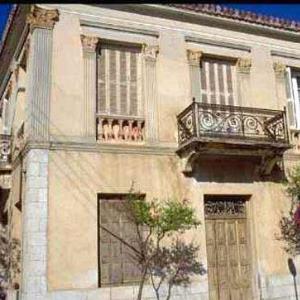 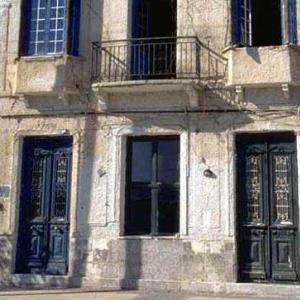 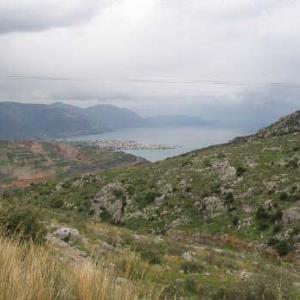 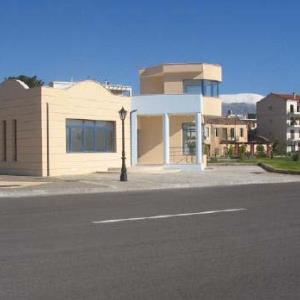 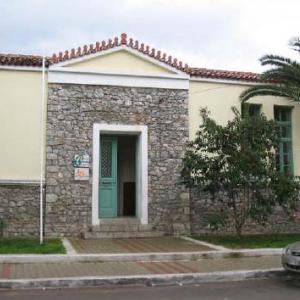 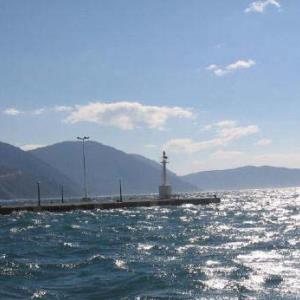 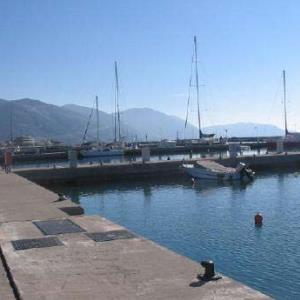 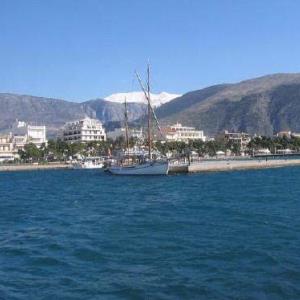 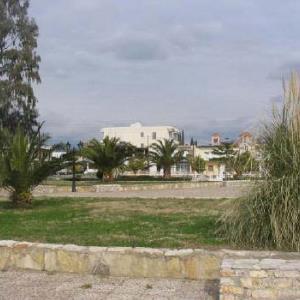 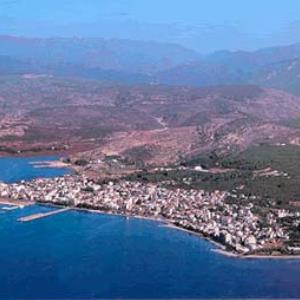 View all photos for ITEA