The monastery lies on the west slope of the Mt. Helikon, below the acropolis of ancient Steirion. It is enclosed by a wall and comprises two- and three-storeyed blocks of cells, a bell-tower at the SW corner, the Refectory on the south side and the two adjoining churches, at the centre of the enclosure.

The smaller church, dedicated to the Theotokos, was built in the 10th century. It is the earliest known example of the four-column, cross-in-square type, it has a spacious, two-column narthex on the west side and a portico to the west of it. This portico actually connects the two churches. The walls are built in cloisonne masonry and are decorated with rich brick (Cufic) ornaments. The diakonikon and the arched portico between the diakonikon and the pulpit were decorated with beautiful wall paintings slightly later in date (11th-12th century) but traces of earlier frescos have also been revealed.

The famous fresco of Jesus of Navi, discovered in 1965, dates from the 10th century and actually belonged to the facade of this church but was later covered by marble slabs when the wall became an interior wall of the katholikon. The interior of the church is distinguished by the rich sculptural decoration of the templon, the capitals, even the drum of the dome.

The katholikon is the earliest preserved example of the octagonal cross-in-square type of church, built in the first half of the 11th century. It has a large, tall cupola with a diameter of 9m. The domed central space is surrounded by two-storeyed cross-vaulted chapels. A two-storeyed narthex was built on the west side. The church was built of large, ancient stone blocks and the external walls are very simple, without brick ornaments.

The walls are veneered with marble slabs on the lower section and decorated with superb mosaics on the upper part and the upper floor. The mosaics represent the more severe and abstracted style of the Middle Byzantine decorative art and date from the first half of the 11th century. The Pantokrator and Archangels in the dome belong to a later phase. The mosaic decoration of the walls was completed by contemporary wall paintings in the chapels of the west side. The marble screen was decorated with icons by Michael Damaskenos, dated to the 16th century.

The katholikon is built over a large crypt, shaped as a cross-in-square church, with groin vaults forming the roof. It is dedicated to Aghia Varvara (St. Barbara) and contains three tombs: the one in the north wall is the tomb of Ossios Loukas. The roof and much of the walls are covered with wall paintings, dated to the first half of the 11th century.

The monastery was founded by the hermit Loukas Stereiotis, who lived in the area from AD 945 until the day of his death, in AD 953. The church of the Theotokos was built before his death. He was declared an Ossios of the Orthodox Church and His relics were kept in the church but were later moved to the crypt below the katholikon when this was built.

The katholikon was damaged by an earthquake in 1593 and its dome collapsed but it was rebuilt. The church of the Theotokos was also damaged by an earthquake in 1790 and was supported in 1848. The monastery again suffered serious damage during bombardments in 1943. Restoration works on the monument began already in 1848 but it was only in the first postwar decades, that a complete and systematic project was conducted, focused on the restoration of the katholikon and the conservation of the mosaics and frescoes. Today the Katholikon also functions as a museum. 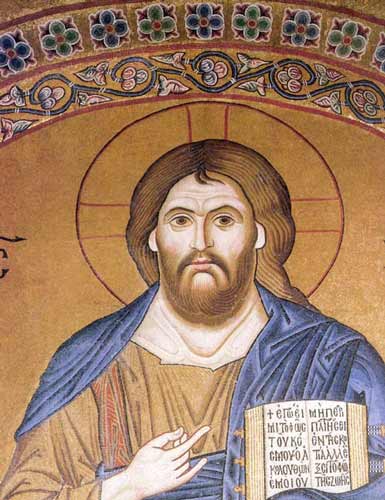 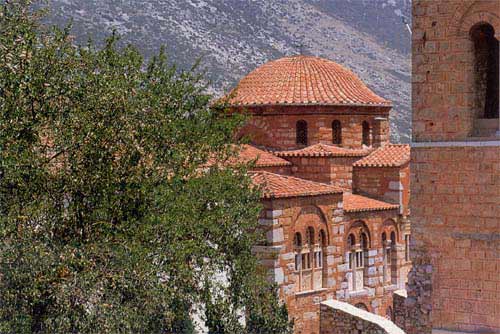 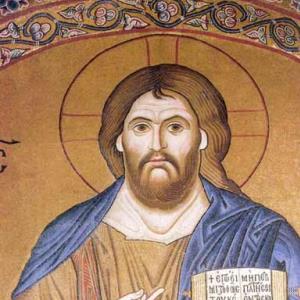 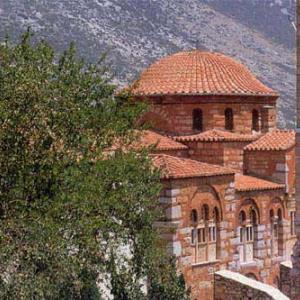 Northwest (NW) at the sides of: ELIKON Mountain, VIOTIA , GREECE