Archaeological site
Address: 32200 AKREFNIO , THIVES , GREECE
The ancient town was settled from the 8th century B.C. onwards until the Roman and Byzantine periods. The Acropolis of ancient Akraiphia lies south of the modern village Akraiphion, on the Skopia hill. Preserved is part of the fortification walls of the Hellenistic period comprising a pentagonal tower with its gate. Ancient blocks and inscriptions were used in the construction of the church of St. George.
The Acropolis of ancient Akraiphia has not been excavated except of a small research undertaken by Y.Garlan and published in the Bulletin de Correspondance Hellenique, v. 1974.
The Sanctuary of Apollo Ptoios lies East of Akraiphnion on Mount Pelagia. The monuments are arranged on three terraces comprising a temple (archaic-hellenistic periods) around which stood offerings of statues (kouroi) and tripods. On the lower terraces are stoas, a large cistern and the oracular spring. The Sanctuary of Apollo Ptoios was excavated in several periods since 1885 by the French Archaeological School. 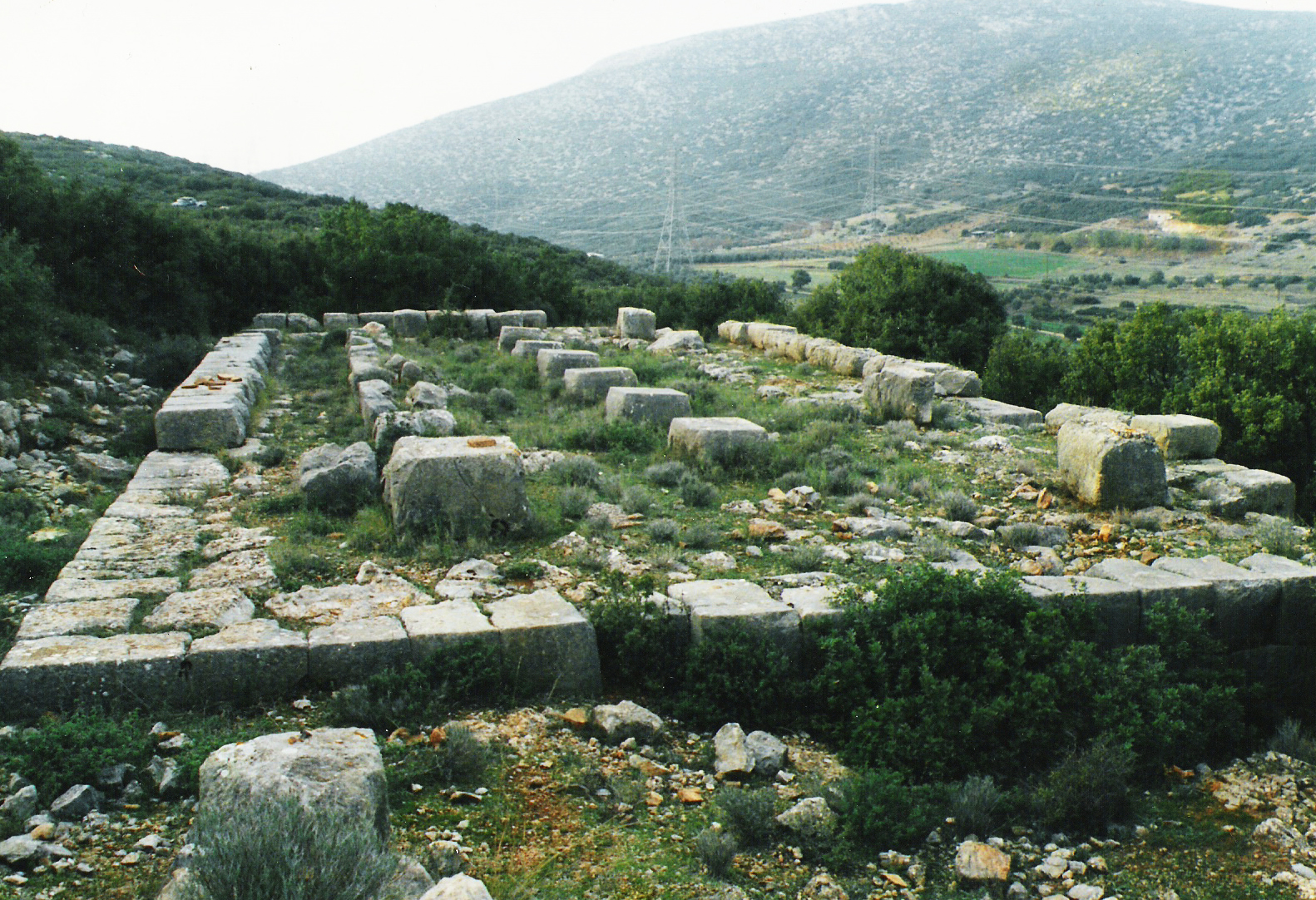 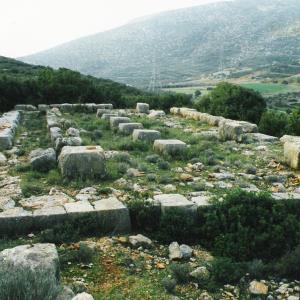