The most important defensive work of the area from antiquity to more recent times. The history of the fortification is closely connected with the history of Corinth itself. Sections of the wall are discernible from ancient pre-Christian times, the Byzantine period, the Frankish domination, the Venetian domination and finally the Turkish occupation. The fortress is accessible from the western side, departing from the modern village of Ancient Corinth.
The fortress is secured by a system of three circuit walls reinforced by towers. On the highest of the two peaks of the mountain are traces of the temple of Aphrodite on the site, where later stood a church and subsequently a Turkish mosque. The second hill top, at the SW edge of the precipitous rock, was fortified during Frankish times and formed the inner keep of the fortress. Remains of churches, mosques, houses, fountains and cisterns are preserved within the second and third precinct.
Conservation and restoration has been carried out on various parts of the wall and on a few buildings. The Upper Peirene Spring received conservation and protective work around 1930. In 1965-66 the bridge over the dry moat and the guard house at the entrance were restored. In 1972-73 the wall between gates a and b was reinforced. In 1978 the northern end of the seconnd peribolos wall was reinforced, near the Kanoni site. In 1980 parts of the outer side of the third peribolos wall were reinforced. In 1993-95 the bridge over the moat was replaced and the wall between gates b and c were reinforced and parts of the calderimi paving repaired.
Excavations were carried out by the American School in 1926 on the highest part of Acrocorinth which demonstrated the continuous use of the place from archaic times down to the beginning of the 19th century. At this same time, the excavators opened trenches in the wider area as far as the Upper Peirene Spring, revealing a cemetery of the Turkish times. 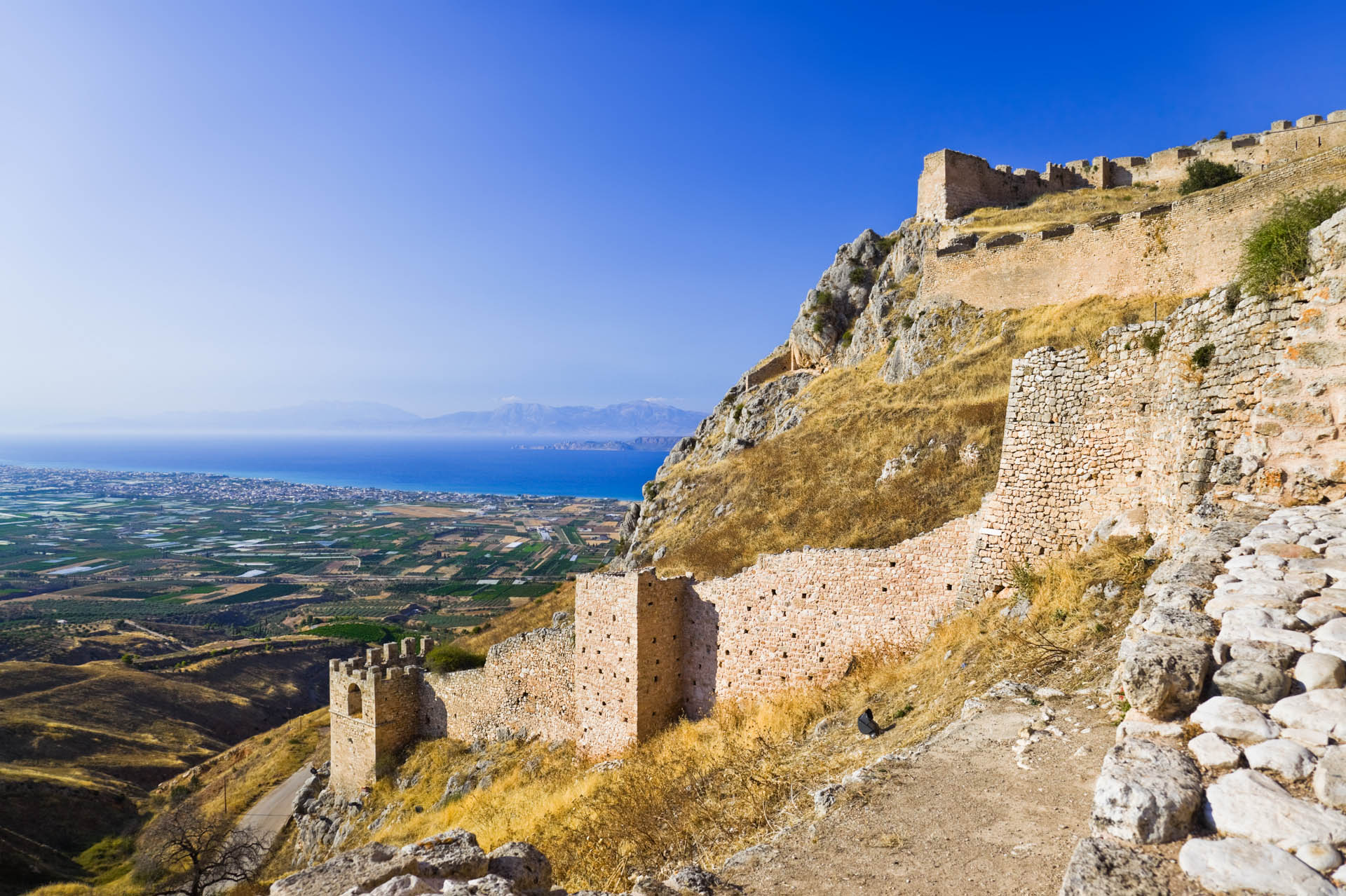