The temple of Apollo, doric peripteral built by Aeginian limestone, is dated since 520-500 BC.

An important town which flourished during much of the Bronze Age (2500-1600 B.C.). In archaic times a temple of Apollo was erected on the site. The one remaining column that stands to date has given the area its name.

The main monuments and architectural complexes of the archaeological site are: 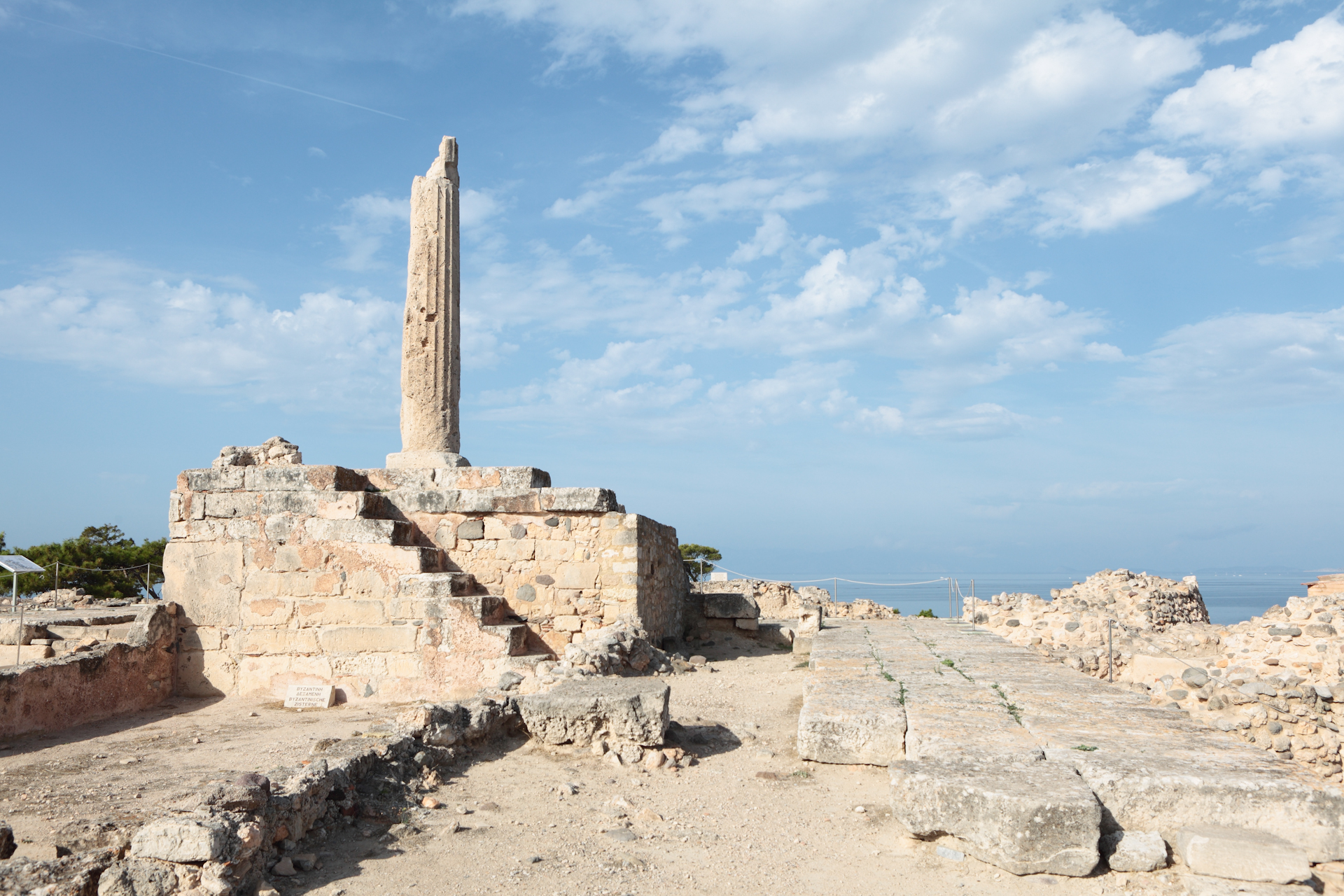 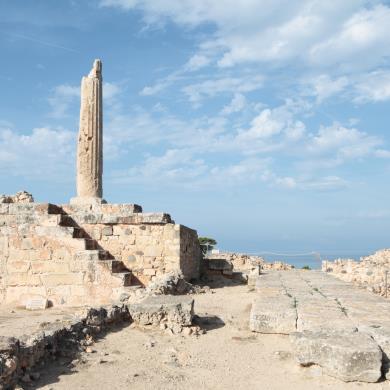 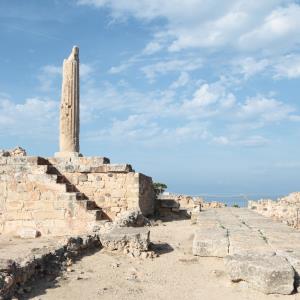