Naxos is the largest and most fertile of the Cycladic islands. It is also an island of exceptional natural variety: lush valleys, olive groves, unspoiled beaches and secret coves, mountains with crystal clear streams, the island is a microcosm of exceptional natural diversity. For instance, even during the mid-summer heat, the air is cool and exhilarating at the mountainous village of Apiranthos, one of the island’s many charming villages (another is Filoti), not to mention those at the olive and citrus groves of Tragaia (e.g. Chalki), a semi-mountainous central region. A cluster of islands off the east coast of Naxos, the Small Cyclades, (Koufonissia, Schinoussa, Iraklia, Donoussa), all a hop away, including a cluster of tiny uninhabited ones (Glaronissi), are an added bonus: the overall ambience, the wildlife and the swimming spots in most of the Small Cyclades are out of this world. Entire stretches of the island’s central and southern regions are Natura 2000 protected areas of particular environmental interest. Three of its mountains, Zas, Mavrovouni and Kronos are part of the nation-wide network for protected bird habitats.

In addition to having the distinct honor of being the birthplace of Zeus, also the name of the highest peak of the Cyclades, Naxos is also an active community of almost 20,000 people who are proud of their culture (there are numerous fairs and festivals, most from May to September) and local products, including their famous cheeses and spirits. The jewel of the main town, or Chora, is its Venetian fortress, just one of the many monuments and buildings of special architectural interest that span the centuries and adorn almost every corner of the island. These include stately tower houses built by the Venetians in the 1600s with the double purpose of protection from pirate raids and as symbols of social prominence, and the Chora’s spacious and elaborately decorated mansions in the mediaeval town around the fortress built by wealthy merchants in bygone days.

Like many islands in the vicinity, Naxos has its own share of superb beaches, including the two most popular and family-oriented ones of Agia Anna and Agios Prokopios. Mikri Vigla over the years has become popular among the windsurfing and water sports crowds. Plaka, one of the longest sandy beaches of the island, has something for everyone. Pyrgaki, Alyko and Agiasos offer a stunning environment of sand dunes and cedars, coves and fine sand. Kalandos is a sandy beach with beautiful shallow waters at the southernmost part of Naxos, which along with Panermos are perfect for swimming during the sparkling meltemi (northern wind) days of the summer. Moutsouna and Psili Ammos, across the Small Cyclades, are two of the quieter swimming spots on the island’s east coast. 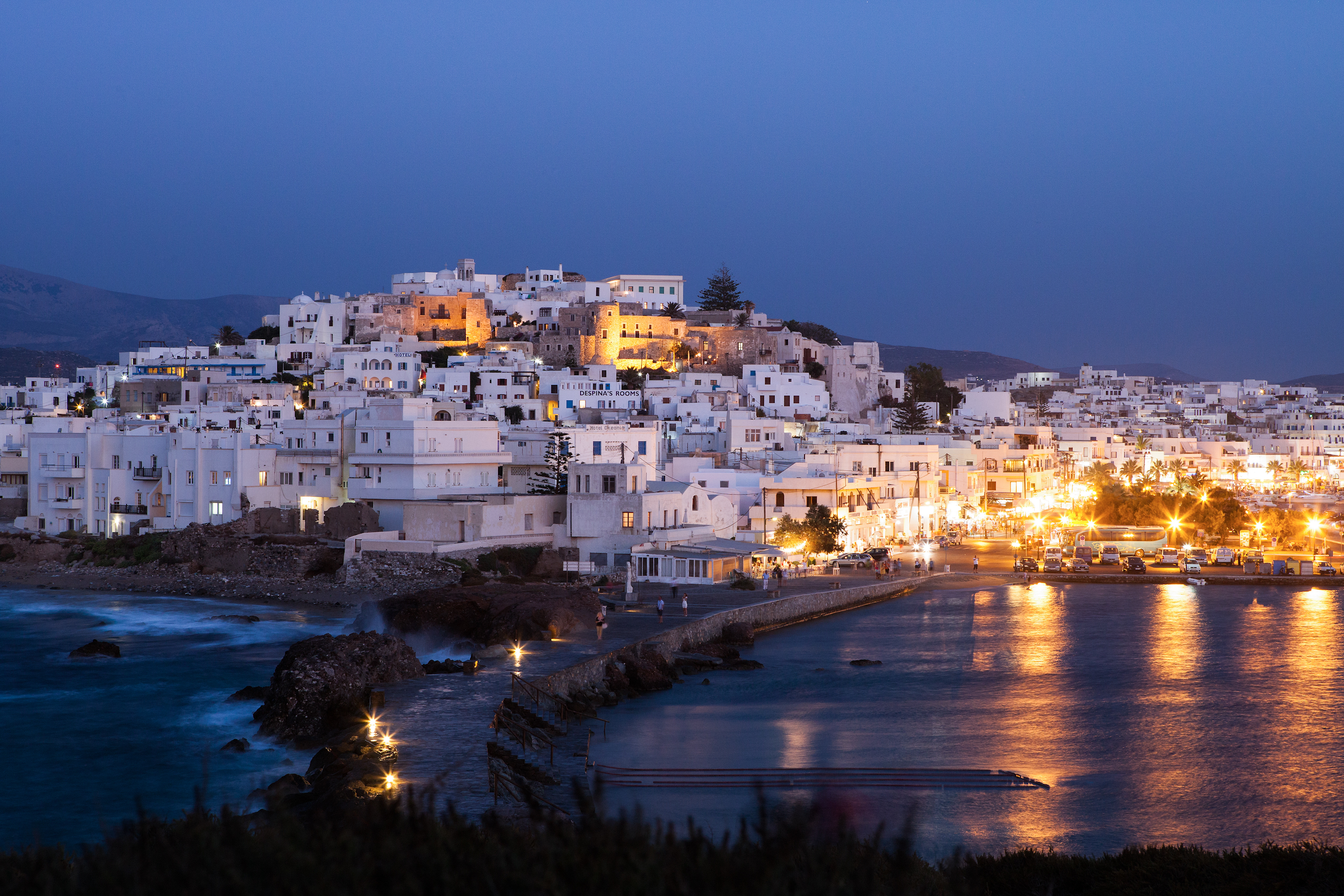 Displaying 10 out of 32 total photos found for NAXOS. 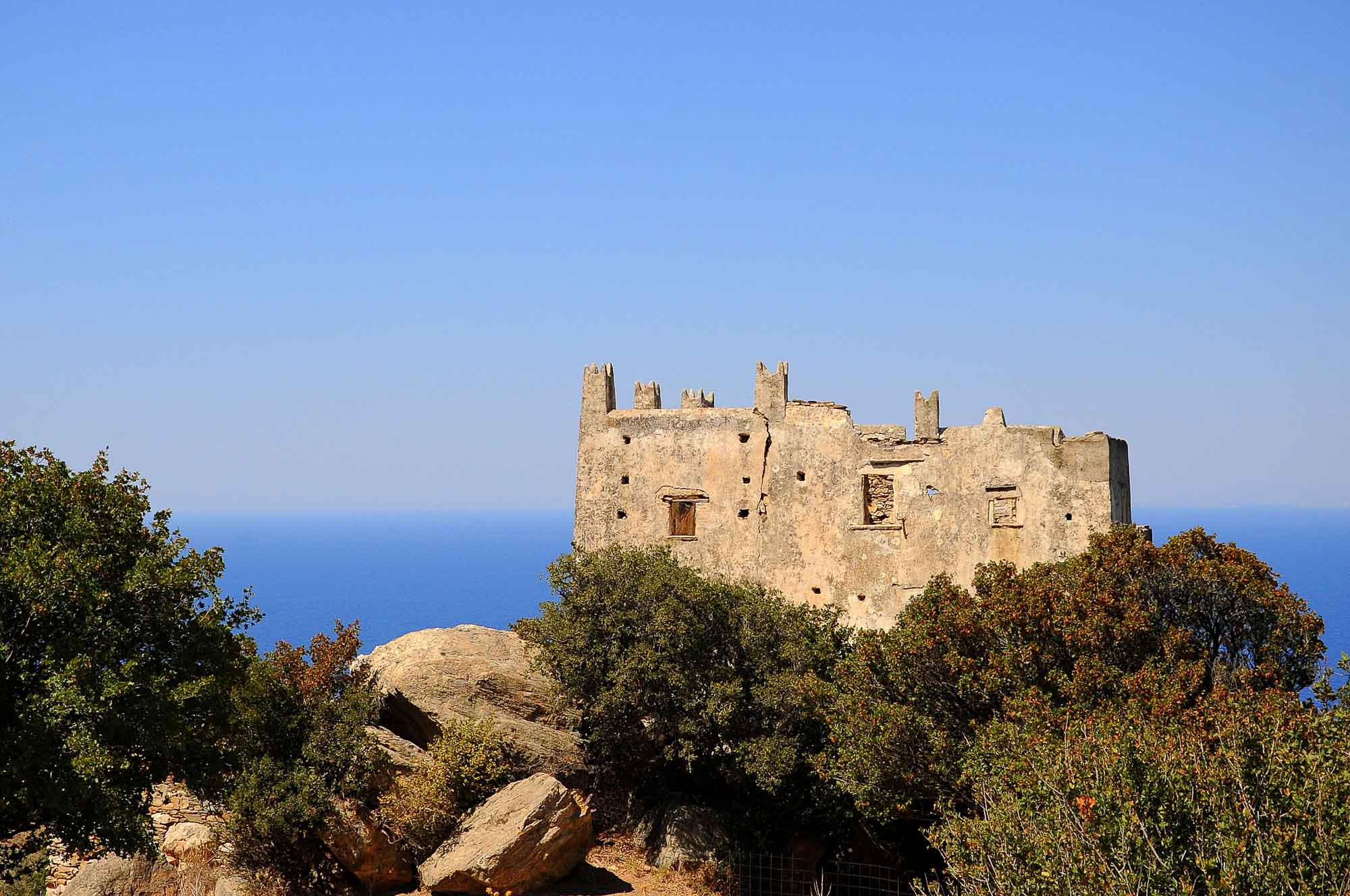 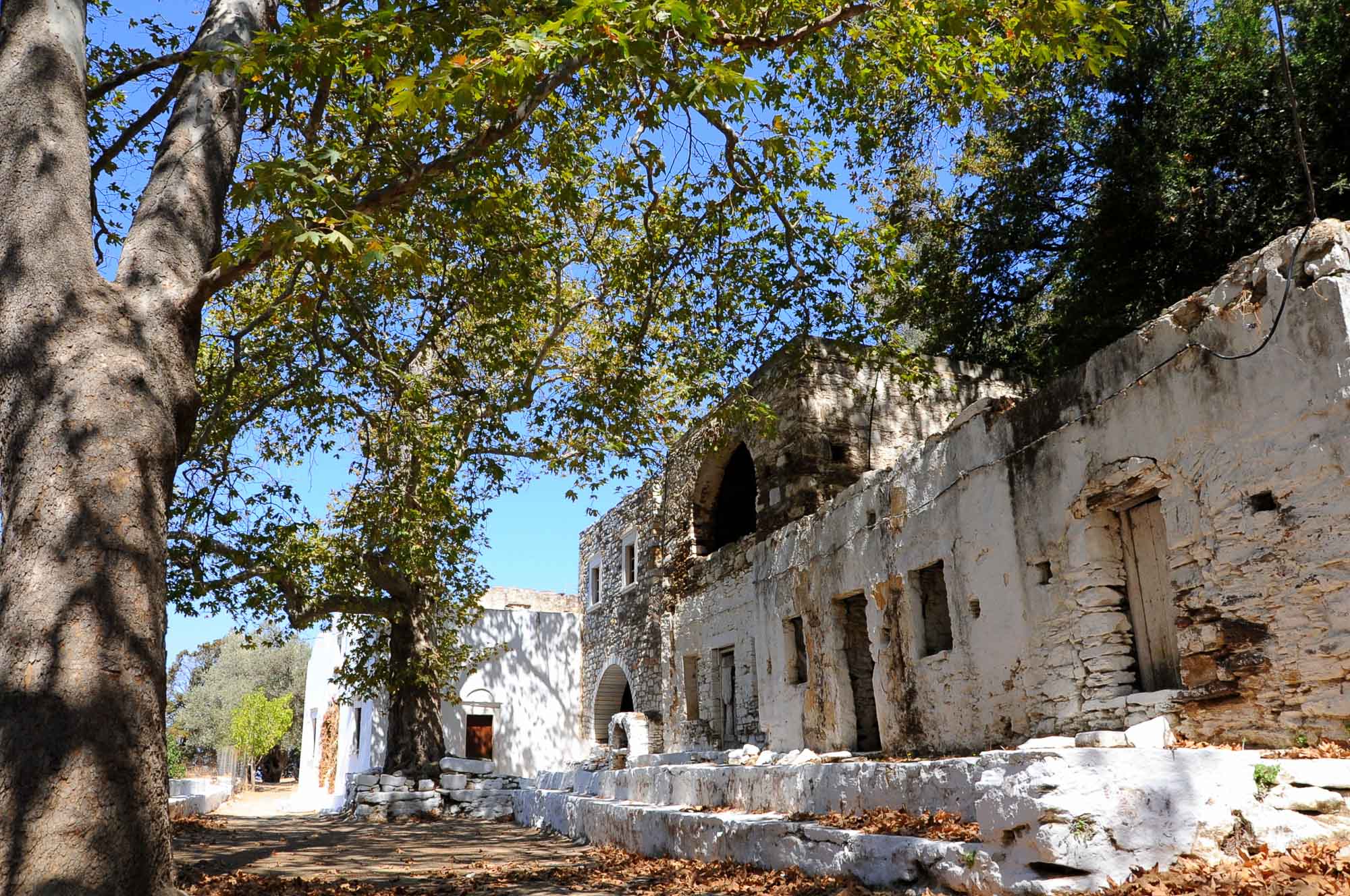 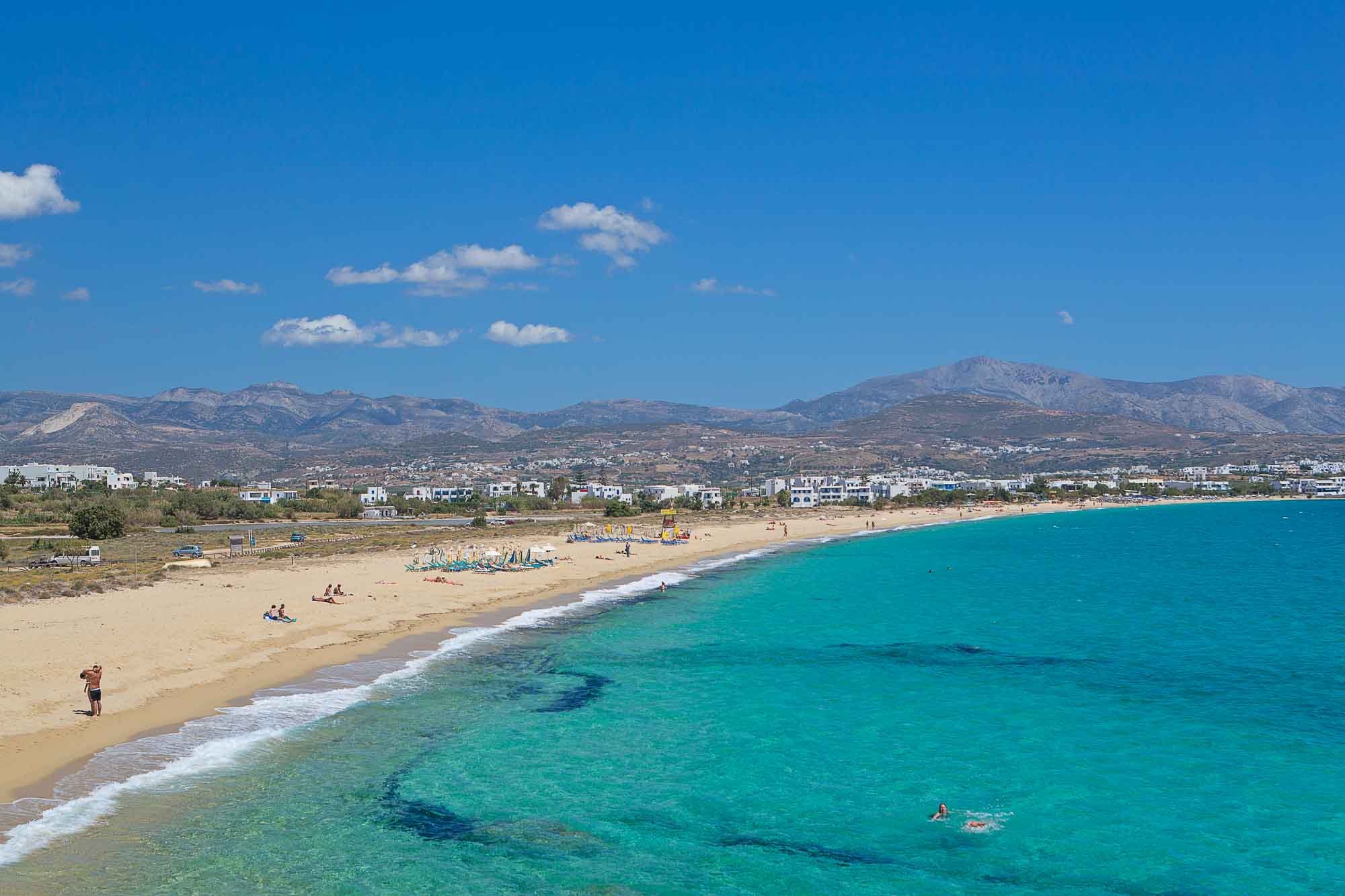 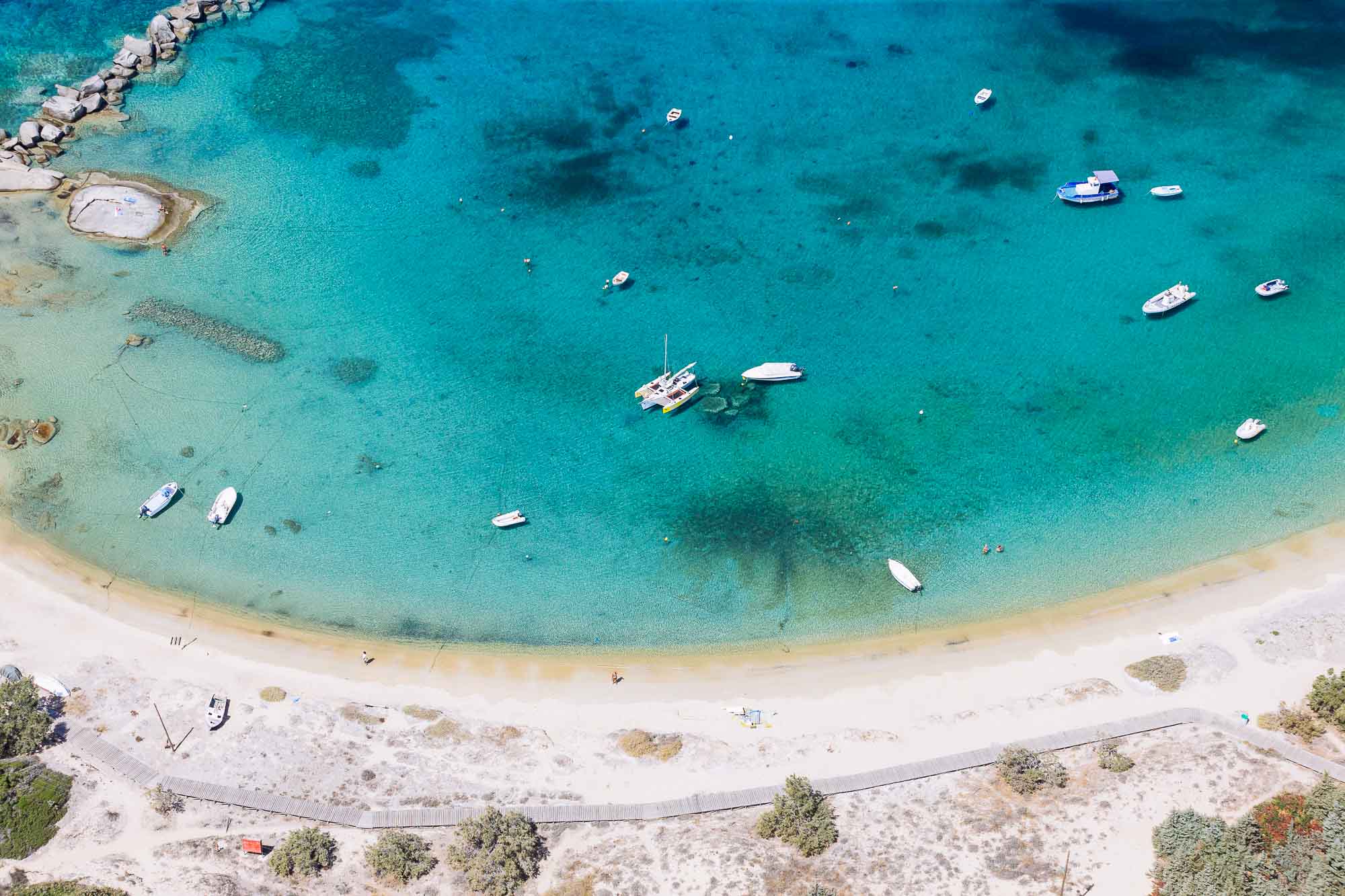 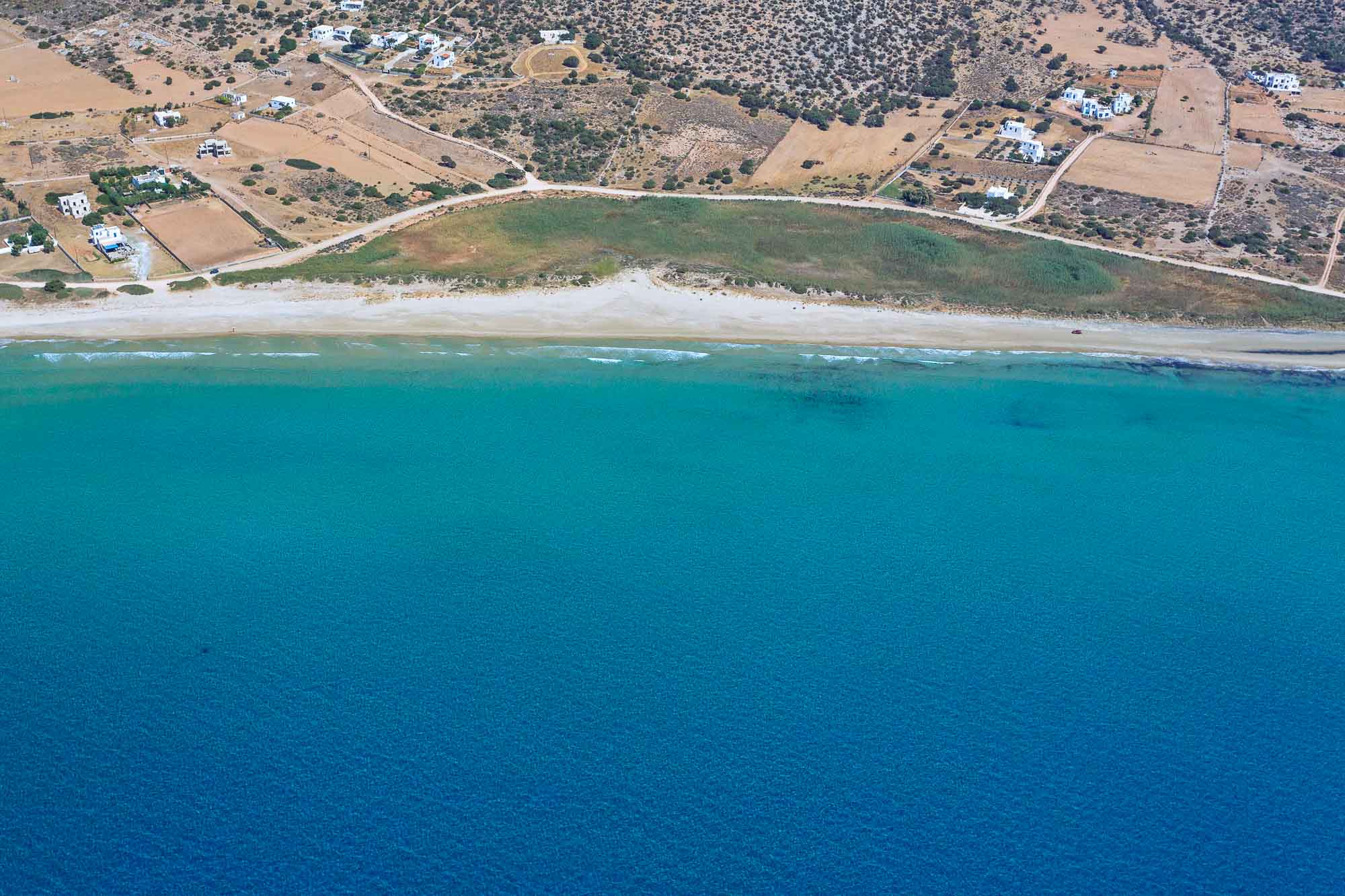 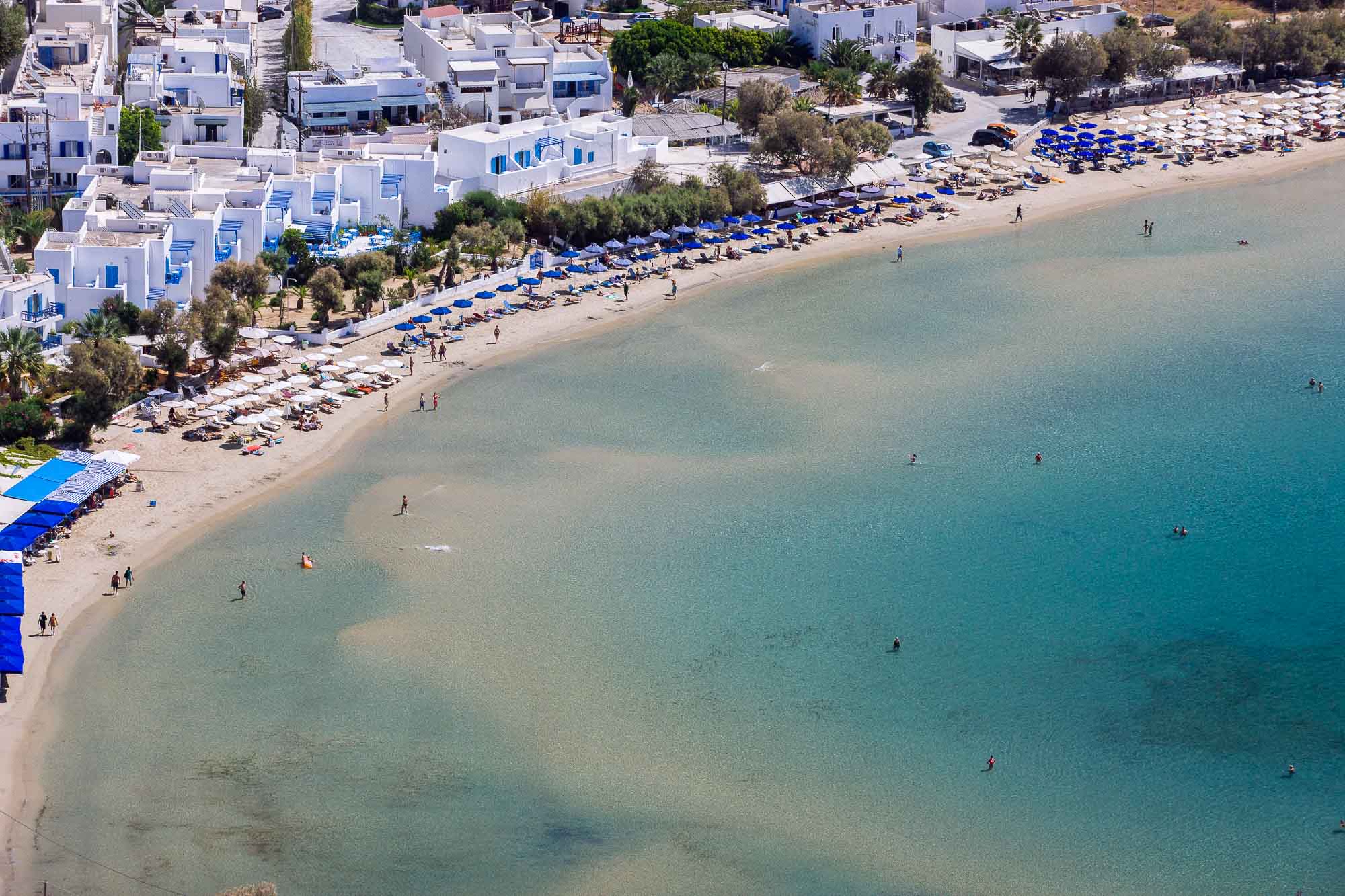 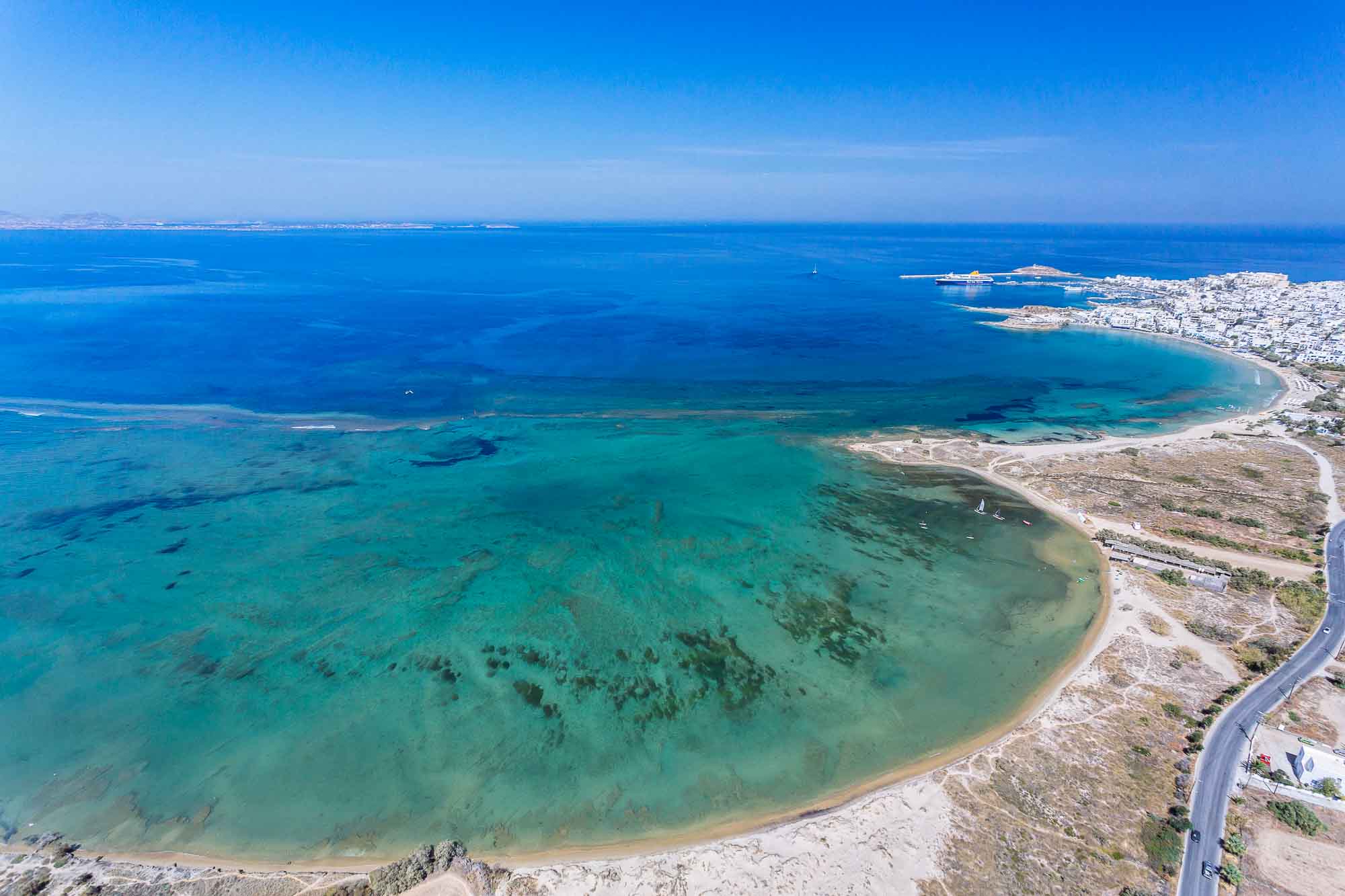 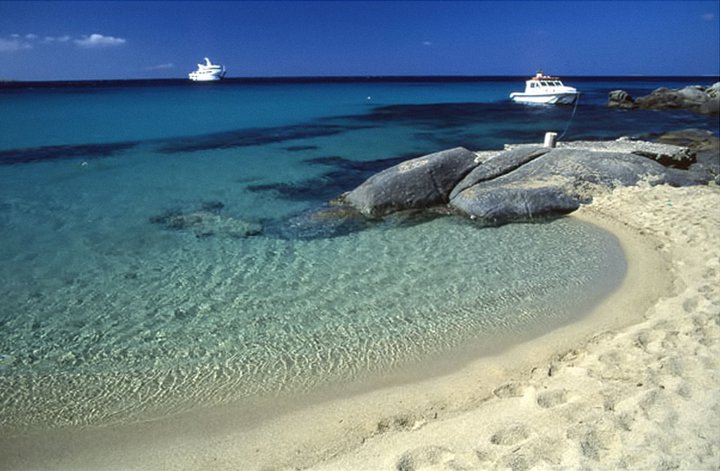 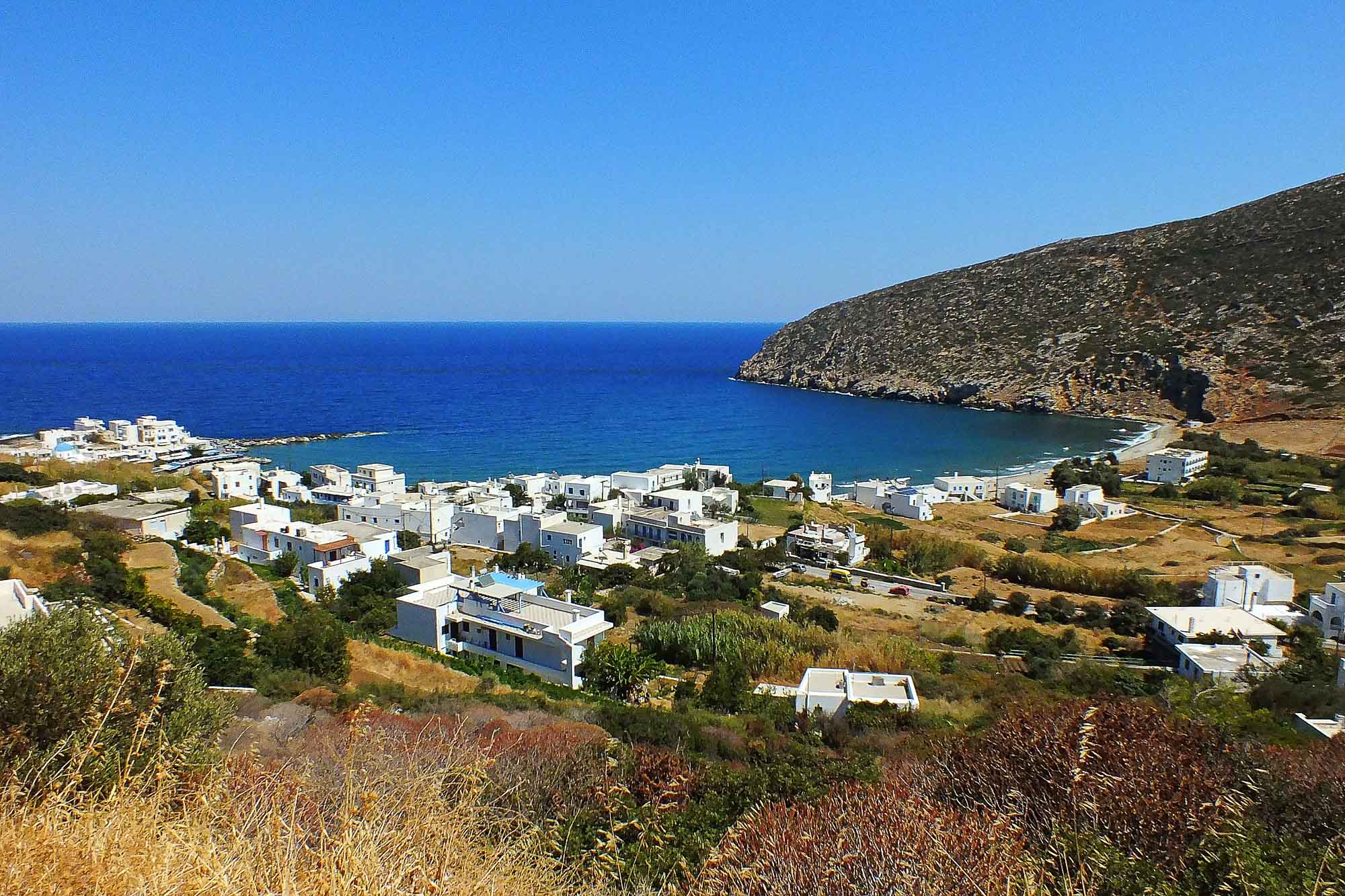 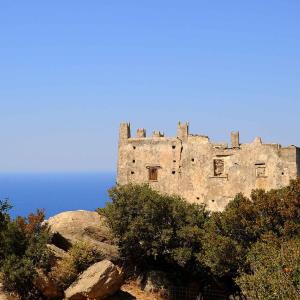 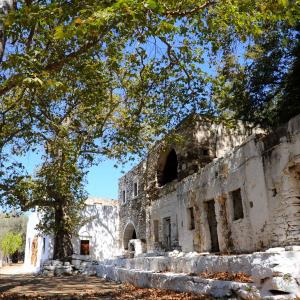 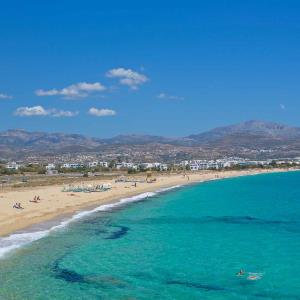 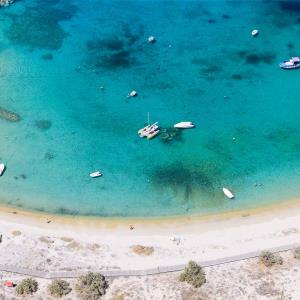 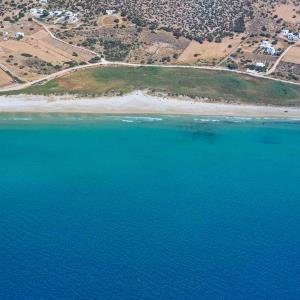 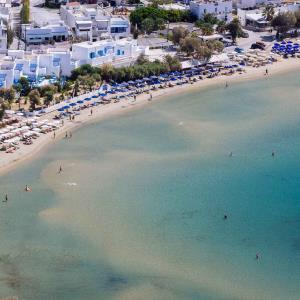 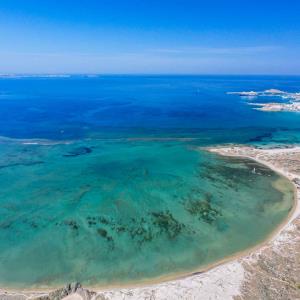 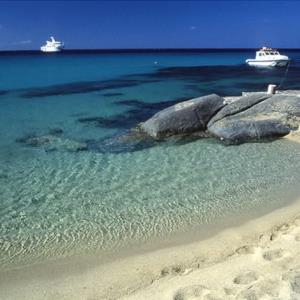 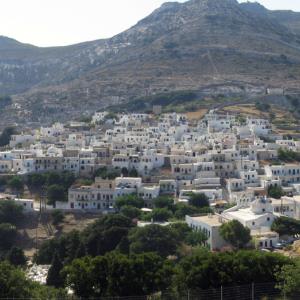 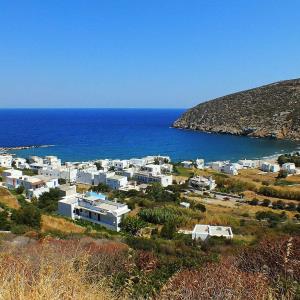 View all photos for NAXOS